I know, I've been ignoring this blog. I've been working on other stuff that mainly includes organization and cataloging all my cards. I'd say about 5 days a week, I spend at least a little time working on that stuff. It's enough to keep the itch scratched since I'm unable to purchase cards for a little while. Even without the purchase that I made, I still would have had to cut back because we've been nailed with some auto repairs as well as my oldest daughter (who's off in college) has had a few setbacks that we had to fund for her so either way, I'd be sitting here not buying cards.

Part of the cataloging I've been doing is adding photos to the Google Doc that has all my cards listed so today's randomed cards will come from the almost 3000 cards that I've got photos attached to so far.

I actually got this card before the Vintage collection came about because I was trying to complete the set because it was the first year I collected.

Purchased this card before I had set my cheap limits of purchasing cards. I certainly don't mind paying a buck for a vintage White Sox card though.

If I remember correctly, Eric had sent me a bunch of 1981 Topps cards when I announced I was collecting the set. This is the 2nd card from this post that came from that trade.

The fourth Vintage card of this post as well as the fourth card I picked up in 2012. Even though the number have varied quite a bit. 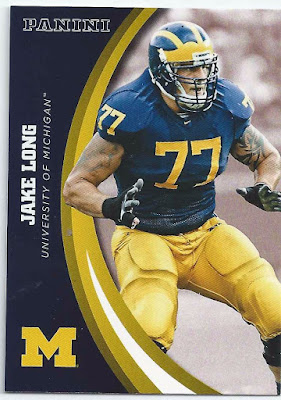 Dennis sent me this whole set and it is pretty awesome. It has players for multiple sports and multiple generations, it is just a really cool set.

Not to much variety on this post, out of 5 cards you got 4 vintage and 2 team collections. I randomed 3 times then took the first 5 numbers and it just worked out that way. I'll try to at least get a few of these posts up every so often, just to keep the blog alive during my hiatus from purchasing cards. I'm not sure when I'll be able to start buying again but right now, it'll be awhile. Especially if our cars continue to cost us money.
Posted by Jeff Laws at 2:09 PM No comments: