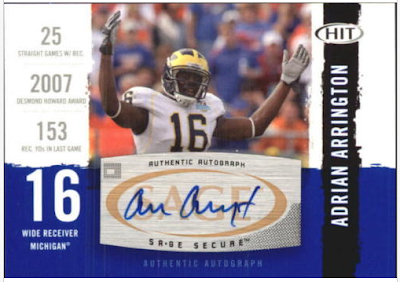 I should start a player collection of him, according to my Michigan list, this is my 7th autograph of Adrian Arrington. I picked this up for $1.42/shipped so how could I really pass it up anyways.
Posted by Jeff Laws at 9:35 PM No comments:

I got a few cards today. A couple I've been trying to win and a relic I've never seen.

We'll start with the relic. 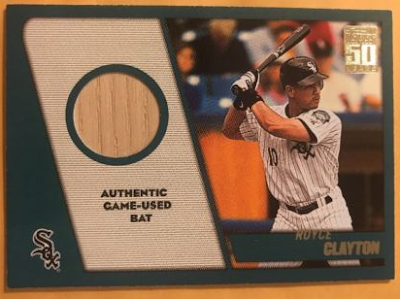 I've seen the 2001 relics so that wasn't new, I just don't think I had come across a Royce Clayton one. Between being a 2001 and it being Clayton, I'm sure I would have won it sooner had I seen it. I picked it up for $1.51/shipped. 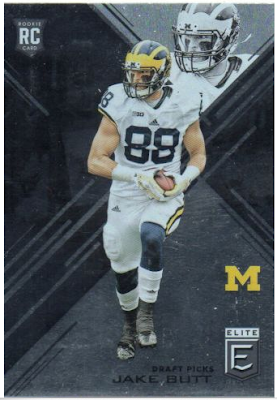 I picked up these 2 from the same seller. I only won them because I decided to up my high bids for Michigan cards from a quarter to $.50. I got tired of losing them for $.30 all the time. Although I picked these 2 for $.50/each/shipped. It's only my 2nd card of Chesson but my 4th of Butt.
Posted by Jeff Laws at 9:28 PM No comments:

I got one card today, well, technically, yesterday but I went to the gun range so I didn't get time to post it then. It's one of the ton of parallels to the Topps sets now-a-day. I like the looks of the different colors. I hate having to collect all of them. I picked this one up for $.23/shipped. I liked Quintana and was sad to see him go but I understand the rebuild. It's a feeling us Sox fans have gotten used to. It was a lucky trade for him though, he doesn't even need to move.
Posted by Jeff Laws at 8:54 PM 1 comment:

A couple of Sox

I got another 2 cards from 2 different envelopes. I'm not sure if they came today or yesterday since we didn't get the mail yesterday. Kids had school cancelled because of the freezing rain at below freezing temperatures so they didn't grab them and when I got home, I forgot to grab it. Oh well, you get today. I picked up this Opening Day card for $.19/shipped. I was pleasantly surprised when I took it off my team set list because it leaves me to only 1 more card for that set. 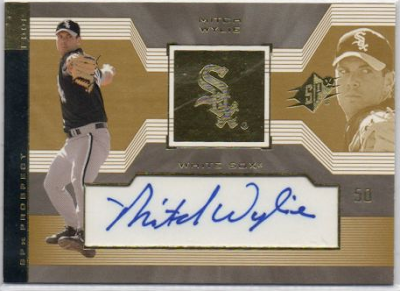 I got a card on Monday, like I figured I would, but I didn't get around to posting it until today. I haven't received anything else so I will be caught up after this post.

I won this card for $.25/shipped but after a month of not receiving it, I filed a claim. After no response, ebay reimbursed me. A couple of weeks later, the card showed up in the mail with a note apologizing and saying she had a medical issue. I still went and put positive feedback. While I would have waited if she would have just emailed me and told me I'd get it late, I don't know what she was going through, if anything. I got the card, free at that, so I'm not going to complain. 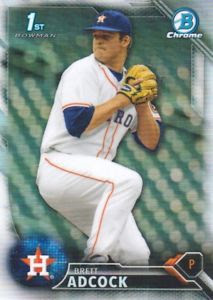 Who is he and what collection does that go into? He pitched for Michigan and was drafted in the last few years. I have started player collections for all players going pro that played for Michigan. This is the first of this player collection and if he ends up not having but a few cards, I'll end up not keeping the collection. This is the beginning though and a refractor to start with.
Posted by Jeff Laws at 10:12 PM 2 comments:

2 cards and a coin

I got lazy again, I had gotten 3 envelopes with 3 cards, sorta, but I got them on Friday and I just never got around to posting them because I had a somewhat busy weekend. I ended up with today off work so you're getting this post earlier than the norm and if I get more cards later this afternoon, you might get those tomorrow. 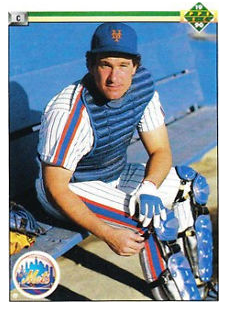 I thought I already had this as I had an 1990 Upper Deck listed but apparently he has 2, the other being him in a Giants uniform towards the end of the set. I picked this up for $.17/shipped. It is my 113th card of the Kid.

I also managed to pick up this coin from Topps of Mike Schmidt. I really wasn't expecting this just because coins are more rare and they end up going for over a quarter. I got this one just under a quarter at $.23/shipped. It is my 122nd card (sorta) of Schmidt. 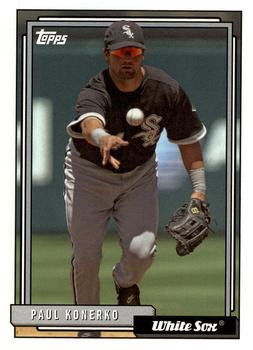 I was happy to grab this as I don't get to pick up to many Konerko's anymore, especially a newer one since he retired. This is from 2017 Archives and I got it for $.23/shipped and it is my 441st different Konerko.
Posted by Jeff Laws at 12:44 PM No comments:

I had a busy day today with 9 cards coming in. It all came in 2 envelopes though since 6 came from one seller and 3 from another.

The first seller had a bunch of 2017 Topps and Update and I grabbed what Sox I could get as well as a couple of player collections. 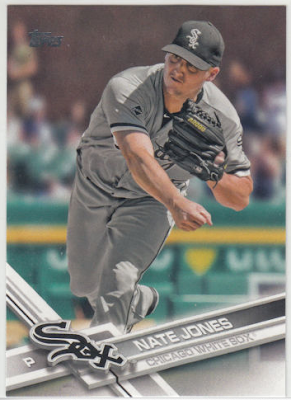 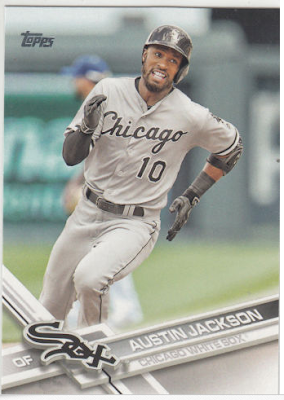 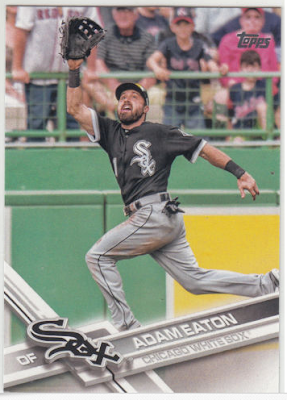 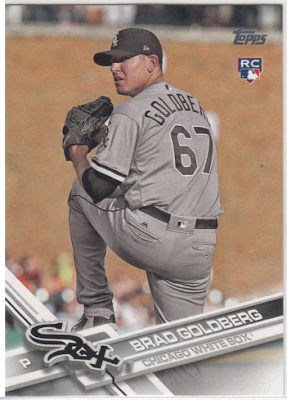 The first 3 are all from the flagship and the Goldberg is from Update.  I picked up the Nate Jones for $.16/shipped, the Austin Jackson for a penny/shipped, the Adam Eaton for $.23/shipped and the Brad Goldberg for $.25/shipped. 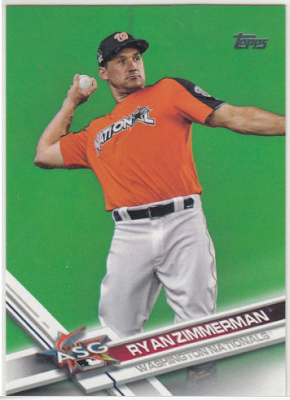 I also managed to grab this Zimmerman, also from the update set. I picked this up for $.25/shipped and it is my 87th different Ryan Zimmerman card. 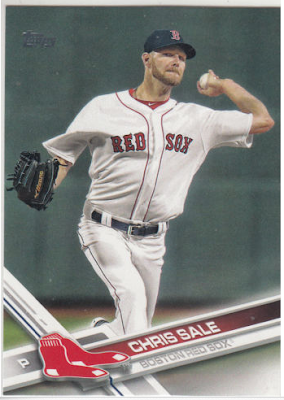 I also managed another Chris Sale. This is only my 2nd one in a non-White Sox uniform. I grabbed this one at $.23/shipped. It is my 130th different card of Sale.

I also managed a few more expensive cards from another seller. 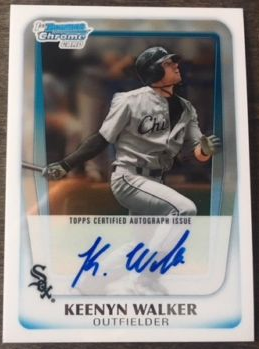 I remember when the Sox were pretty high on this guy, or at least I recognize the name so I assume they were. I grabbed this autograph for $1.25/shipped. 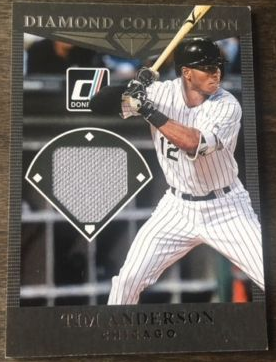 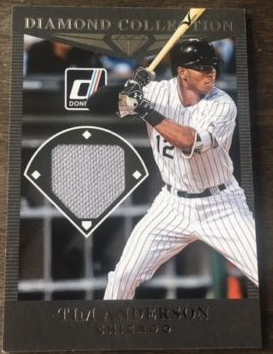 You're not seeing double, I actually won both of these. I bid on both thinking I might win one but I managed to get them both. I paid $1.90/shipped and $2.13/shipped for them. I keep dupes of relics or I may ship one off to 2x3 Heroes if I ever get another package for him together.
Posted by Jeff Laws at 7:38 PM No comments:

I didn't get any cards today but I figured I could put out a New Years post. I need something to do after that embarrassment of a bowl game. If you follow my other blog, you know that I like to keep stats and I keep a few that are sports and sport cards related.

We'll start with sports watched. To qualify as a game watched, I have to watch at least 3/4 of the game, which for the most part, I probably watched it all anyways. 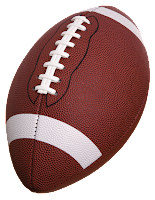 Most of these were Michigan games, to be honest, the only one I can think of that wasn't was the Super Bowl. I just can't get into the NFL anymore. Not because of the whole kneel thing, but I just don't enjoy the games anymore. I actually stopped watching the season before. 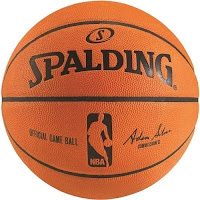 Most of these are Michigan games as well but it's 2 different teams as I watch both the men and woman's teams. There might be a Bulls game in there once or twice but I couldn't tell you for sure. 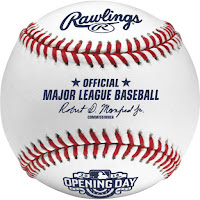 Other than the White Sox, the only game I can think of would be the All-Star game that I watched. There might be a Michigan baseball game or two as well. I watch them when they are on but they don't broadcast to many.

As you can tell, I'm not one of those guys that watched sports over and over. I tend to watch my teams and that's about it. I'm sure my wife appreciates that. All those other than 1 football game were watched on TV. I also went to a Michigan football game as well.

I also kept track of how many cards for each collection I received over the past year. Here's that breakdown. 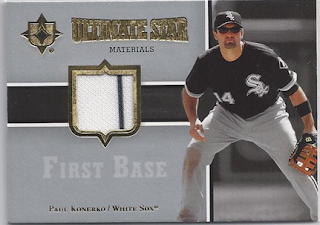 The Dravecky at 0 doesn't surprise me as he doesn't have a ton of cards but the Aparicio does. I figured I'd get at least 1 or 2. 12 of the Konerko cards came from 2x3 Heroes and Too Many Verlanders which is why it's so high. 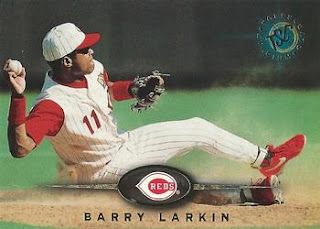 A lot of those are Michigan players who will end up losing the player collection status. If I don't end up with at least 10 cards in a couple of years, their cards are no longer player collections since a lot of the times, the go pro but don't get a lot of cards produced or they get dropped from teams. 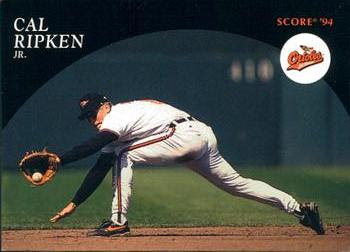 I imagine these numbers will slow down once I get most of the 80's cards of these players (except Zimmerman).

I also kept track of my team and vintage collection pick ups.

Again, a lot of those vintage pick-ups were probably 80's cards because I can always come across those cheap.

Also, this year, I've gotten over 9,300 of my cards listed on my spreadsheet. 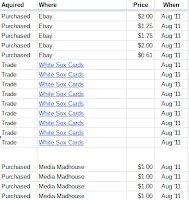 I had to split it into 2 pics to show you a small sample. The black on the far left means I have posted it on its separate blog as well. The purple means I have used it on my random card from my collection on my Twitter account (sportobsession6).

I also posted over 10,300 cards posted on My Personal Collections blog. It's been slow going but I've been getting there. The links on the card numbers on the spreadsheets above go to the corresponding page on this blog.

I posted 132 posts last year, which other than 2012 when I was doing 3 a day for awhile, is average for the years. It was also an increase from the last couple of years so that was good. I think posting when I get the cards has helped instead of being lazy and posting when I get around to it.

That's all I got for today. The mail starts up again tomorrow (along with work, blah!) so we'll get back to regular posting.
Posted by Jeff Laws at 7:40 PM 2 comments: