I don't know if this is an official Blog Bat Around but a bunch of people are posting about it so it is what it is. I believe Night Owl started the full post but it was inspired by Fuji. Since I didn't get anything in the mail the last couple of days and since it is just a touch cold here and work is closed for a couple of days, plus I know I'm not getting any mail today, since there is none getting delivered because of the cold, this will be a good time to post. If you're wondering if I'm serious about the cold, check out my post on Random Thoughts.

All the scans of cards come from My Personal Collections where I'm scanning all my cards. I may not be able to fill all the players but we'll see.

We'll start with the American League Central for obvious reasons.

*I don't have any Jim Thome cards with the Indians yet.

Next up is American League West.
None

Last and least in the American League, the East.

First up in the National League, the Central.

Keeping up with the AL list, we'll do the West next.

Last but not least the National League East.

What this exercise has made me realize is that I don't pay to much attention to the rosters of other teams anymore and I'm pretty sure that I know why. Back in the 1980's and 1990's, I bought packs and collected all cards and not just my pc cards like I do now. Makes sense doesn't it? I'd like to get back to collecting all cards but when I make that decision, I tend to go nuts and start spending a fortune at a time. I've started to lean this way with the Baseball collection, but even that, I'm only paying a dime a card. I really want to start buying packs again, but I haven't taken the plunge, yet.
Posted by Jeff Laws at 4:08 PM 9 comments:

Email ThisBlogThis!Share to TwitterShare to FacebookShare to Pinterest
Labels: Blog Bat Around

I've been slacking here but not on my cards. I've been trying to get all my cards in on the Trading Card Database (MySportsObsession). I've gotten all my player collections listed and I started the Vintage collection but I've only gotten my 1973 Topps logged in so far. I did get a few cards in the mail the last couple of days so I thought I'd throw up a quick post. 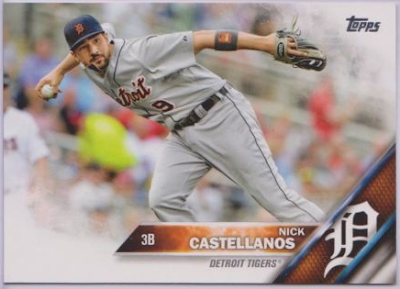 We'll start with the Baseball Collection, which in reality is any card that doesn't go into my other collections. I picked up this 2016 card for $.10/shipped. It's my 16th card from that set, all picked up for a dime or less on Ebay. 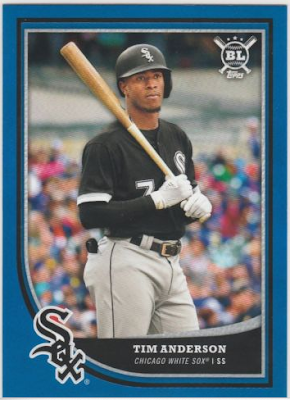 Next up is the White Sox Collection, this blue Tim Anderson from the Big League set came to me for $.15/shipped. I believe this is the first card I've gotten from that set and it's not even a base card. 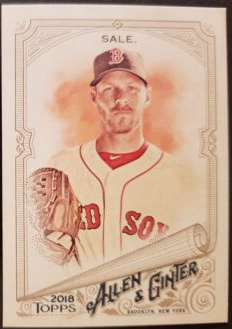 Now for the player collection portion. I grabbed this Chris Sale A&G for $.20/shipped. This is my 145th card of Sale, sadly, it's another card in the wrong Sox jersey. 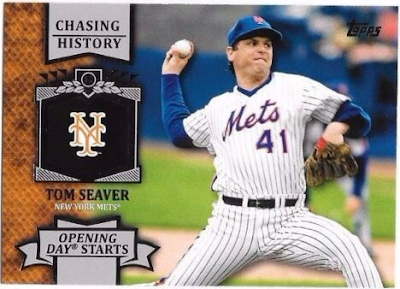 Last but not least, I grabbed a Tom Seaver that I didn't have, which is rare. With this card, I've already gotten half the cards that I added last year. I actually probably could have won it earlier but I usually skipped past it thinking I already had it. When I finally checked, I didn't. I grabbed it for a quarter/shipped. It is my 354th card of Seaver.
Posted by Jeff Laws at 11:28 PM 2 comments:

Since I got no mail today and I had time to get this post up, here's a belated post.

I'm way late on this post but I got these cards before Christmas, which was fitting since he had them labeled as a Christmas gift. In my defense, I went to Florida on Christmas night and was there for just under a week. I have no excuse since then though. I know Dennis has sent a bunch of these out, that's what he does, he's very generous. I'm probably the last to say thanks, because I'm slow like that. 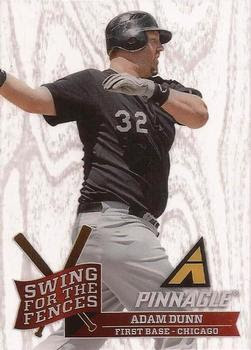 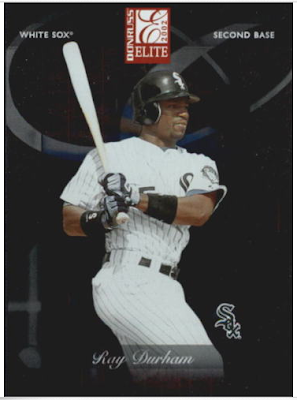 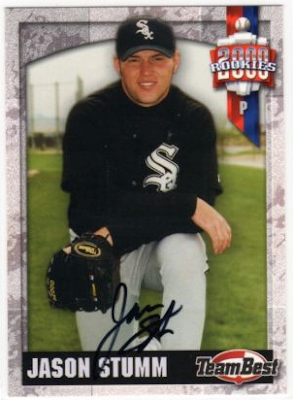 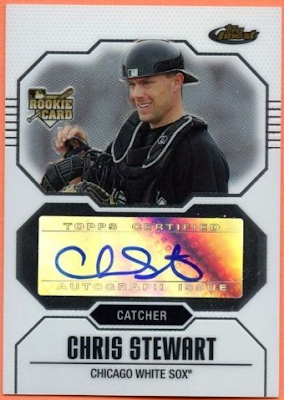 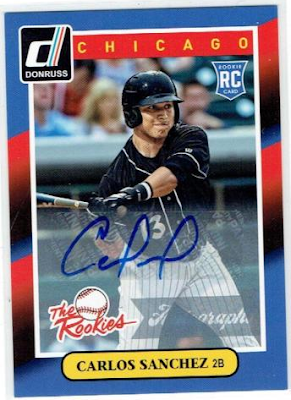 We'll start off with the White Sox collection cards. You know when Dennis is giving you cards, you gonna get some hits. I'm not talking about Dunn either, he was a flop. I recognize all 3 of the auto's which is always a good thing. I really like the Yolmer (Carlos) card because he still plays for us and I like him. 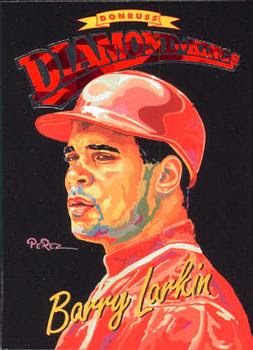 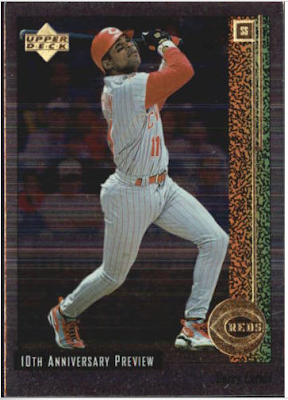 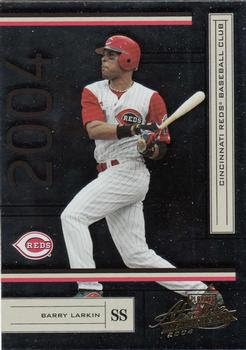 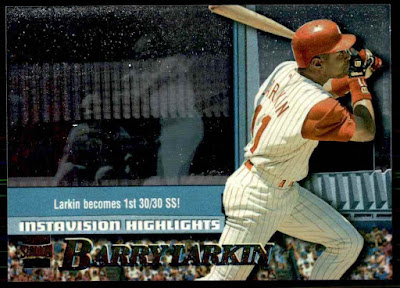 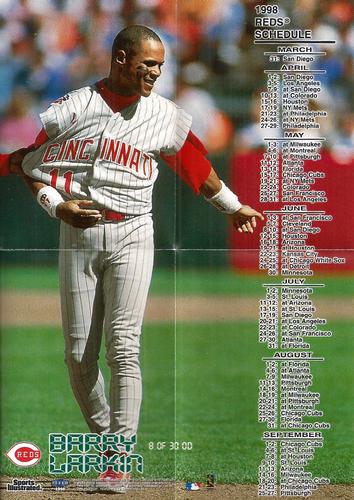 I don't about you all but I always receive cards of Larkin as well since we both collect him. He's a former Wolverine so why wouldn't we. I remember those SI posters, they were cool back in the day just because they were different. Now a days you get so much stuff in packs they aren't quite as exciting. 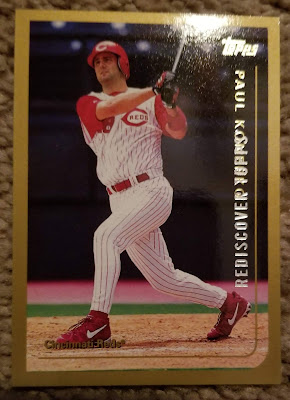 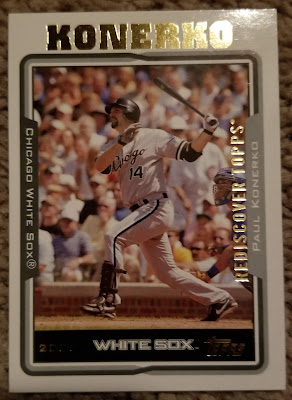 He also sent me a couple of a Tier 1 player which I don't get very often. They are both Rediscover Topps which I guess for collector's like us, they really aren't that big of a deal because there is a chance we already have them but I understand the concept. 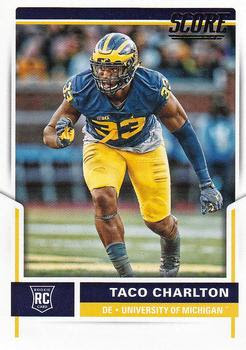 Well you know I'm going to get some Wolverine cards. I definitely like seeing some Taco cards because I don't have very many of him, yet. 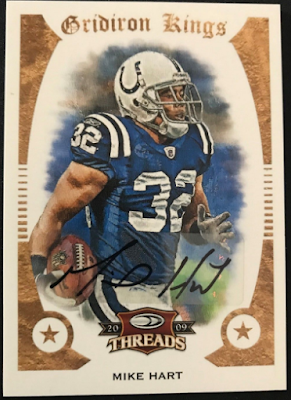 Last but definitely not least, an auto of Mike Hart, who would be my favorite former Wolverine. I have a bunch of his auto's but this one was new to me, even by sight it didn't look familiar. I like the looks, it's a sharp looking card.

As always, thank you Dennis. You can check out his stuff at Too Many Verlanders as well as Too Many Manninghams. Get in good with him, he's a great trader to have on your side.
Posted by Jeff Laws at 7:09 PM 2 comments:

I picked up a couple more Wolverine autographs that came today. One guy I've been colling for a few years without to much luck and the other guy is a more recent collection that I've grabbed some cards lately. 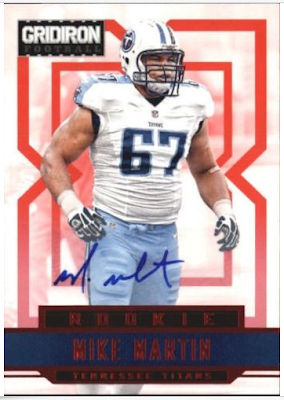 I've been trying to get Mike Martin cards now for 7 years and this is only my 8th one and it cost me $3/shipped. It is my 3rd autograph of his and only my 2nd in a pro uniform. The other pro uniform card is the base card to this auto. 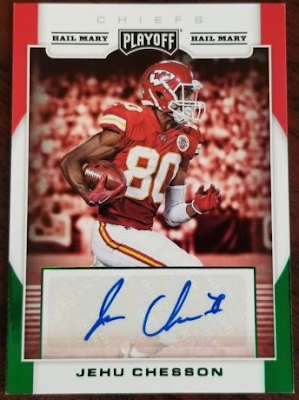 This Christmas colored card came to me for $2.25/shipped. I've only been collecting his cards a couple of years and it's up to 6 now and half of those are autographs. I picked up 4 of his last year as he's getting settled into the NFL.
Posted by Jeff Laws at 9:48 PM No comments:

I got one card in the mail today, it's a player collection card but of a collection that hasn't really gotten off the ground. This is only my 4th card of the former Wolverine and as it's a 2015, there's been time to pick some up. 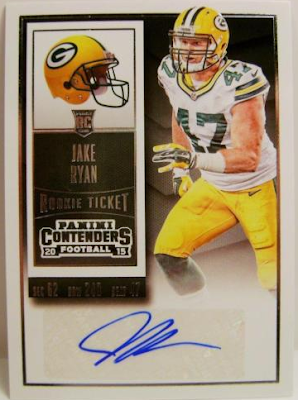 I picked it up for $3/shipped. As I said above, it's only my 4th card of Jake but 2 of them are autographs and this is the first one in a pro uniform.
Posted by Jeff Laws at 9:39 PM 2 comments:

I don't really make resolutions so we'll just do a sports review for the past year.

What did I watch you ask, let's check it out.

I'd say I'm pretty consistent the last couple of year. The basketball dropped between 2015 and 2016 because I pretty much stopped watching NBA, just can't really get into it. Same for football between 2016 and 2017. I don't make a huge effort to watch the Colts much, not that I'm still not a fan, I just can't get into the games like I do college. There's just not really that much enjoyment in watching them. I have watched the last couple of games though, but mainly because I wasn't really watching anything else.

If you haven't been here before, I have my collection in Tier's. The top tiers being my favorite player collections. Tier 2 are pretty much other White Sox and Michigan players that I collect. Tier 3 are players I liked back as a kid when I was collecting and Ryan Zimmerman just because he didn't really fit into Tier 2.

As you can tell, 2018 wasn't a very productive year for my Tier 1 collections. That's mainly because I only put a $.25 max bid on cards so I just don't win very many of their cards. Doesn't help that 3 of them are Hall of Famers. 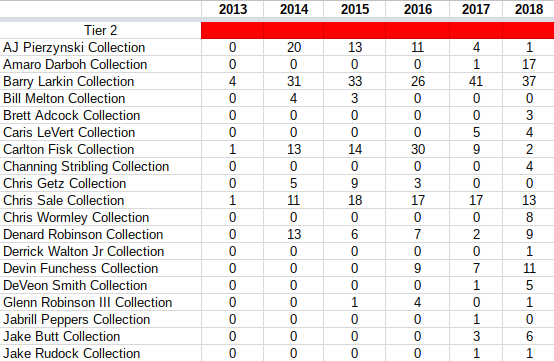 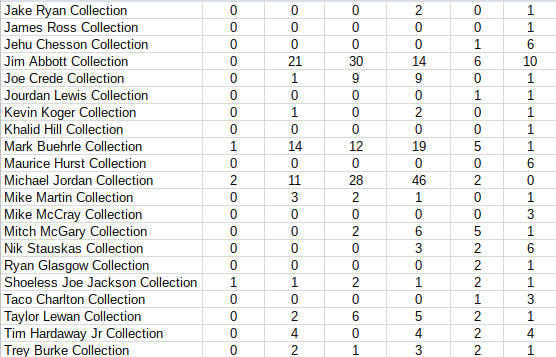 In my Tier 2 section, I've gotten a bunch of Barry Larkin's, I pick them up pretty regularly on Ebay but I have a feeling, the majority of those came from Dennis. Other than Chris Sale, all those up their with double digit adds in 2018 are former Wolverine stars.

Same goes with my Tier 3 collections, I pick up a lot of Ripken's via Ebay but I've also received a bunch from Dennis as we share those collections. I'm surprised at the 0 on Steve Carlton's though, I've bid on a bunch, apparently I'm just not winning them.

I didn't take much time to bid on cards for the Vintage collection this year like I had in the past. Maybe that's something I can work on for next year. It's just time consuming because I have to search through each set from 1952-1987. Then when I get to the upper years, mainly the 80's, I also have to check to see what I do and don't have. I also upped my max bid to $.50 on Michigan collection cards so between that and Dennis, the Michigan collection went up as well.

Here's my funds spent per month.

Hits are defined as autos or relics.

That was way more than I expected but ever since I started searching for player collection autos and relics, I've picked up a bunch. My max bid is $3 on player collection cards, team cards just depends on who it is and how much I want to spend. In August, you can see the 801 cards, I picked up a huge box of 80's stuff, mostly Fleer, at a card shop. Those also includes cards I've received from Dennis as he sent me a couple of packages throughout the year.

As far as my posting goes, I've slacked off this past year. The first time I didn't hit 100 since I started this blog. There were 3 total months where I didn't post anything which would have probably made up the 30 I was short from 100. Even with that, I was 50 posts off my lowest year to date so I was really a slacker this year.

That's it for 2018, we'll see what goes down this year. I know for one, I have started putting my card in on the Trading Card Database. I haven't even gotten through my Tier 1 collections as I just started it a few days ago but I've been working on it. Once I get my player collections done, it should go quickly with everything else because I'll be able to do them in bulk. My name is MySportsObsession.
Posted by Jeff Laws at 7:25 PM 3 comments: