Before all you awesome people start offering to help me complete the set with a trade. I don't really trade anymore. I don't really have anything to trade with. I probably have a few dupes that I could get rid of but not enough to make the effort. So while I appreciate all the offers, thanks but no thanks.

Now, on to the 1 card I was going to show you which is probably a duplicate on this blog because I do already have it. It's a White Sox auto though and if I get them cheap enough, I'll keep dupes of autos and relics. 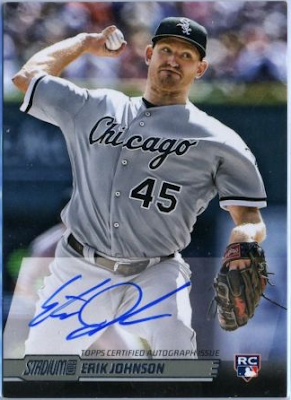