Random Players From My Collections #5

I had planned on doing this earlier but I got busy working on my cards and once I get going, I try not to stop because I usually won't get back to it. I got at that point now where I'm done for the day so I remembered this post.

I wanted to do one of these today since I only had 2 posts this week and one of those was for some cards I didn't even win so I only received new cards 1 day this week. It's slowed down a bit because I tapered back on bidding on some autos/relics because my hours have been down a little at work and I have to save money for my Michigan/Ohio tickets (although after yesterday, I'm seriously considering selling them). I did get some OT this past week so hopefully hours will get back up again.

I passed over 17,000 cards entered in on TCDB sometime this week. Probably with the free cards because there were some packs. Which also means my players number has gone up by 33 cards and is now at 3,345 players. 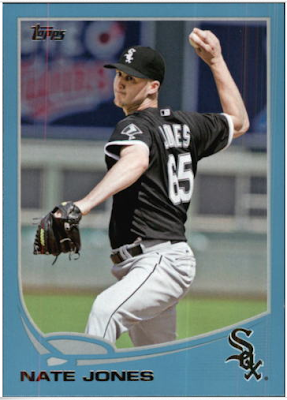 Nate Jones is a White Sox collection card. He was with the Sox for 7 years so I thought I would have had more cards than 5.

I believe he was traded earlier this year so he is no longer with the Sox. I think I remember hearing he was the longest tenured Sox player when he got traded. TCDB has him with only 157 cards so I'm guessing he just doesn't make a ton of sets. 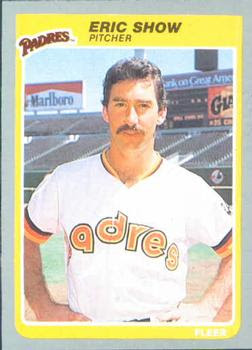 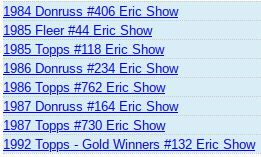 According to TCDB he has 133 and I only need 9 of those for the rest of his Vintage Collection cards. 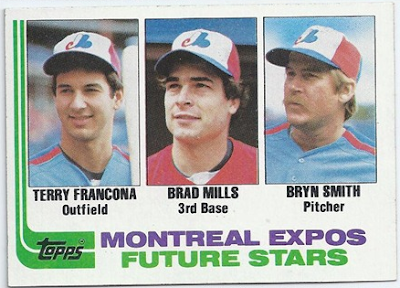 Another Vintage Collection player but I only have 1 of his. These future stars cards from 1982 Topps bring back lots of memories. This one was a Terry Francona rookie card back in the day though.