Another day, another dollar. I had to go back to work today. Blah! I guess I have to work if I want to buy more cards.

Today's random came up with some 2020 White Sox pick-ups. I hate this set but I have to at least get the Sox cards. Bowman sucks. I'm not a prospector and I hate all the sub sets or whatever they call the Prospects, Chrome Prospects, Draft Picks and whatever else. Then they release Chrome that has all that crap too. I hate trying to figure everything out. Thankfully I can figure them out by filtering on TCDB by the card number so it doesn't take long anymore. 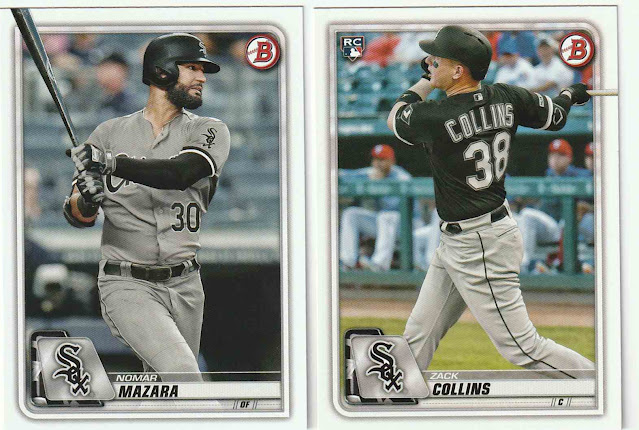 I picked up these 2 from the Bowman base set that would complete the team set if some guy named Luis Robert's cards were at ridiculous prices so that'll be a set I finish when these investor's quit buying stuff.I did buy 3 other cards but they go to their player collections so technically I bought 5 from the set. Both of these were $.18/each.

So another White Sox post and still haven't completed a team set. These purchases didn't work out the way they were supposed to.