Hey, I finally had a Saturday off so I'm getting to post. I would have done it sooner but I had to take my 16 year old out for a drive. He has to get his time in so he can get his license. I'm posting out of a celebration that I survived. I kid, he wasn't that bad. He's actually over-cautious where as the 2 daughters I taught were the opposite and actually scared the crap out of me more than once. Either way, I survived to post another day.

I can't believe that both LCS's are down to game 7 considering the way they both started. I haven't watched any, I generally don't unless my Sox are playing but I may watch the WS when it starts. 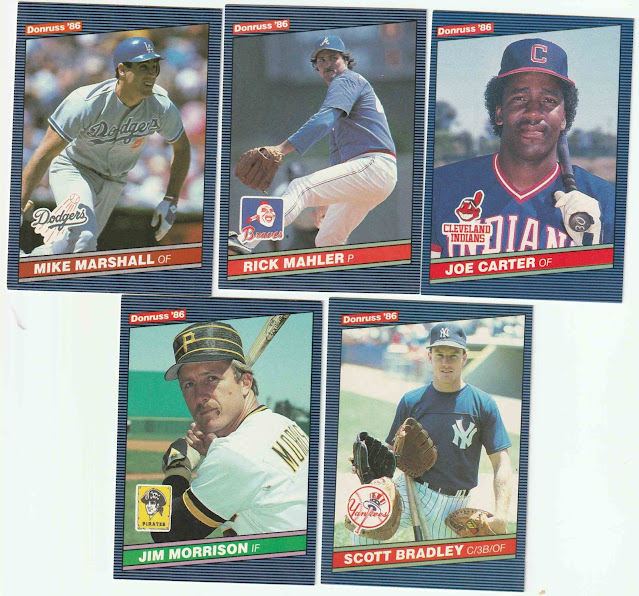 Jeff sent me these 5 cards from 1986 Donruss which is one of the sets I'm closing in on finishing. As a matter of fact, these 5 pushed it over 75% complete with 498 cards. 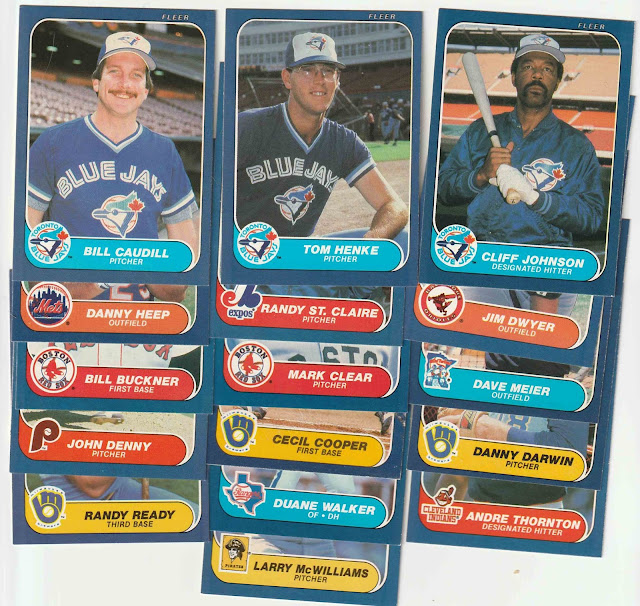 He also sent these 16 of the Fleer set. I'm a lot less further along on that set as these only give me 123 cards which is just under 19% completed. You'll notice the Bill Buckner up there, if he only knew what was coming at the end of the year. I felt bad for him, if I remember, he wasn't treated well by Boston fans for many years after that. 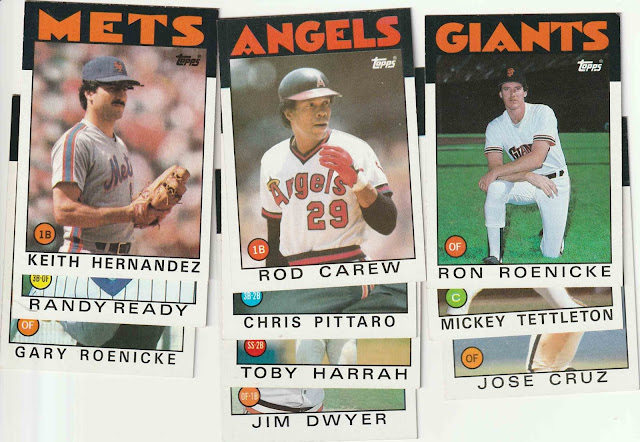 In the Topps section, you get the World Series winner with that Hernandez. Although he didn't do well until Game 7. Also a Rod Carew who is a Hall of Famer.

All the above cards came from Jeff and as I said before, 2x3 Heroes sent me a huge package so you'll continue to see his name in these posts for a little while. 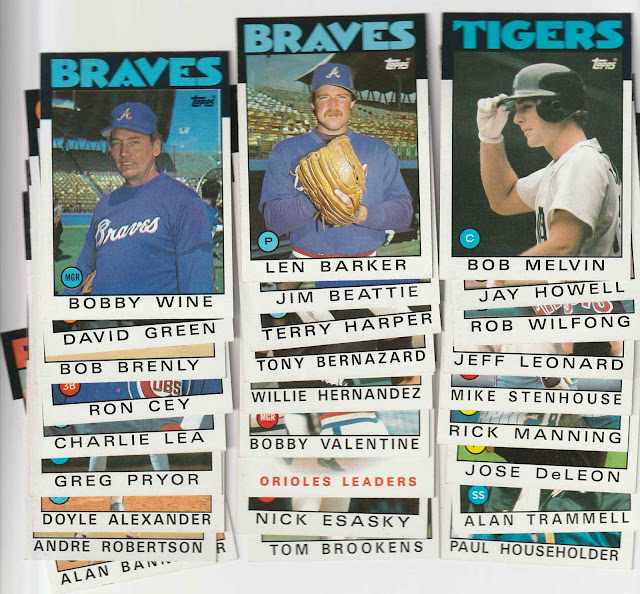 I also picked up this nice stack from baseballcardstore.ca at a dime a piece. I think it averaged $.14/each when I added the shipping.

I guess I need to get working on that Fleer set.