A couple for Sunday

Since I only have one (hopefully) more package coming from Ebay before I'm officially through with them and I chose the Sportslots box route on my shipping from Sportslots so I won't get those for awhile, I thought I'd spread out some cards that my cousin sent me. He sent me about 100 cards but I only needed 1/4 of them between already having the rest and he just sent a bunch of dupes. For the most part, they'll be by player since I got a few cards of most of the players. I'll start off with a player collection. 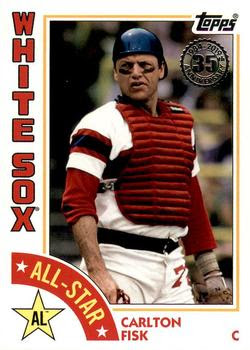 This 2019 card of Fisk is my first of his 2019 cards. It's a 1984 Topps insert, but I noticed the photo was different so I went and looked and it is, he also didn't have an all-star card so it's a totally new card which is even better. 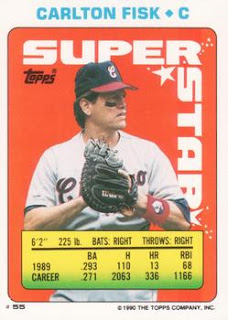 He also sent me this sticker back from 1990 Topps Stickers. Nothing too fancy but I do remember these from when I collected as a kid.