Not upset about the lack of upset

Michigan went into Iowa and pulled off a win. A lot of people had it as their upset of the week but the D held on and Blake Corum lit it up again.

Today's post is another former Wolverine football player who I was excited when he signed with the Colts because on the rare occasion that I do watch NFL, it's the Colts, but then he only played one game before getting hurt. He was with the Lions for preseason but was released. 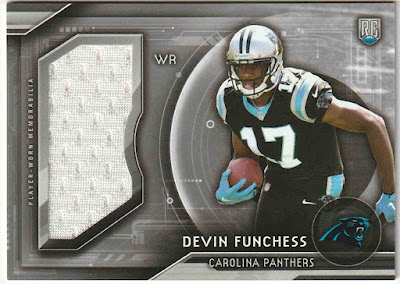 Dennis sent me this relic of Funchess. It's my 8th relic and my 91st card of him. He was a beast in college and had a decent rookie season but injuries curtailed the rest of his career. Be sure to get on Dennis' good side and start a trade with him at Too Many Verlanders but he's a great guy to trade with. Thanks Dennis!