My name is Lucas

Just a quick post before I head to bed. I don't know where that title came from. I heard Lucas and thought of the song Luka, I couldn't tell you the last time I heard it.

There were some awards handed out recently and the Sox did fairly well. That's nice to hear with the ongoing LaRussa debacle. This guy had a good year and the Cy Young voters took notice. He was one of 2 Sox players in the top 10 voting. He took #7, Dallas Keuchel was at #5. 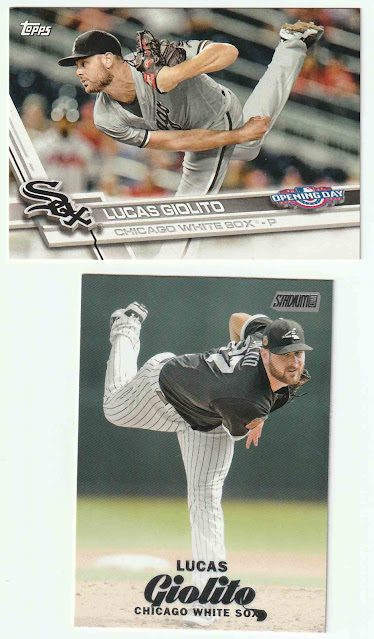 These 2 cards came from 2x3 Heroes. Topps likes that front facing view of Lucas as you'll see in the following cards as well. 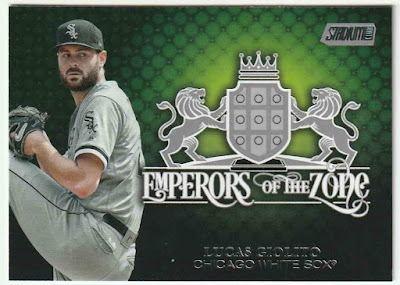 This one came from a Nachos Grande group break. This was the only insert I got but I received the card I wanted which you'll see in a later post. 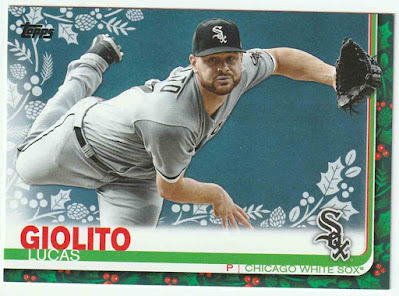 I know, I know, it's not even Thanksgiving yet and I got Christmas stuff up already. This holiday card came from my 2019 Sox purchases on Sportslots 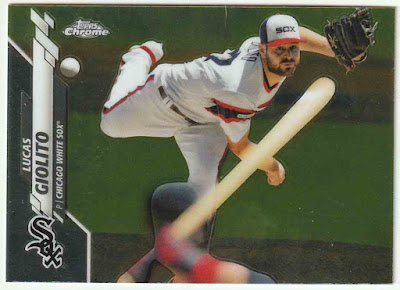 This one also came from Sportlots but obviously not the 2019 purchases. Do you see what I mean about the front facing shots, they are all different shots but from the same angle. I'm not sure how much I like that bat in this card, I mean, I assume it's a bat because it looks a little long but what do I know.

These 5 cards put me at the half century mark for Giolito or 50 cards for the time impaired people.