I said yesterday that I had to scan a bunch of cards of TCDB when I updated recent pick-ups, today's post you'll see a bunch of them. As a matter of fact, all but 1 of his cards I had to scan.

The show promoter at Plymouth, who we see at other shows, has season tickets to the South Bend Cubs. He's always posting pics of his kids with some of the players so I asked him to pick me up a team set because today's player post is on that team. He ended up picking me a number of his cards. 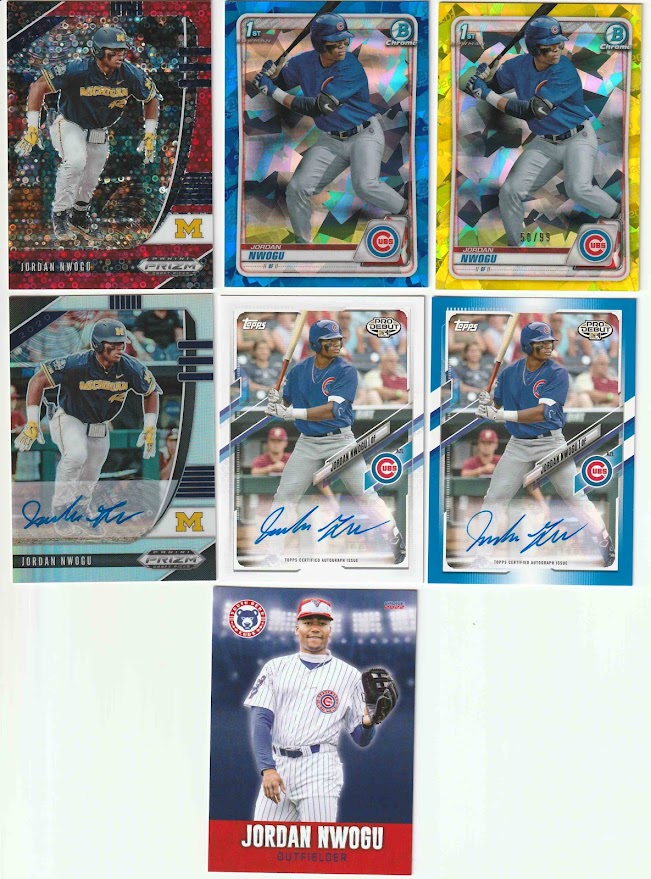 The bottom card is from that team set. Josh mentioned he might have an auto of his as well. When we set up in South Bend last weekend, he was set up as well and brought me these 7 cards. Well, 6 and a team set. The only one I didn't have to scan was the team set card. These 7 give me 9 of Jordan.

I received my Sportlots box today, it has around 170 cards in it if I remember correctly. I don't remember if I made it down to Nwogu on the list, if I did, there might be some more in there.