* I put my April incoming on random for today's post.

You already saw the Vintage post from the 50's, today's random puts us a decade later. 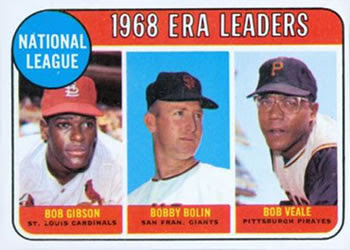 I'll start with the lone 1969. This is my 48th card of that set. I have a few of these leader cards, they are generally much cheaper for some big names. 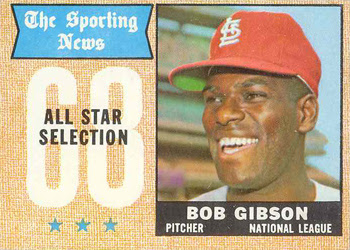 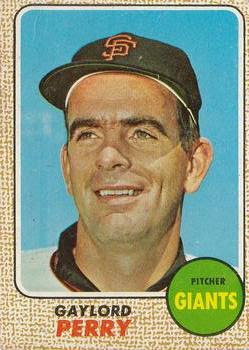 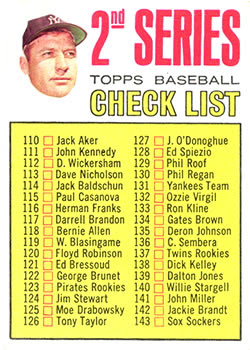 My lone 1966 card and it's a Mickey Mantle, sorta. I certainly don't mind checklist, especially when they are part of the set. I prefer the ones like these that do have something to collect on them as well. This is the 34th card in my collection of this set. 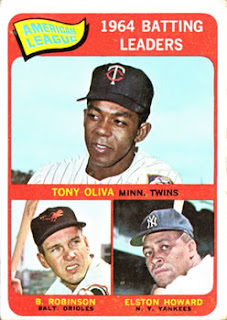 Also one card from 1965 and another leader card where you get 3 pretty good players. This is only my 25th card from the mid 60's set. 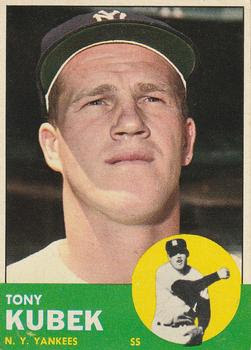 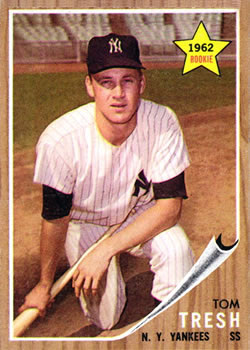 With 1 less card at 13, this original wood board card, and another Yankee. A rookie at that. 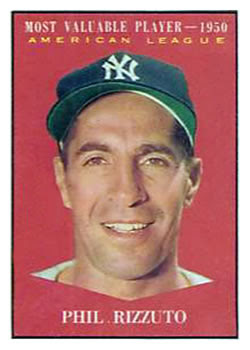 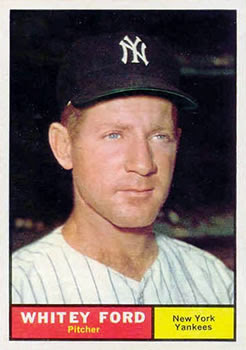 And 2 more Yankees but those are some big name Yankees, and being vintage instead of the millions of reprints just make it cooler. These 2 1961's give me 20 for the set. 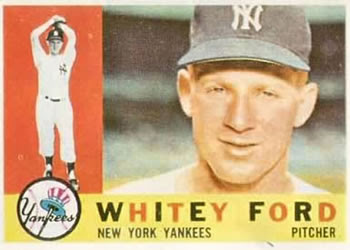 Another White Ford and even older, I'll take it. This Whitey Ford gives me 42 cards from 1960. I remember buying a bunch of White Sox from 1960 which is why I have more from that set than the others. Out of those 42, 27 are from the White Sox.

All of the above cards came from Sluggo, who should be on his way to Indiana as we speak, with another box of cards.
Posted by Jeff Laws at 9:38 PM