* I put my January purchases on random for today's post.

Today you get another Tier 1 player collection but one that I have trouble finding new cards of just because he doesn't have a ton out there like a lot players now a days. I don't know a ton about him but he battled cancer and eventually had his arm amputated, as did my father, which is my connection to him. 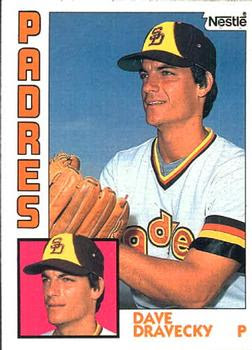 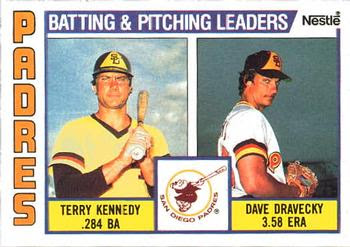 They look like 84 Topps but they aren't, sorta. You will notice the Nestle logo on the top right hand corner of the cards. Obviously they were made by Topps for Nestle. The top card, the base, is my 3rd version of that card as I have the O-Pee-Chee as well. It's the 80's version of parallel sets. These 2 make 39 cards of Dravecky and according to TCDB, he only has 88. Most of those are oddball stuff those will be hard to find but there are a lot of Stickers and O-Pee-Chee's and such that I should try to locate.

Oddly enough, this post was randomed and while on his Wikipedia page, I noticed his birthday is on Valentines day, which is tomorrow, or technically, in less than 2 hours here. Those of you with significant others, consider that your reminder. If you needed that reminder, you might already be in trouble.
Posted by Jeff Laws at 10:18 PM