* I put my February purchases on random for today's post.

You finally get more than a 1 card post, although you may not know him much unless you are a Sox fan. He was a huge part of our success in 2005 and I think I can honestly say, he was the best defensive 3rd baseman that I've seen play. Granted, I haven't seen a ton of player unless they played with the Sox. Highlight reels don't count, you can make anyone look decent with a reel. 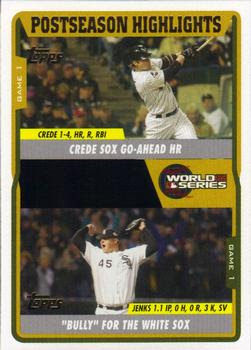 I'll start with this update since I was talking about him being a hero that season. I thought I had this but apparently he made 2 of these World Series cards from update. 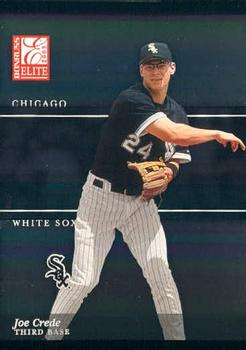 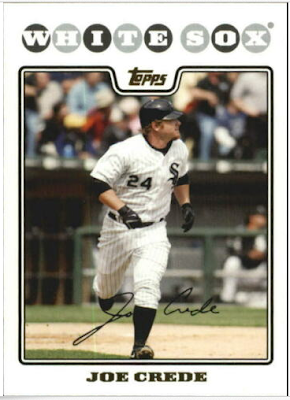 Joe did play for one other team but all the cards I got this time were all from the White Sox. I wish his back would have stayed healthy because I loved watching him play. 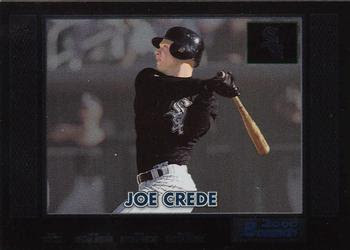 I liked this card because it's more or less a rookie card. It's from 2000 Bowman, I figured it was a rookie insert set or something but apparently it's a parallel set. From what I gathered, the rookie's looked liked this and the more veteran players looked more like the old TV Bowman with the rounded TV screen.

These 4 cards of Crede give me 71 cards of his. This also makes 7 that I've picked up so far this year. I've only picked up 2 in the last 3 years which is all the more proof that I made the right decision to ditch Ebay for Sportlots.
Posted by Jeff Laws at 8:57 PM