These 10 hour days are making it difficult to get all my scanning finished. Good thing I still have a bunch of posts left with my last round of cards.

All I have are PC posts left though so today the random selected a HOF Sox catcher. I can say that because he played for both Sox's. 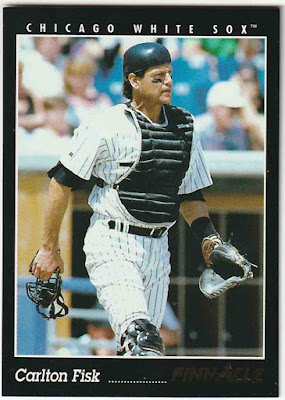 We'll start off with this Pinnacle that Fred gave to me at work. One of the many that he has given me that I thought, I'm pretty sure I have this one, and I don't.

For the Sportlots selections, we'll go in year order. Most of these were $.18 but all of them were under $.50. 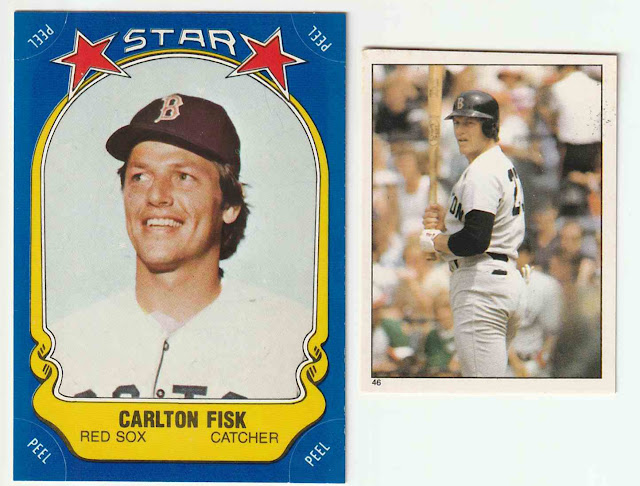 First off, a couple of 1981 stickers of the Fleer and Topps variety. 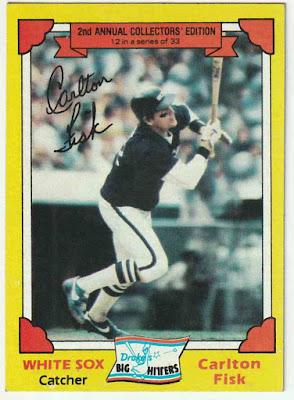 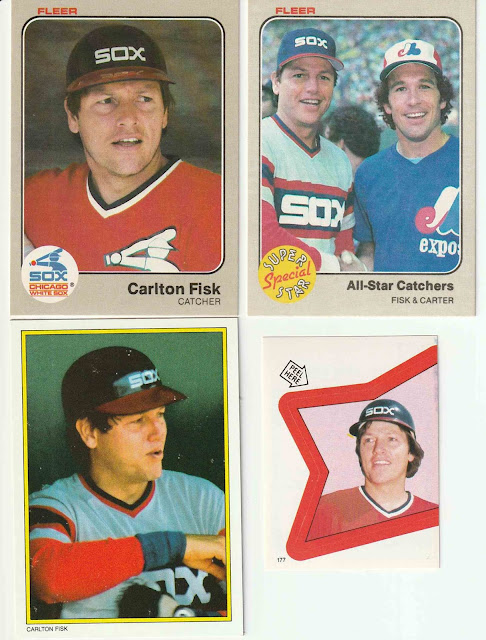 I was really surprised I didn't already have the top 2 1983 Fleer. As you can tell by the first couple of photos, I have most of his base 80's stuff. So not surprising by the oddball card and sticker at the bottom. 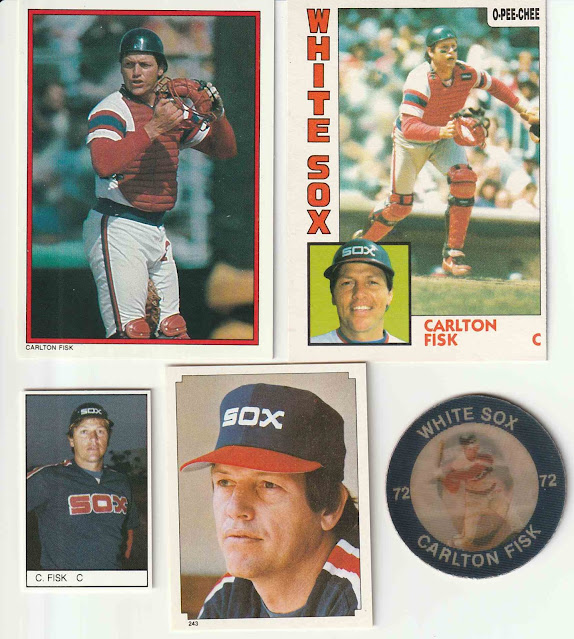 Lots more oddballs for 1984. In case you didn't notice, the top right is the O-Pee-Chee version. The bottom left is an all-star game program inserts, other than taking it for what it says, I have no idea what they are. I like the 7-Eleven coin as well. 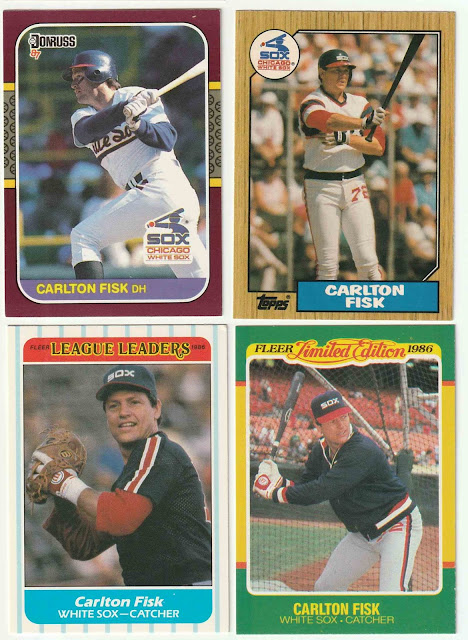 More oddball for 1987. The Topps is the Tiffany version and we all know about the amount of small box Fleer sets they produced. in the late 80's. 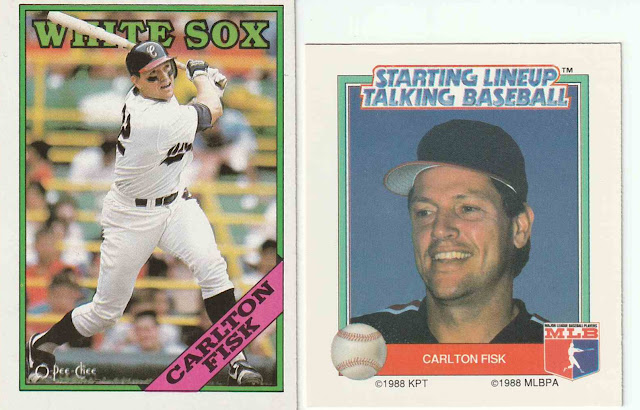 1988 gives us another O-Pee-Chee along with a Starting Line-up card. 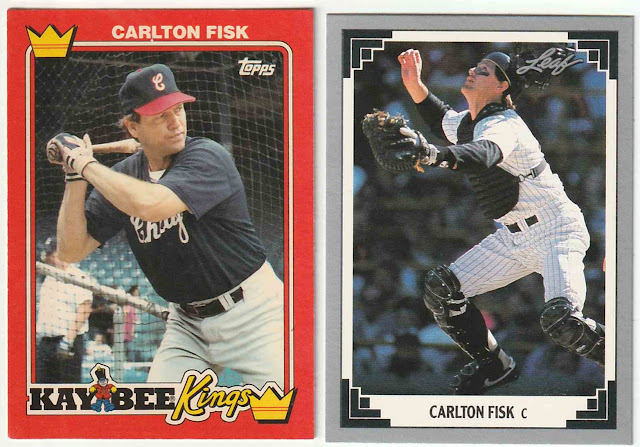 The left is a 1990 KayBee and the right is a 1991 Donruss Leaf Preview. I remember buying cards at KayBee as well. Back when you could get cards everywhere, now they are being taken off the shelves in the few locations you can get them. 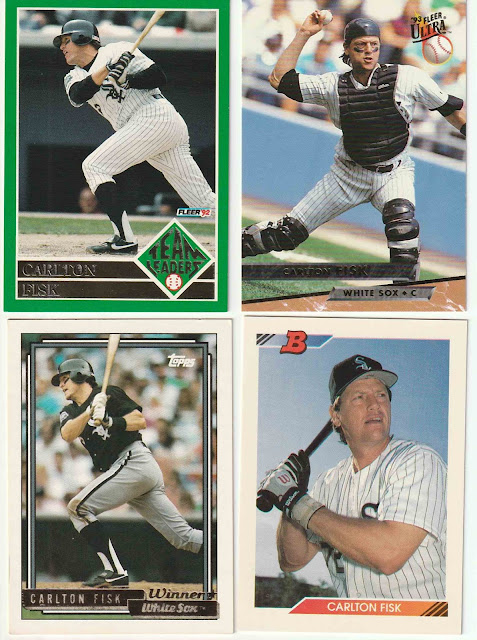 A couple of Fleers to start off 1992, the Ultra's were kind of the Stadium Club's of the Fleer. The Topps is the Gold Winners parallel and a plain old Bowman.

Next, we'll jump to the filler cards I picked up from sellers where I only picked out a card or 2 of and I wanted to bulk up the envelope. 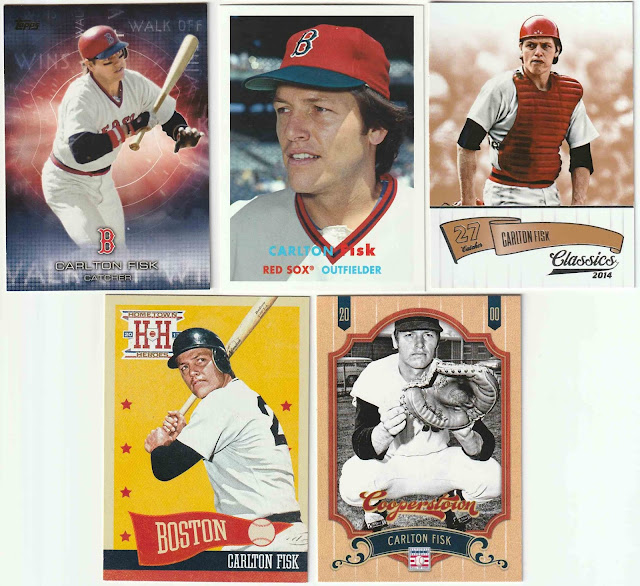 All 5 of these are 2015 or at least that's what I labeled the photo as when I scanned it. I like the colors on the 1st card and of course, the second card is cool as it looks vintage. 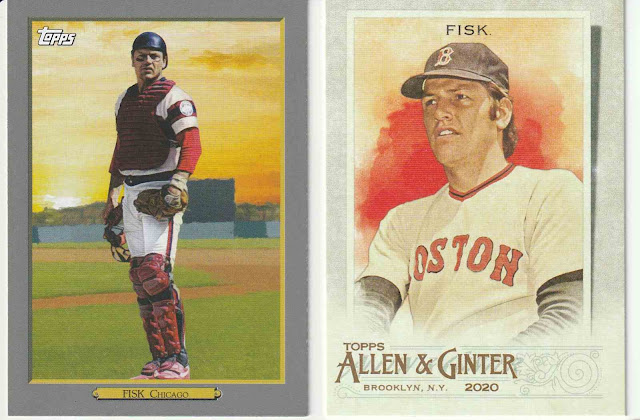 I also picked up these 2 from 2020. I really love the Turkey Red, I always like TR but in my favorite uniforms to boot.

These 32 cards/stickers/coins/ect. boosted the Fisk collection to 220 cards. Obviously I left off at 1992 with this package so the next one will probably pick up there so we're far from over at seeing Pudge cards.