On the day after the NFL draft, the random gave us the only NFL cards in my collections. Former Michigan players in the NFL. I think I read where 8 players were drafted so that's 8 more player collections for me. What remains to be seen is which players get more than just draft cards as a lot of them tend to do. Let's get to the players that I have already started PC's for. All these were purchased at the card show. 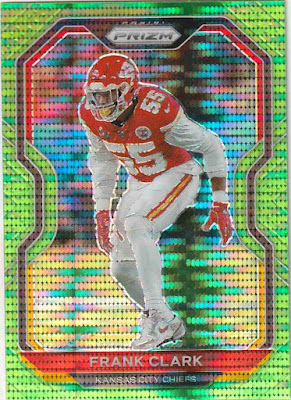 We'll start with the only NFL jersey in today's post. I picked up this Frank Clark Green Prizm card that is pretty cool looking in hand. It is only my 3rd of Frank. 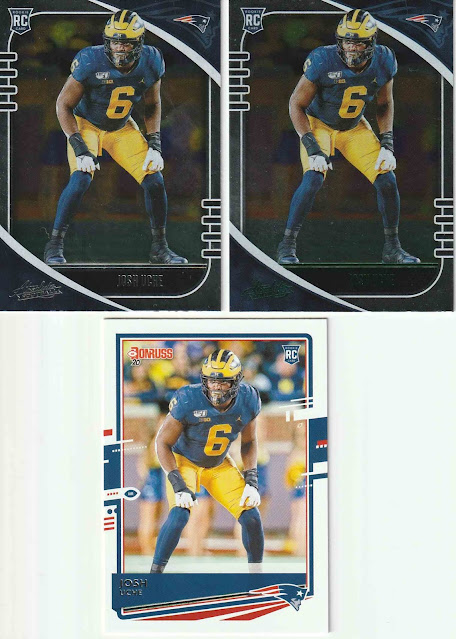 I guess I shouldn't have said PC's that I have started before as these 3 cards of Josh Uche are my first of him. No, it's not dupes on top, the right card is the green parallel. You'll notice his name is in green. 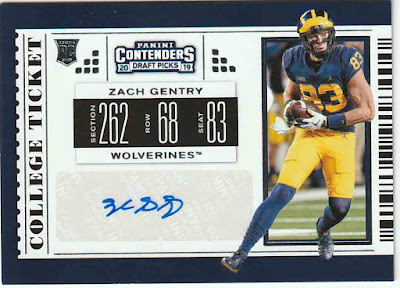 I picked up this auto of Zach Gentry as well. It's only my 2nd card of his. Can't say much about the autograph though. 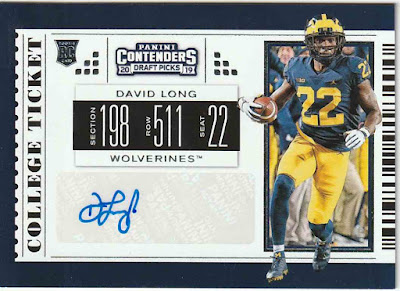 Another contenders auto. Say what you want about Panini but at least they show college uni's, that's enough for me. This is my 3rd card of David Long. 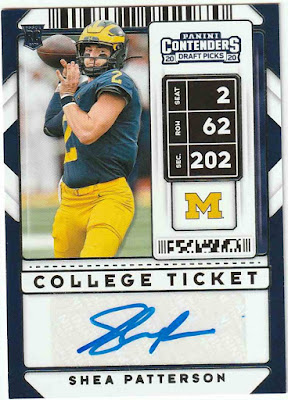 The one guy who didn't get drafted and is no longer in the NFL (he signed with the Chiefs but was released), is the guy I have more cards of. This is my 7th card of our former QB.

Congrats to the 8 other players who join the ranks of the NFL.