Another quick post because it's late. Sorry. The wife has been looking for a new car and they seem to be more expensive in our local area so we traveled an hour only to say no. She has back and hip issues so it's hard to find a car that she can sit in comfortably. Start looking at the front seats of cars and notice how many go up on the sides. She can't have that. There are very few that don't do that so it might be a slow process getting one.

You're not here for that though, you're here for cards. These are all card show pick-ups from last month and they are all former Wolverines in the NBA. 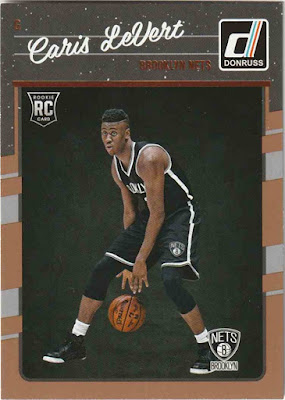 I picked up this Caris LeVert rookie for a buck. He just got back from injury and picked up where he left off. I never thought he would be our biggest star in the NBA, I thought when he left that he wasn't ready. Guess I can admit I was wrong. This is my 19th card of Caris. 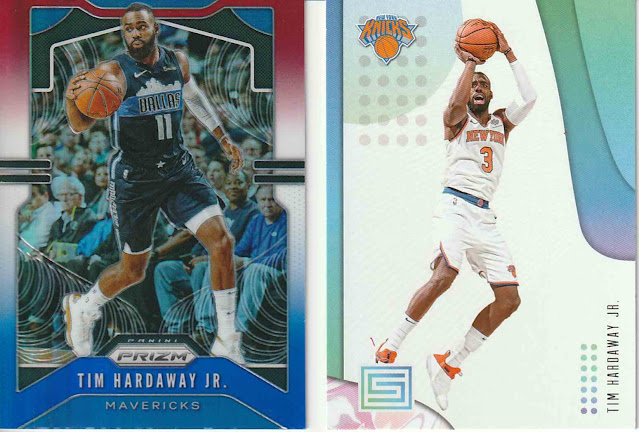 I picked up a few of Tim Jr. as well. I do like those colored prizms. I paid $2 for the red, white and blue prizm and $1 for the Stratus. 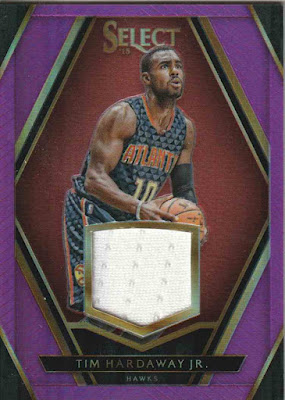 I also found this Hardaway relic for $5. It's also numbered out of /49 so I feel it was a good pick up. It's also a little shinier than the scan shows. These 3 cards give me 30 card of Tim. 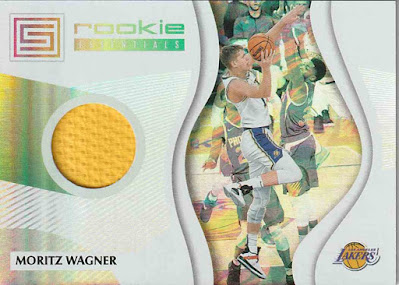 I also grabbed this relic of Moe for $5. This has a shiny finish as well just a lot less color. It's also a pretty cool action shot even if it's rather small on the card. This card gives me 12 of him. Next year, I'll have to start collecting his brother.

The nice thing about going to card shows in Michigan is the Michigan players are usually sorted out so I don't have to search through everything. Even though I was in Michigan, I was still an hour and a half from Ann Arbor so I was closer to Indiana or even Ohio than I was the University but they were still sorted out.