After the Sox won 9-0 yesterday, they couldn't score a run today. The ups and downs with this team are ridiculous. Dylan Cease had 3 hits yesterday in his first game at bats since high school and the Reds had 2.

Today's cards aren't Dylan Cease, but they are White Sox cards. This the haul I got (minus the PC cards) from joining Nachos Grande first breakers club. I believe he is taking sign up's for his next one right now. 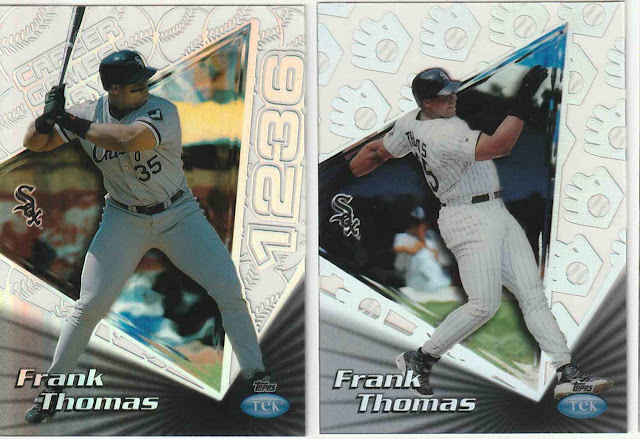 First off are these 1999 Topps Tek. These are cool looking cards but man it takes a bit to figure out which design you have to put on TCDB. 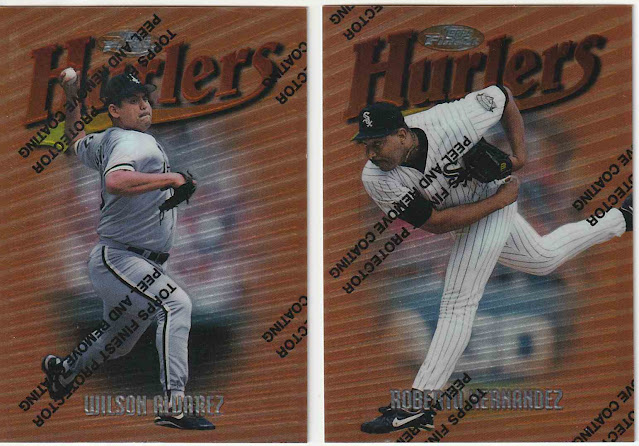 A couple of 1997 Topps Finest. I never know whether I should peel the coating or not. I generally just leave them alone. 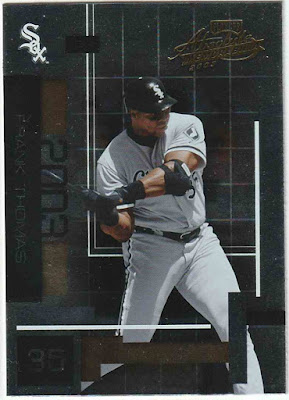 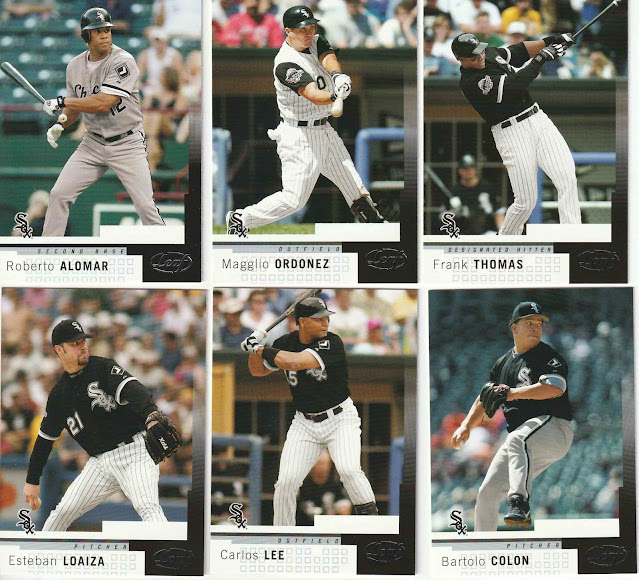 I got all the 2004 Leaf "base" cards. I didn't get any of the "subset" cards (rookie, prospects, passing through time or the checklist. 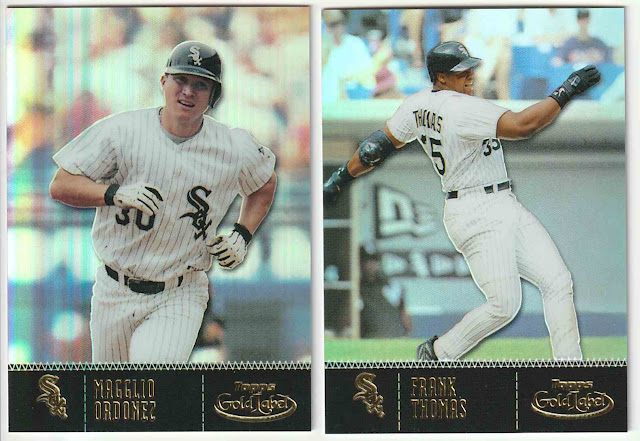 A couple of 2001 Gold Label. I always like the Gold Label brand. I think it's the glossy photos that does it for me. 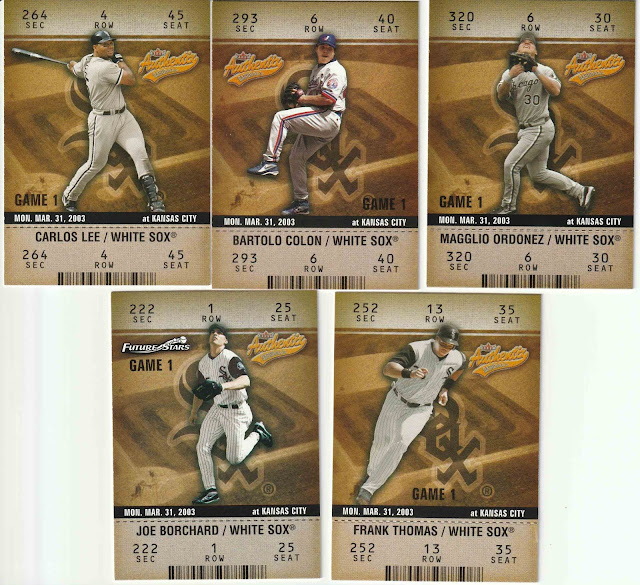 The only card I didn't get from 2003 Authentix was the ticket to the majors card which is a serial numbered rookie. I like the field background and the Sox logo but I wish you could see the logo more. I like how they look like a ticket though. 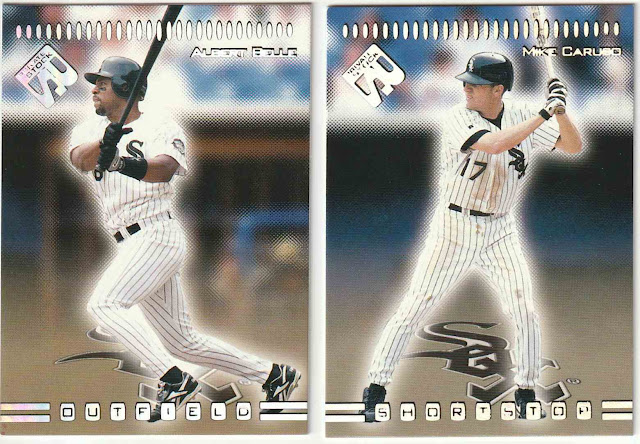 These 2 from 1999 Private Stock give me the team set as I already had the Frank Thomas. I also got these mini's 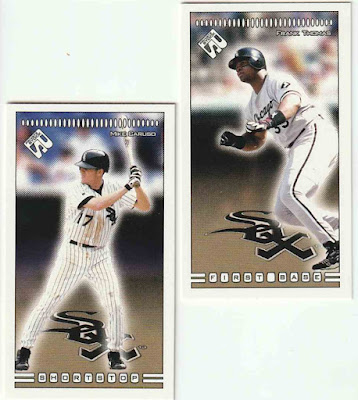 I just need the Albert Belle mini to complete it. 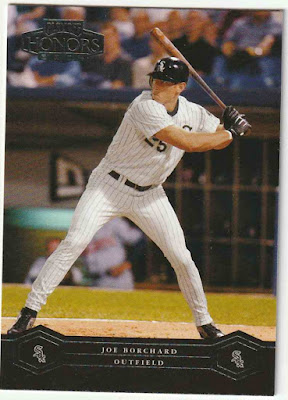 I already had 3 from this team set and still need 1 more "base" card as well as the autos and rookie serial numbered one. 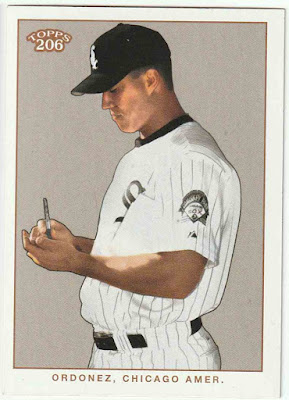 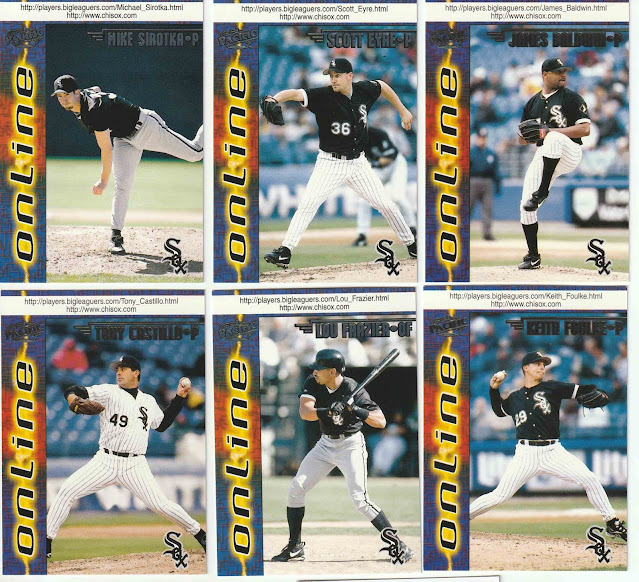 This is a huge team set, 24 cards not including variations. Which you could have probably guessed since I'm betting there is probably at least a couple guys that most non-White Sox fans would even recognize. I do remember buying packs of 1998 Pacific online at the local gas station in the late 90's. I was amazed that they had websites listed. You could tell it was the early days of the internet. 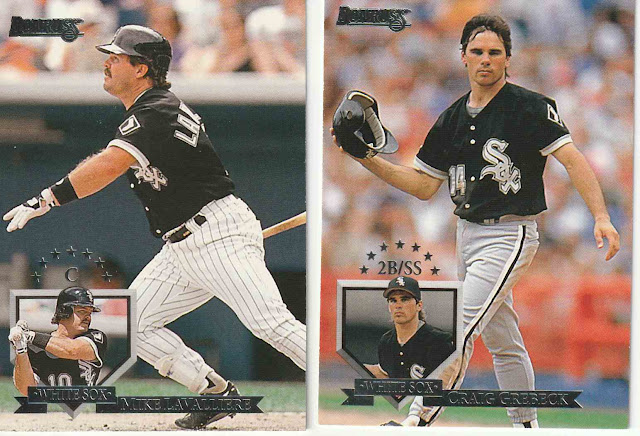 I wonder if this set didn't come out in series as I have the last 9 of the team set but none of the first 12. These were the only 2 that I needed. 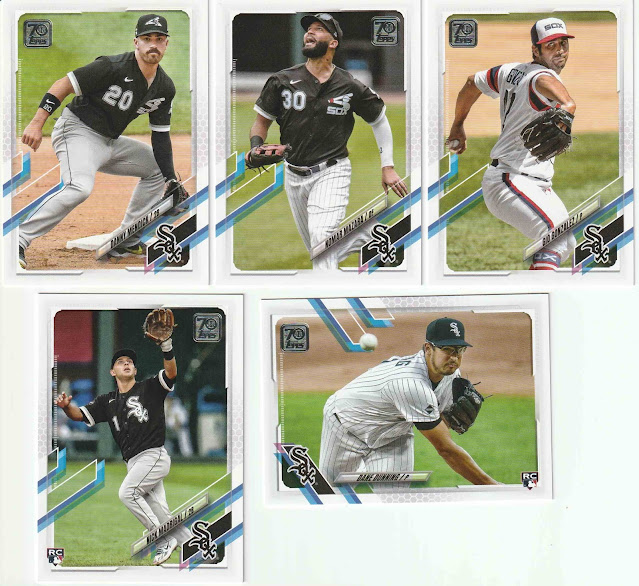 Technically, these were the first 2021 cards I purchased but they weren't the first in hand so I've shown others before now. I have the team set (series 1) minus the variations but I don't remember if I got all of them from Chris or if some of the others I received finished it. 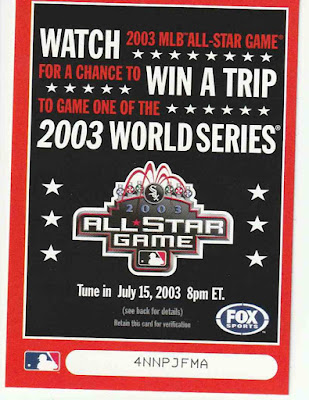 Chris through in a couple of these as well. I don't know if he had a bunch and just gave everybody some or if I got a couple because the game was at Comiskey. Either way, I'm keeping one for the collection. 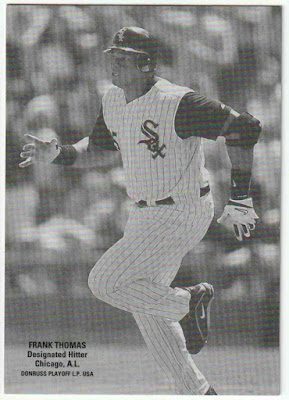 Lastly, the hit of my breaks. This is like the Topps Tek as it's hard to figure out which one you have because there are so many variations. I think this one is 1926 Unblocked Legends. Why is this the hit?

I won't go into all the players and how many cards I have but I will say that Magglio Ordonez is up to 161 cards and Frank Thomas is at 555 cards.

I was definitely happy with the breaks, had a good time watching the vids to see what I got and Chris lets you stack and ship when you want. I just waited until it was over and then shipped them all which is why you get a big post. Be sure to go to the top and click the link and join his 3rd round of the Breakers Club.