I woke up this morning to a flat tire, all kinds of stupid stuff happened at work, I came home and had trouble getting air in the tire to take it to get fixed, then they couldn't get it fixed so I had to buy a new one. I also payed off that car (so I thought) a week ago but I got a call saying I still had a balance, of $3.55. So I called them to make a payment over the phone and they proceeded to tell me that there is a $6 charge to use a debit card over the phone. On top of all that, for some reason, I volunteered to go into work tomorrow. So how has your day been?

My day got a lot better though when I came home to a package from Dennis though. I flipped through and there are some pretty cool cards in there, I can't wait to get them logged and scanned so I can show them off.

Today, you're going to get some throwback to our last World Series win. All 3 of these guys were big parts of it. 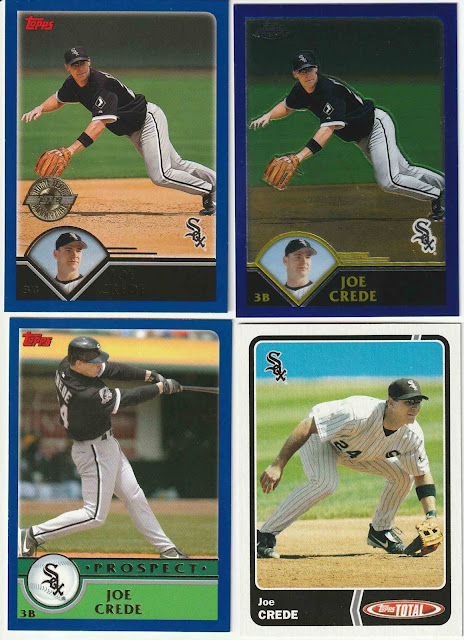 These are all 2003 Topps cards of the starting 3rd baseman. You can tell 3 of them are Topps as they all have the blue border. The gold emblem one is a Home Field Advantage card and the Chrome is a refractor. 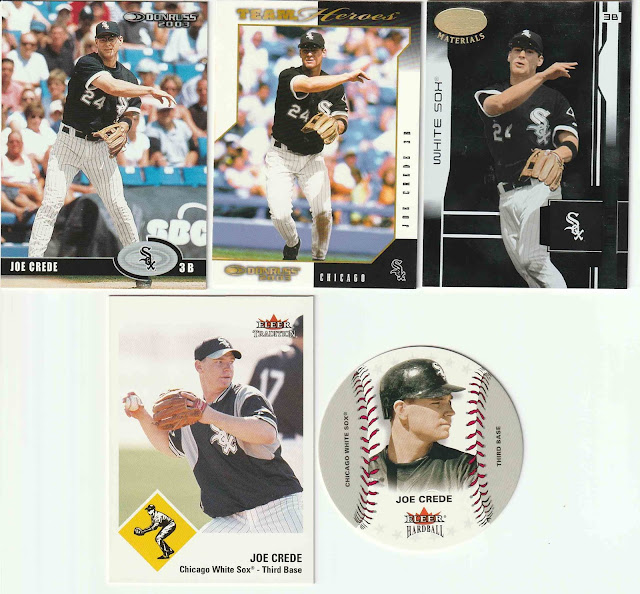 More 2003, all Donruss and Fleer. I know I don't remember the Fleer Hardball from back them but I have a few of them now. 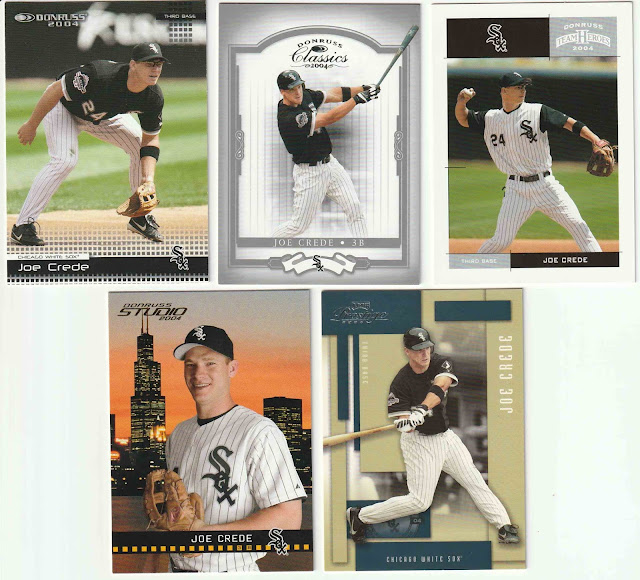 Some 2004 Donruss, I like the city background on the Studio card. 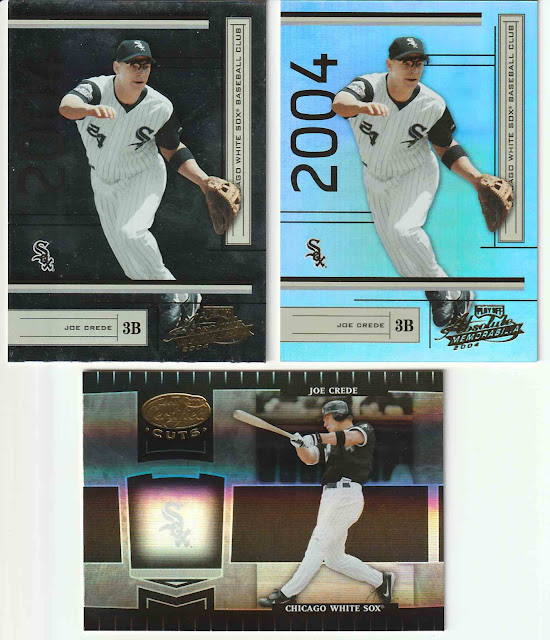 Some shiny 2004. The top 2, one is retail and the other is not. The right one isn't and is serial numbered. I like the look (not the scan) of the Certified Cuts at the bottom. 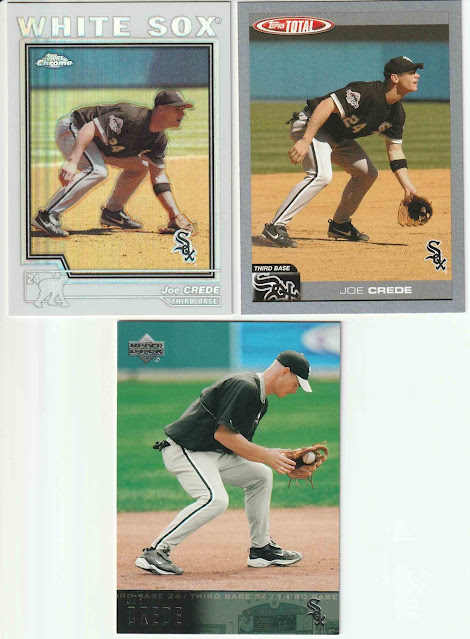 These are all from 2004, all action shots at 3rd although I'm guessing the Upper Deck was in practice as it looks like a warm up jacket but what do I know.

These 20 cards put the Crede Collection at 151 cards. 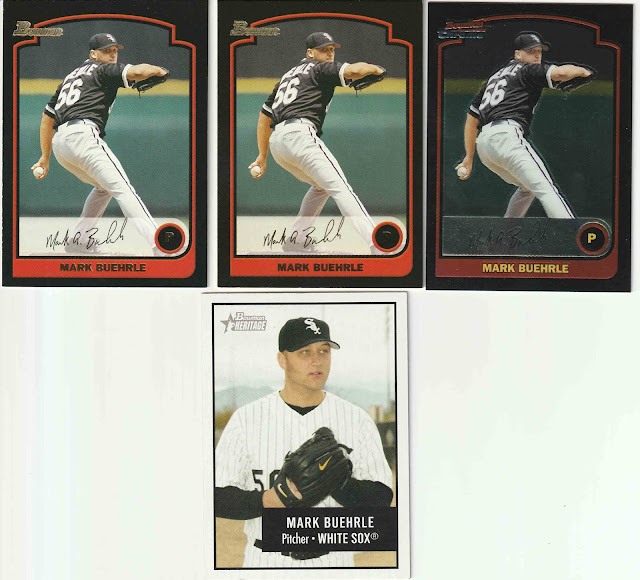 Some 2003 Bowman of Mr. Perfect. I know you can't tell but one of those first 2 is the gold version, the scan doesn't show that at all. 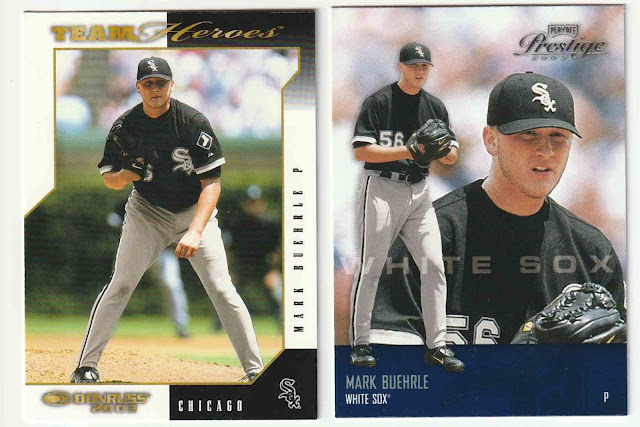 A couple of Donruss/Playoff, also from 2003. He looks so young.

Speaking of the Fleer Hardball, here's another along with 2 other Fleer from 2003. I don't remember those Double Header's either, I definitely would being as it's smaller than a normal card. 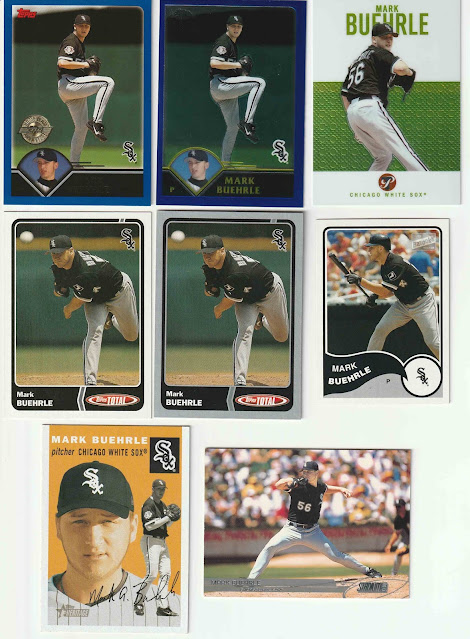 More 2003 of the Topps variety. Another Home Field Advantage and Chrome. 2 versions of Total and a mini Bazooka and one of the older Heritage but the best photo goes to (always) the Stadium Club. 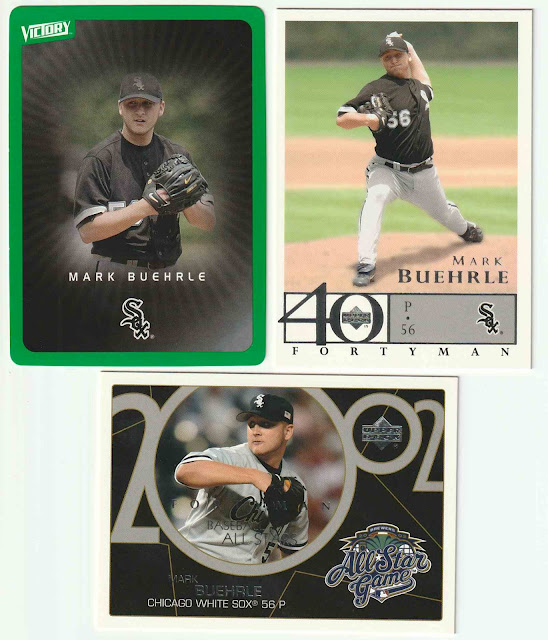 Lastly, of the 2003, the Upper Deck's. The green parallel of Victory and UD's version of Total, it lasted about as long and an All Star card. That card isn't flattering at all. 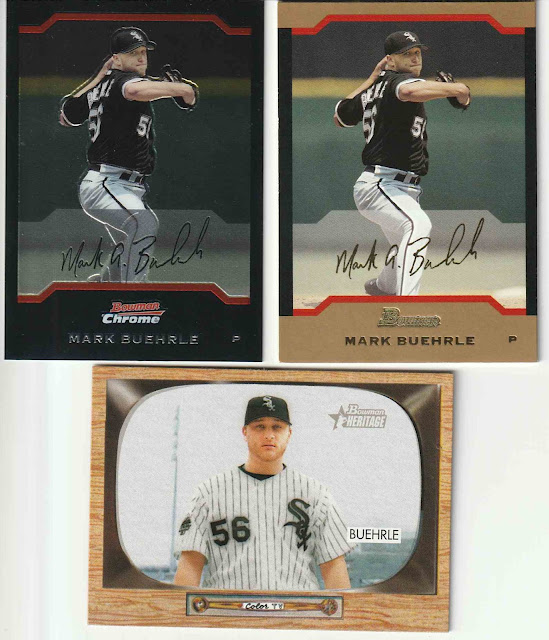 Moving on to 2004, at least this year you can tell the difference between the base and the gold and I love the old TV Bowman Heritage. 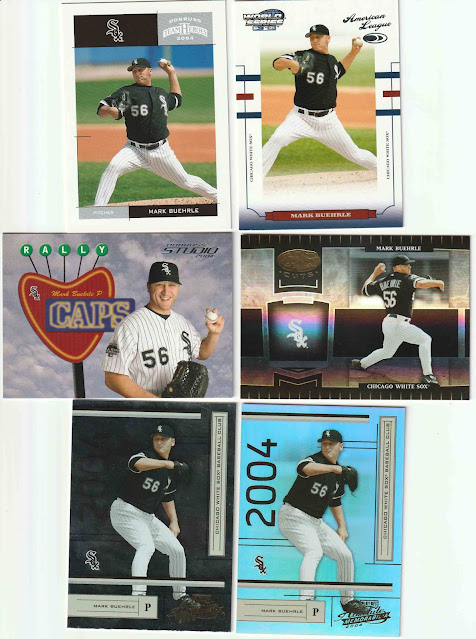 You've seen a lot of these sets in the Crede section except the World Series and the Rally Caps, which would be another set that I didn't care for. All these are 2004 Donruss (more or less). 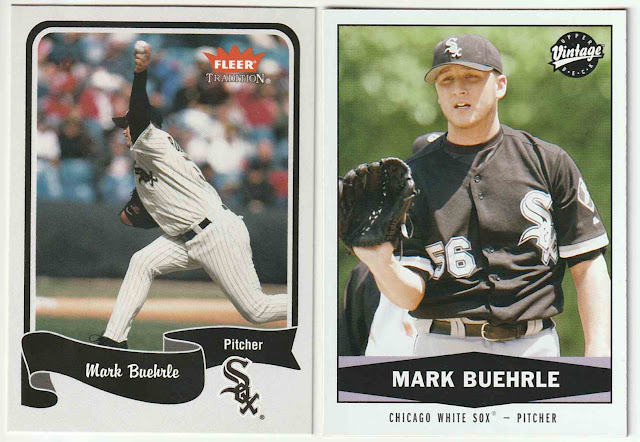 Only 1 Fleer and Upper Deck from 2004. The UD Vintage sets never made sense, like they were copying older Topps set, but not quite. 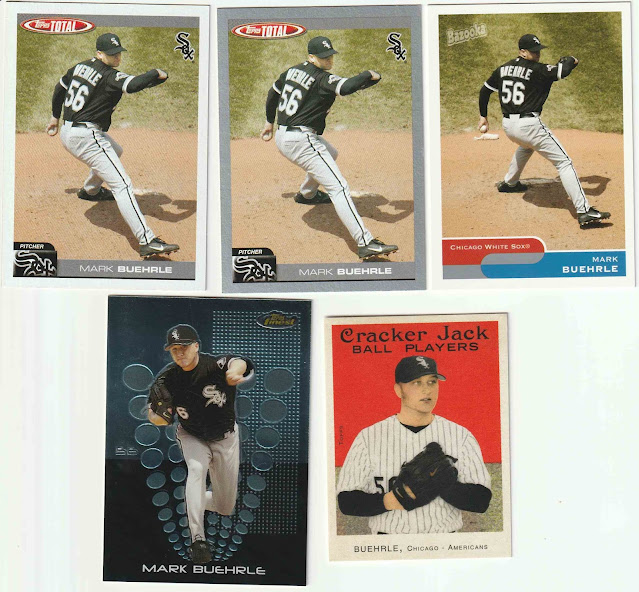 The 2 Total and Bazooka at the top both look pretty close. Not sure what the bubble effect is on the Finest is, it's not horrible but it's not great either. The Cracker Jack is the mini sticker parallel. All of these are 2004 Topps variety. 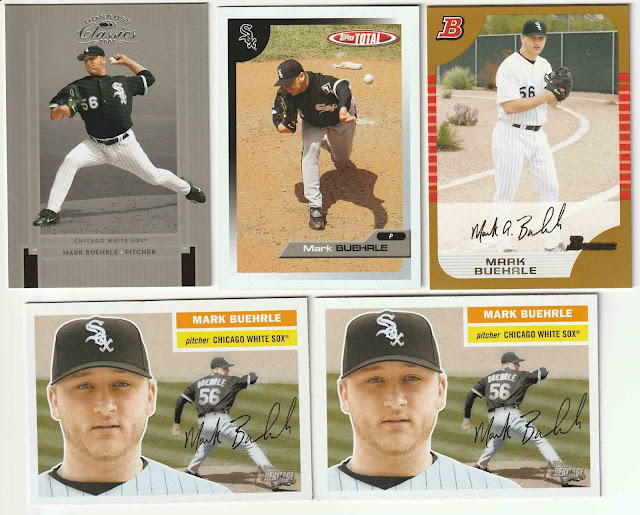 These are all from the Championship season, otherwise know as 2005. You know I like the Heritage at the bottom and no, they aren't dupes, one is a White Back. 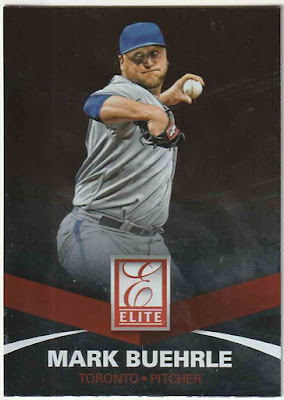 Also a throw in from 2015. This was one of those pick-ups to get me up to at least 4 cards from a seller. I wish he would have stayed his whole career in Chicago but it is what it is. 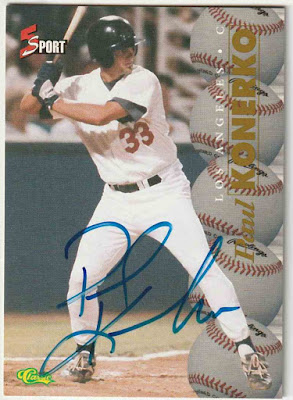 I picked up this auto of PK for $7. This is my 3rd different version of this card but the first autograph and it puts me one more card closer to 700 with 695 cards. He is my top player collection.

Here's hoping tomorrow is better, my cousin found a card shop about an hour away so we are going to go check it out, after I get off work of course.