I went over to my aunt's house to help him start to organize his boxes and boxes and boxes of cards. Spent a couple of hours sorting. I see a lot of new White Sox cards coming in my future from him. We got through 4 5000 count boxes before I headed home. Only 7 more to go and that's just the baseball.

Today's players are a couple of White Sox pitchers, a starter and a reliever (for now). Both are young studs on the staff. 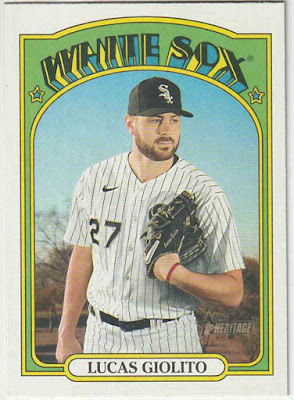 I got this from Fred at work. I probably should have waited until this weekend to post because he just handed me another 20 or 30 cards that I need to add to my collections. I don't know about all of them but I know I saw some A&G Chrome and I know I don't have those. He sent this Giolito along with a bunch of these Heritage that I didn't have. 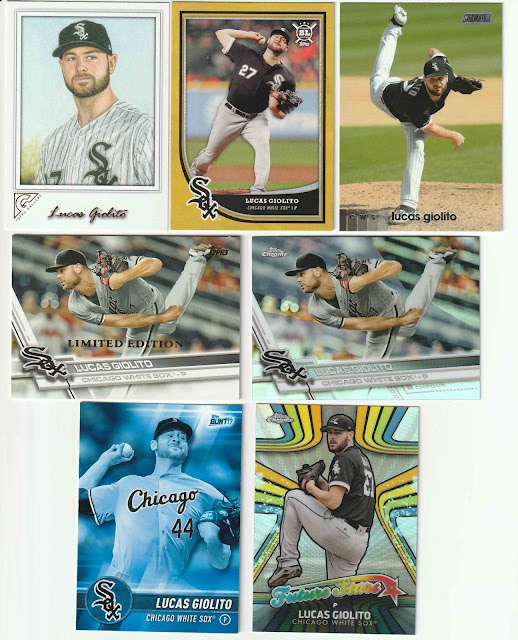 I also grabbed a bunch of Lucas from Sportlots. Everything up there are parallels or inserts other than the Gallery and the Stadium Club. The Chrome in the middle is a refractor. 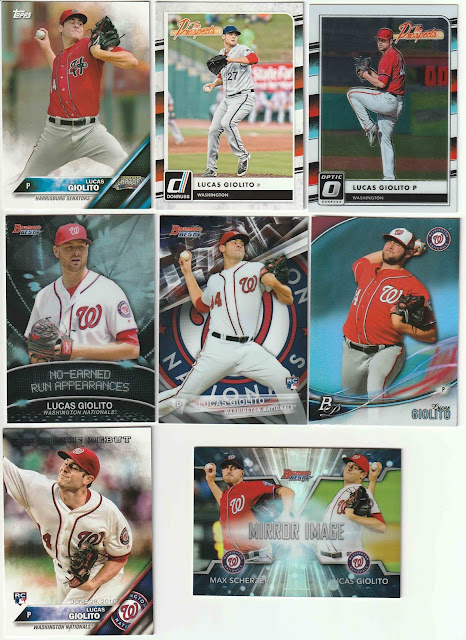 The nice thing about how I'm purchasing on Sportlots, I'm picking up a lot of cards that I probably wouldn't have ran into. Like all these cards of Lucas with the Nationals.

These 15 cards put me over the century mark for Lucas cards at 104. 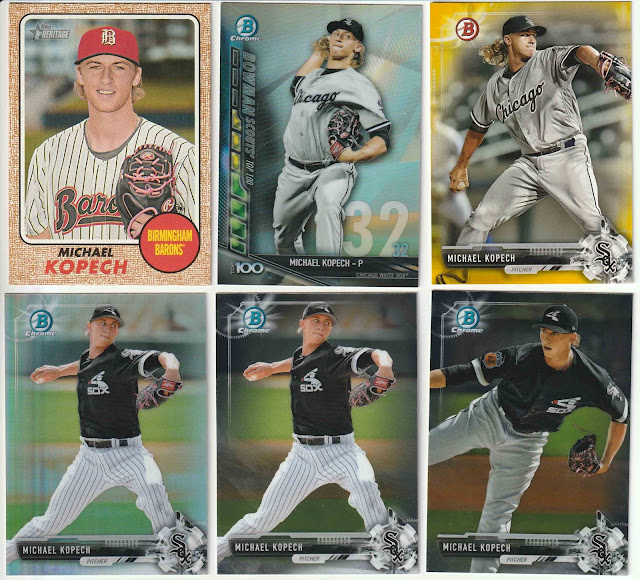 Our even younger stud is Kopech. He's been delegated to long relief in the bullpen until we need him in the rotation which is pretty set at the moment. He's had Tommy John surgery and missed 2019 and opted out of 2020 which is the main reason he has been put in the bullpen to ease him back in but he has been pretty dominant and I think if our rotation wasn't as good as it was, he'd probably already be back in it. 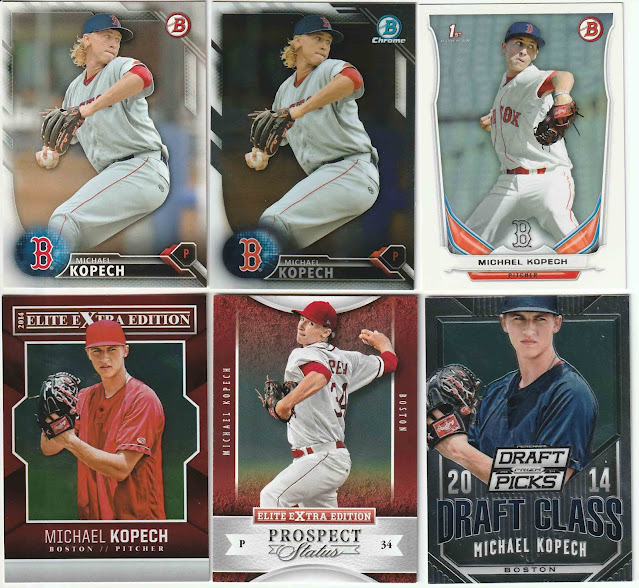 Like Giolito, I've been picking up Kopech cards with the Red Sox that I otherwise, would have never come across.

All of those Sportlots pick-ups were under $.50 with about half of them at $.18.