I've been helping my cousin, Sluggo as he's known around here, set up a Sportlots account and I'm getting ready to list a ton of cards. I mentioned he moved up here, well he's planning on opening a card shop. He has other priorities first, such as buying a place to live, but the card shop is his agenda and I will be helping with some of it. It's really cutting into the time I spend with my cards so we'll see how much I can still get done. He's been buying a ton of cards the last year or so, a lot of high end stuff but we are listing the cheaper cards on Sportlots to start with. He bought out a bunch of collections so there is a ton of stuff to list. There goes my weekends.

Today, you'll get a PC you've seen a bunch of lately. I'll probably double his count by the time I'm done picking up his cheap cards. 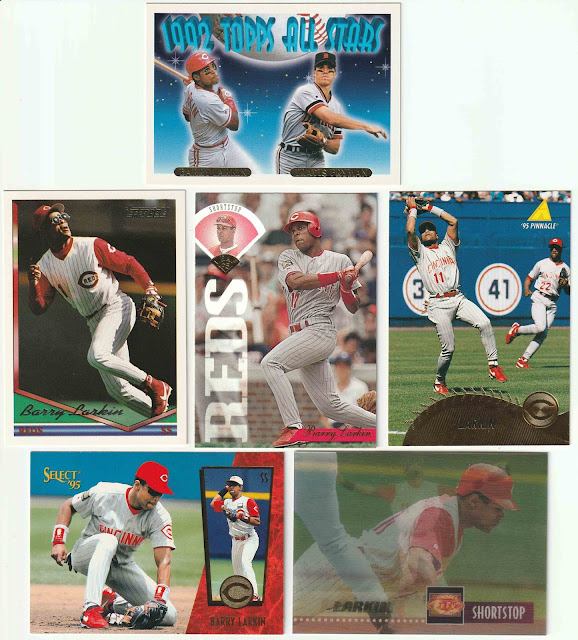 These are 1993-1995. I've already posted more from these years but these were late comers. The 2 Topps are the gold parallel. One thing I've noticed is Larkin gets a lot of great action shots. I like the look of the Select in the bottom row. 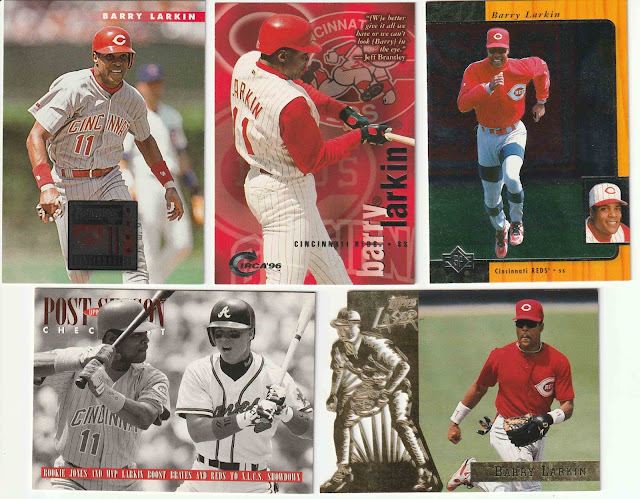 These 5 are all from 1996, the Circa with the red background is pretty cool as well as the Laser on the bottom right. 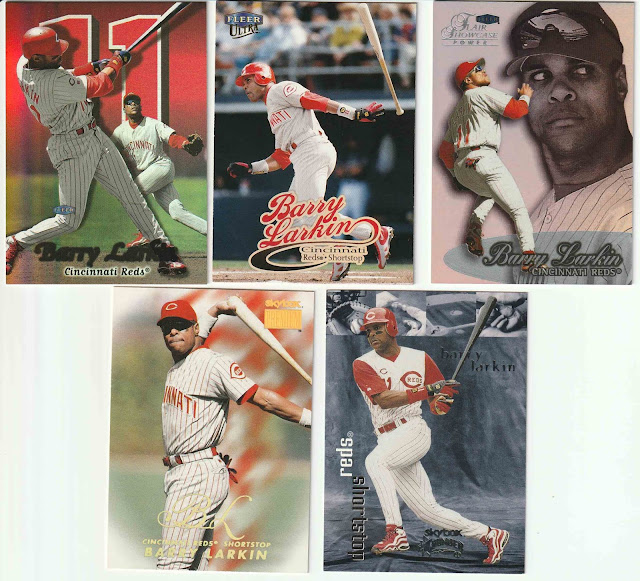 The rest of the cards in this post are from 1999. I've said before that I really like the Flair Showcase on the top left. These 5 are all Fleer/Skybox cards. 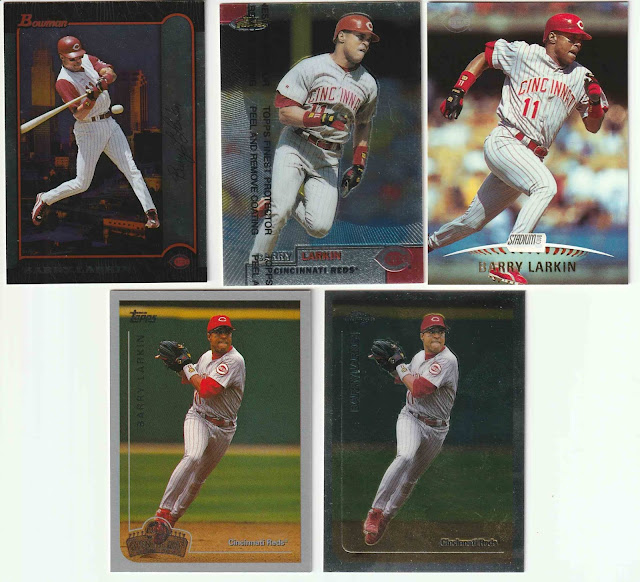 In the Topps portion you get hitting, running and playing the field. Lots of action here. The Bowman (1st card) is the international version and the bottom left is the Opening Day next to the Chrome. 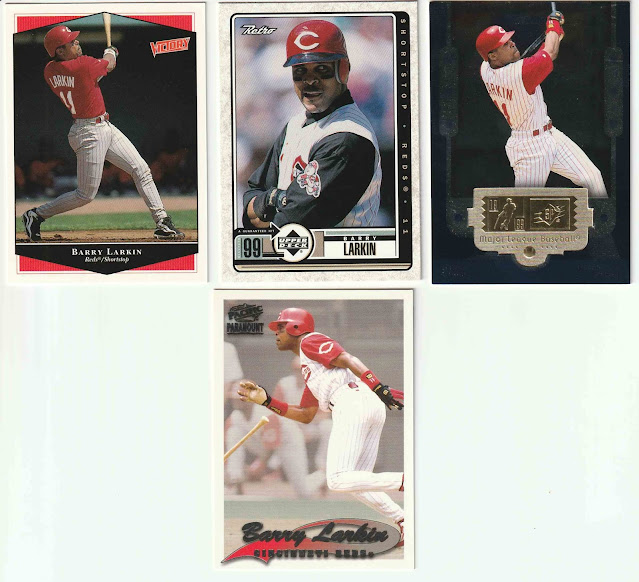 Last but not least, you have the Upper Deck and one lone Pacific. Other than that Retro, you see more action shots. The Victory and SPx are almost the same shot but with different uniforms.
Posted by Jeff Laws at 9:25 PM