Had a decent time camping, just chilled. To be honest, I felt like I could have been home working on my cards. My daughter, who's almost 19, was hardly around and my son, who's almost 17, pretty much hung out around me most of the weekend so it was good bonding time with him.

I'm glad I wasn't home to watch the Sox as we got swept this weekend. I did have some time this morning to continue logging my past Sportlots cards in. I really need to stop letting my box get up to 500 cards before I ship them, it takes forever to get through them.

The random gave us a player collection for today. I still have one more post of this player to go so these are all between 1992-1994. 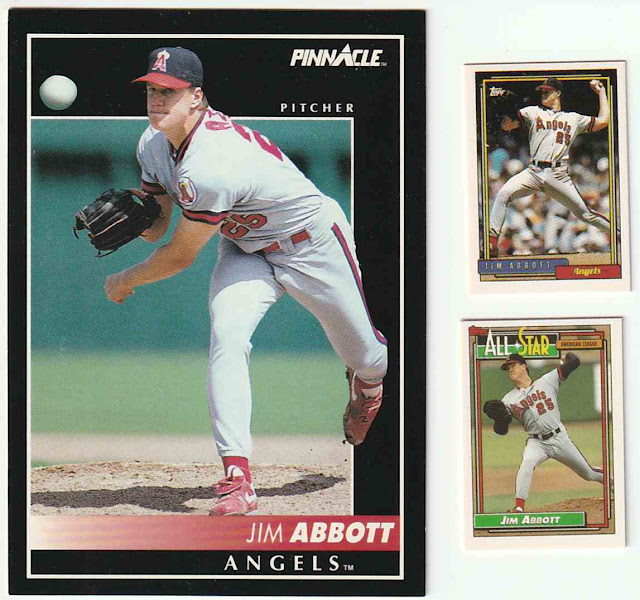 This is what's left of the 1992. The Pinnacle is the normal sized card, the other 2 are the micro mini's. 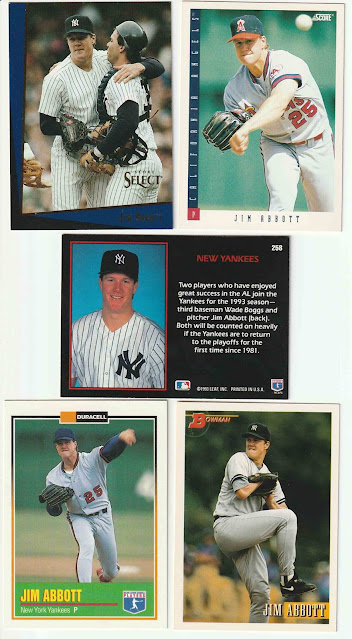 These are an assortment of 1993's. A couple of Score's at the top followed by the back of a Donruss Triple Play with Wade Boggs on the front. The bottom row is a Duracell (which I had never seen before) and a Bowman. 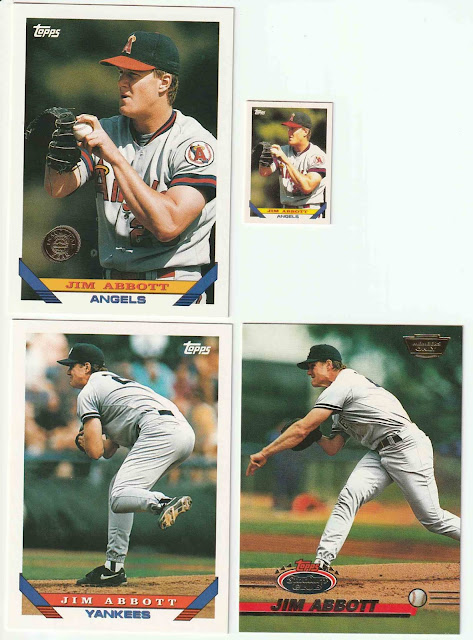 In the Topps section, you see a home team advantage followed by the micros. The bottom row is the traded and the Stadium Club Member's Only. 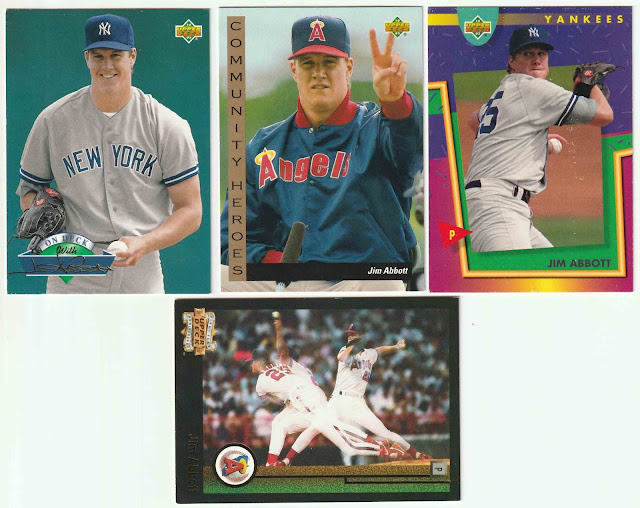 These are all 1993 Upper Deck's. The first is an On Deck insert, followed by the Community Heroes insert and a Fun Pack set. The bottom card is the 5th Anniversary set insert. I'm not a big fan when they superimpose other pics across the top like that. 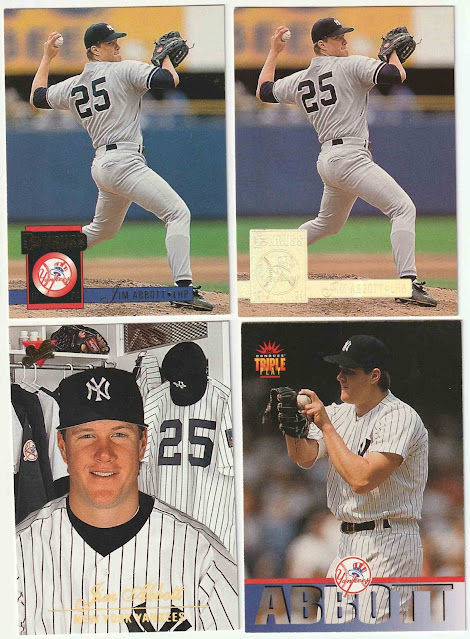 On to the 1994, these are all Donruss. Their flagship followed by the Special Edition. The bottom row is the Studio and the Triple Play. I like the Studio set with the locker room background, other than it being the Yankees. 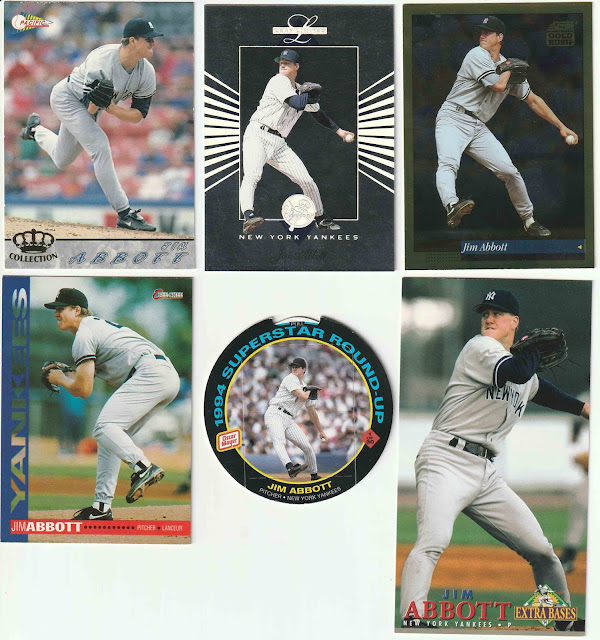 This is the other section from 1994 with everything from Pacific to Oscar Meyer. The top row is Pacific, Leaf Limited and Score Gold Rush. The bottom row is the O-Pee-Chee, Oscar Meyer and an oversized Fleer Extra Bases. 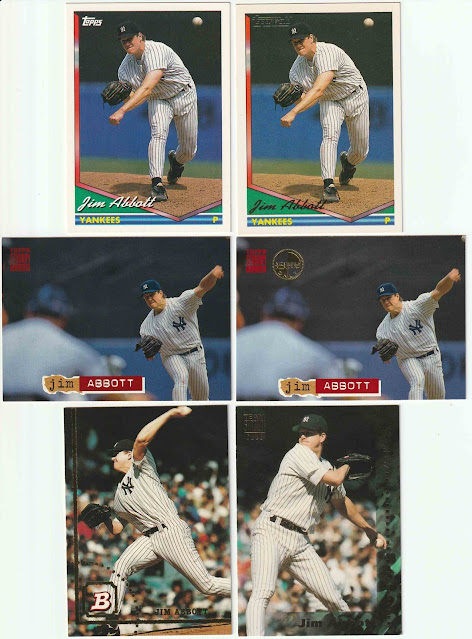 Next up is the dupes section, not really but it looks like it. The top is the flagship and the gold version. The Stadium Club photograph is pretty cool, the other one is the Member's Only. The bottom row is a Bowman and another Stadium Club but the team version. 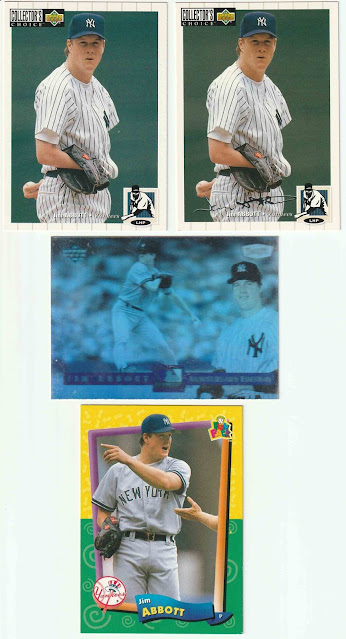 Last but not least, because it's more or less alphabetically, the 1994 Upper Deck. You have the Collector's Choice's at the top with the base and the silver signature. The middle card is the Denny's hologram version followed by another Fun Pack at the bottom.