Has anybody noticed these at Dairy Queen. 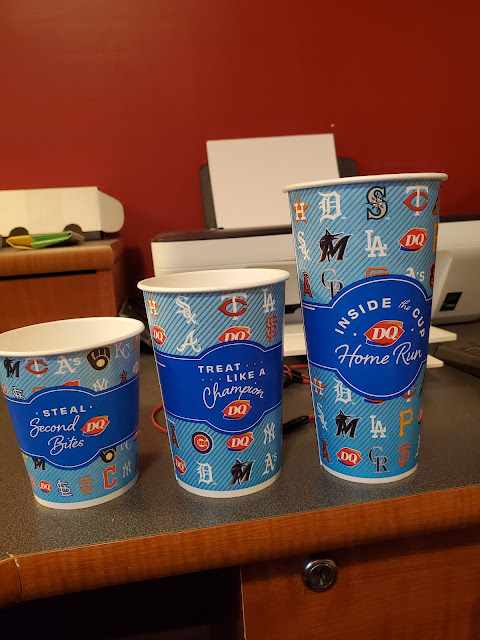 My son works there and he sent a pic of one and I said bring me one home. He brought all 3 home because they all say something different. Now that I have them home, I'm not really sure what I'm going to do with them. They've actually just been sitting on my desk for a couple of weeks now. I may decide to just throw them away. I don't know.

A little different of a post today. Usually you get a player collection or a team collection. Today, you get one of my favorites, even though I don't pick them up as much. There's a guy that sets up at the show we are setting up at this weekend that is all these and I'm thinking about throwing some cash his way.

We'll start off with some cheap pick-ups. 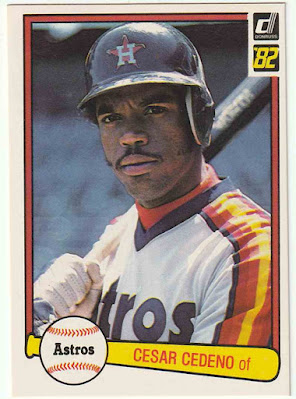 I picked up this 1982 Donruss, I usually look for this set when I'm picking up extras on Sportlots because I'm slowly getting closer to completing it. It is my 529th card which is good for 80% complete. It might be time to hit the baseballcardstore.ca to see if I can't grab some more to finish it. 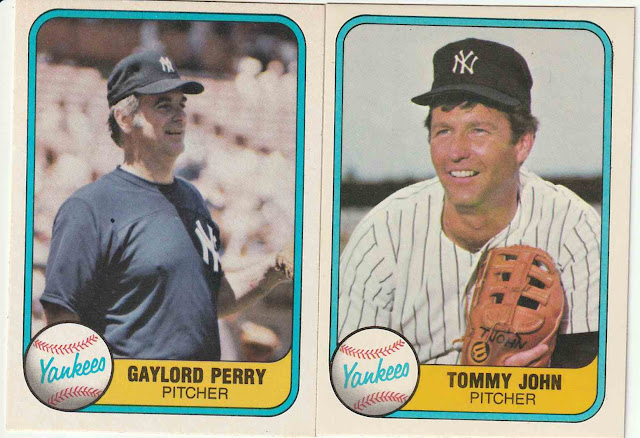 I also picked up a couple from the 1981 Fleer set. A couple pretty good pitchers back in the day at that. This set is right behind the 1982 Donruss with 523 cards. 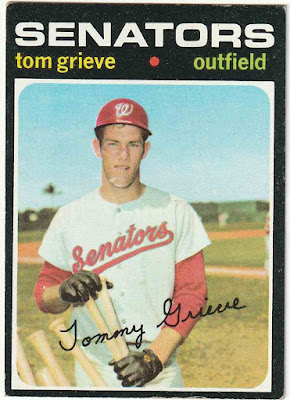 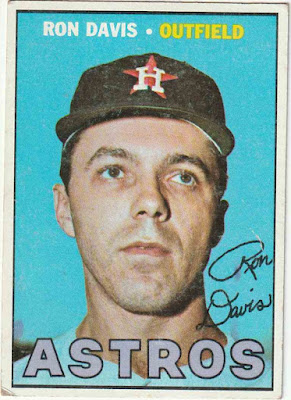 It's always a bonus when I can find 60's cards for under a quarter. I picked up this 1967 which gives me 44 cards from that set. I'm pretty sure half of those are White Sox cards. I looked, 17 of them are Sox so not quite half. 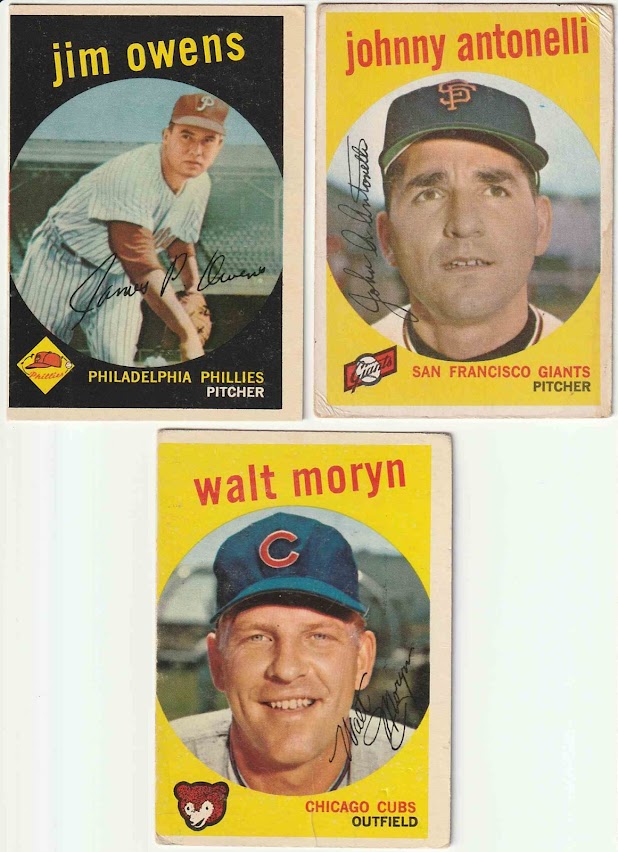 Not only was I able to grab some 60's, I also managed a few from 1959. I really love finding these cheap, These 3 cards give me 21 cards for that set.

All of the above were from Sportlots that I grabbed to take advantage of the shipping on a couple of sellers when picking up some player collections. 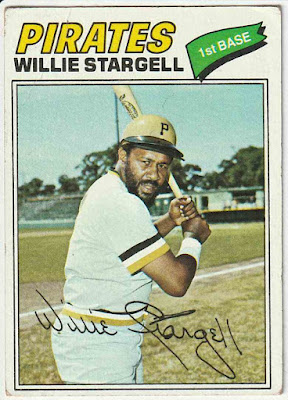 This 1977 Willie Stargell, I picked up at the LCS. It was in the dollar box and I said why not. 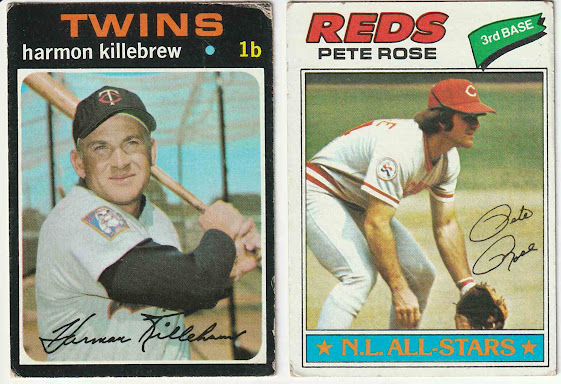 I picked up these 2 in Shipshewana in the dollar boxes. If I had to guess, I would say from Hollister because I believe he was the only one I spent money with at that last show. A couple of really good players. The Rose and Stargell up there give me 273 cards from the 1977 Topps set. 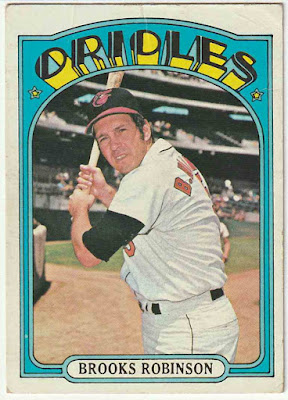 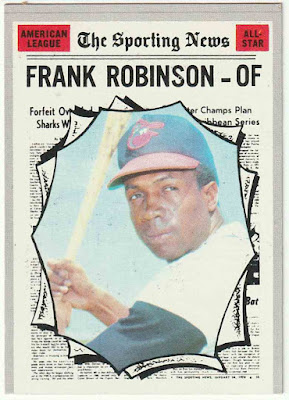 I picked these up from Hollister when I ran into him at the LCS. They were in his half off box, they were marked $4 which meant they were $2 but we got a discount for buying a bunch so I paid less than $2 each. I don't think that's too much for the Hall of Fame brothers. (Kidding, I know they aren't). The 1970 on the right gives me 96 cards from that set. 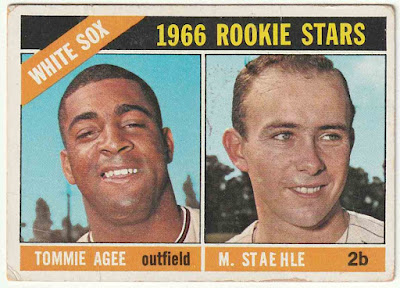 This was also a half off purchase of $2. I wouldn't have spent that much but I was already dropping a bunch, what was $2 more for a Vintage White Sox card. This card gives me 40 for the 1966 set. 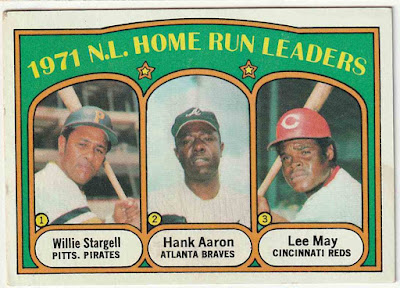 This was my favorite of the vintage pick-ups. A 1972 Hank Aaron. Sure, it's not his single but I loved these as a kid because I got great players on 1 card and they were cheaper than the singles. This was also a half off card from Hollister that I grabbed for $2. This and the Brooks Robinson up there give me 82 cards from that set.