The White Sox are on an off day but at least they are winning again. They've won the last 3, 2 of those a sweep over the Cubs which is always a good thing. 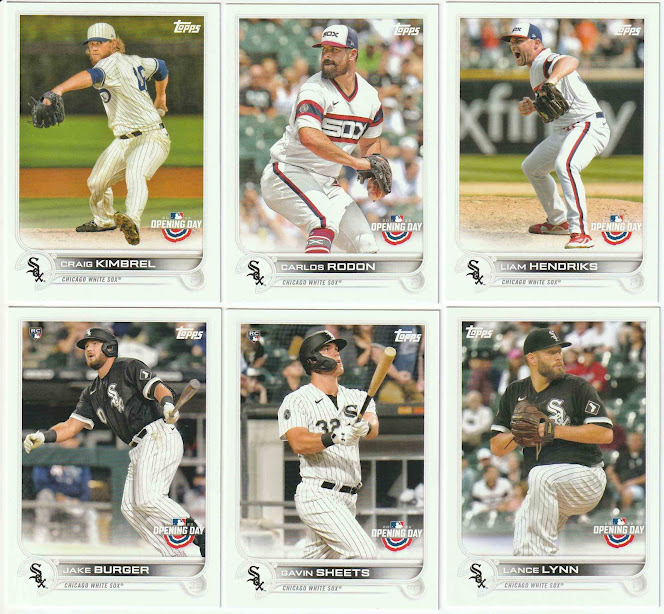 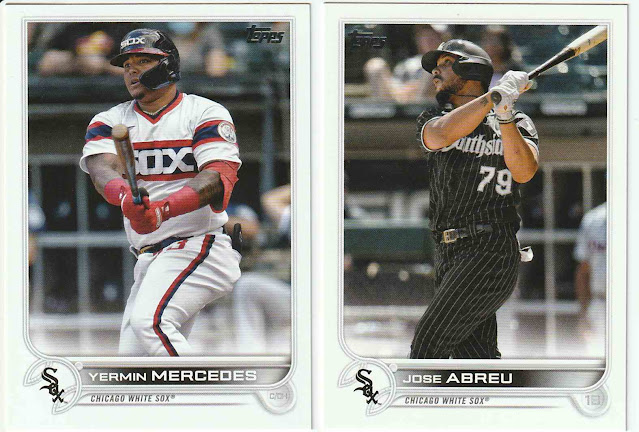 First up, I have some 2022 cards that Fred brought to me. The first 2 Opening Day cards are no longer with us, not sad about Kimbrel, I was about Rodon. I also like that the Southside jersey is shown in the Abreu card. I do like the black pinstripes. I like picking up Hendriks cards as well, I love his passion for the game. 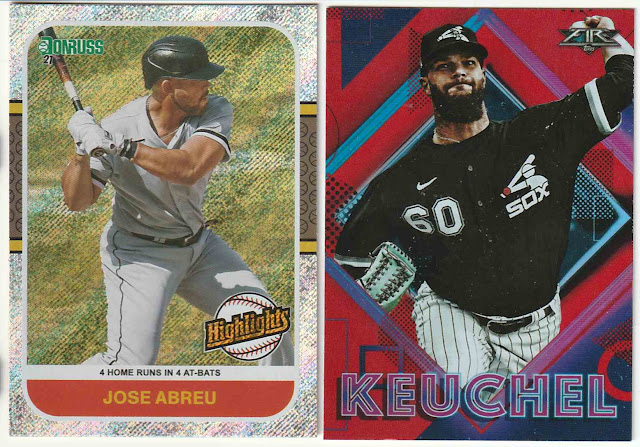 I picked up both of these at the LCS in the dime box. I like Abreu, Keuchel has really struggled the last couple of years. 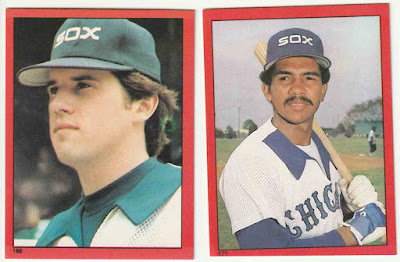 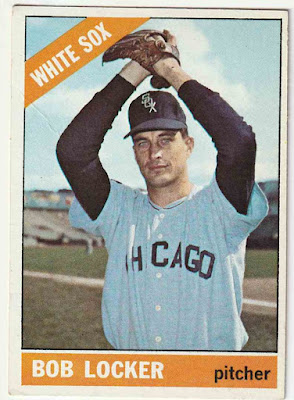 These 2 stickers and a vintage Sox card came from Sportlots. I grabbed them from a seller that I only had 1 card picked out so I grabbed a few more on the cheap. If you would have asked me, I would have said I had the Bob Locker card, but apparently not. 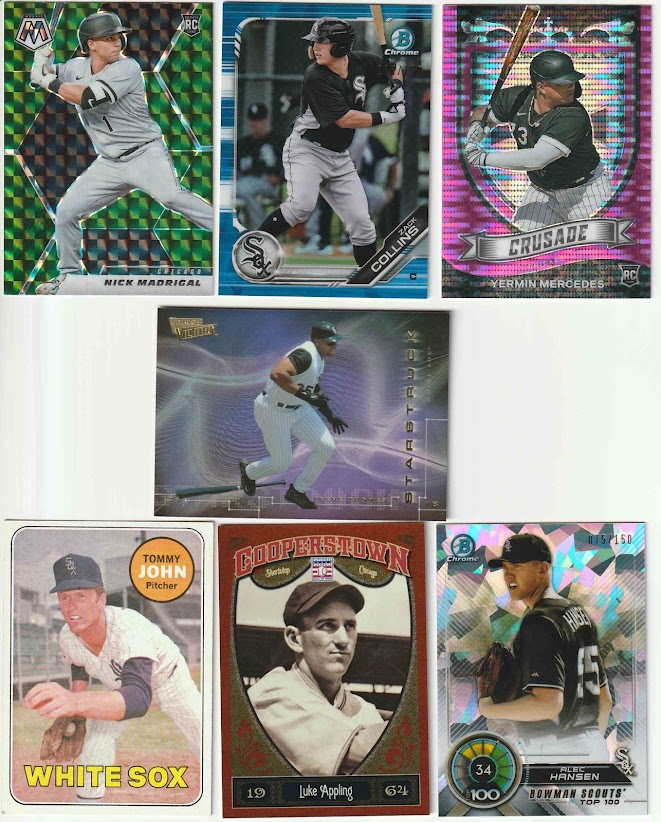 These all came from the dollar boxes at the Shipshewana. Other than the Frank Thomas (90's insert) and the Tommy John (1969), they are all parallels. The Collins, Appling and Hansen are all numbered. 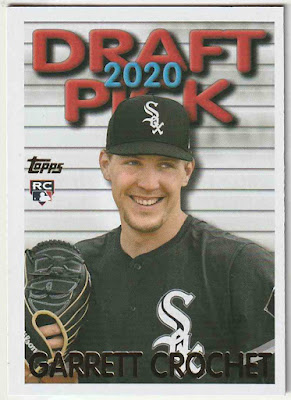 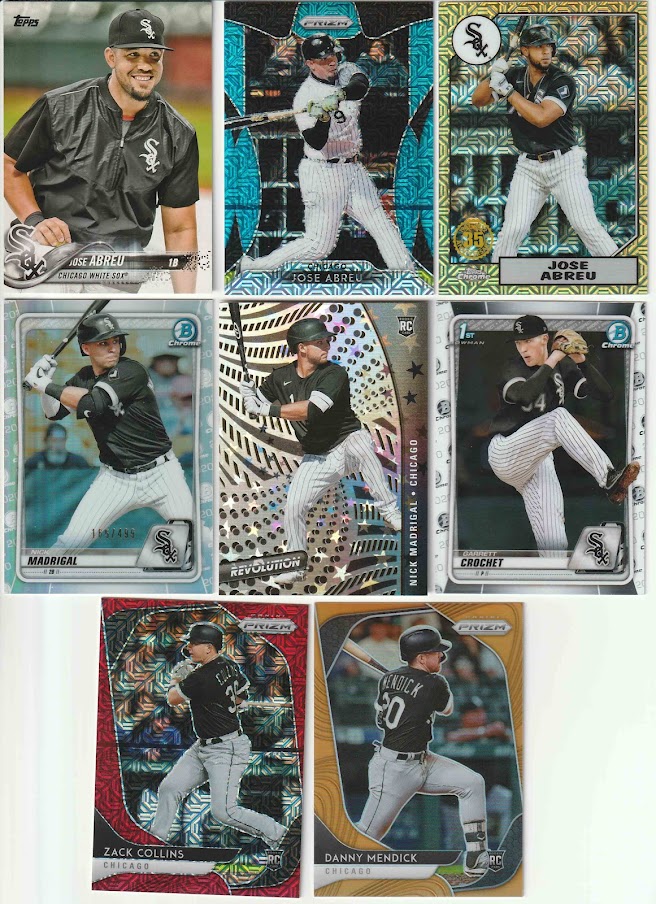 These 9 cards all came from Sluggo's boxes so they are all at least a couple bucks a piece. That first Abreu is a short print followed by a bunch more parallels.

The next 2 items I came across at the Shipshewana show. The dealer is the guy who runs the Plymouth show that we set up at. I really wanted them but I already dropped more money than I wanted at the show. I told him if he didn't sell them, to bring them to the Plymouth show the next week and I'd buy them. 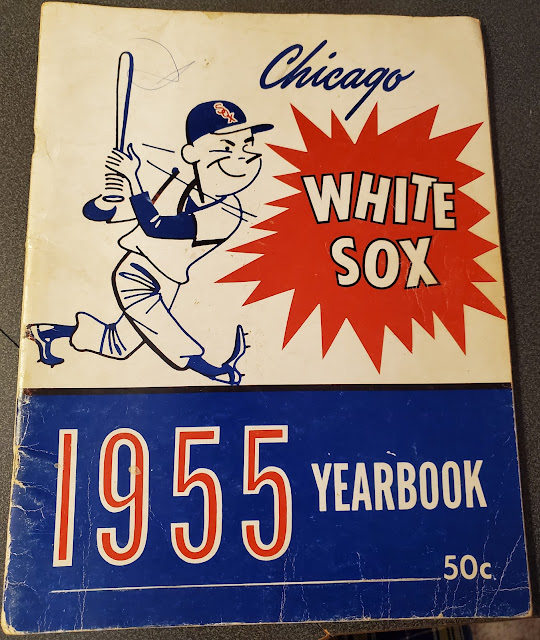 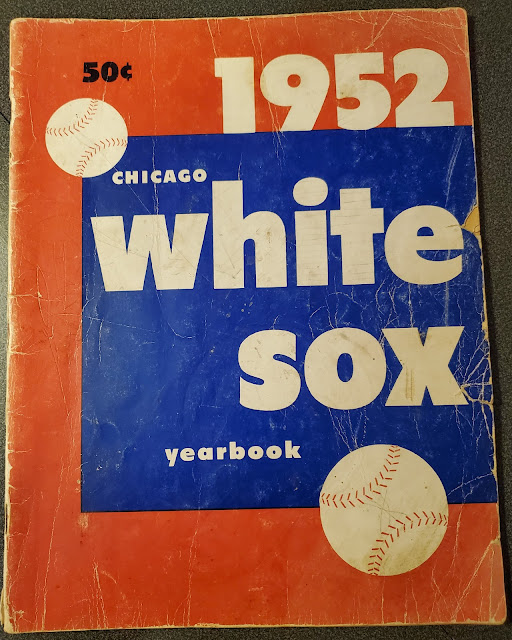 I thought these were pretty cool. I couldn't wait to get to Plymouth and see if he still had them. They are pretty thick books. I don't have them in front of me but I'd guess about 30 pages or so. There isn't anything real fancy in them but they are still pretty awesome.
Posted by Jeff Laws at 8:22 PM