Biggest purchase this year, so far

I intended on posting yesterday but time got away from me and I forgot. Not that I was doing anything because I'm still on vacation (minus the phone calls I keep getting.) I was even excited about this post because it was a big purchase for me and I was excited about posting it.

I bought all of these at the last Plymouth show from Josh, who runs that show. 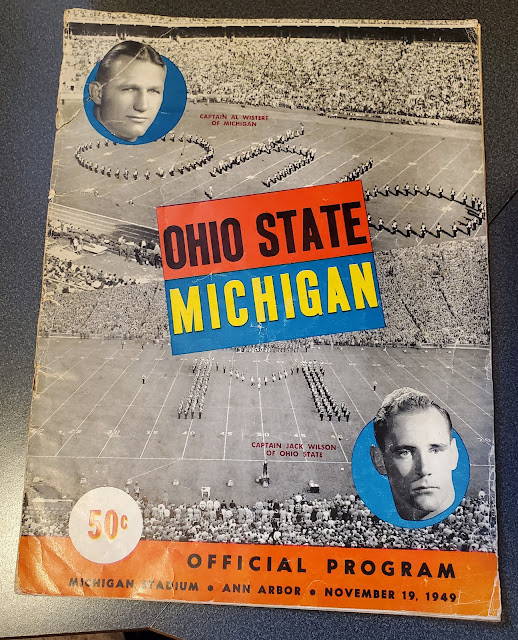 First off is the program from "the Game" in 1949. It ended in a tie so I can't even take bragging rights on it. A couple of cool things I found in it though. 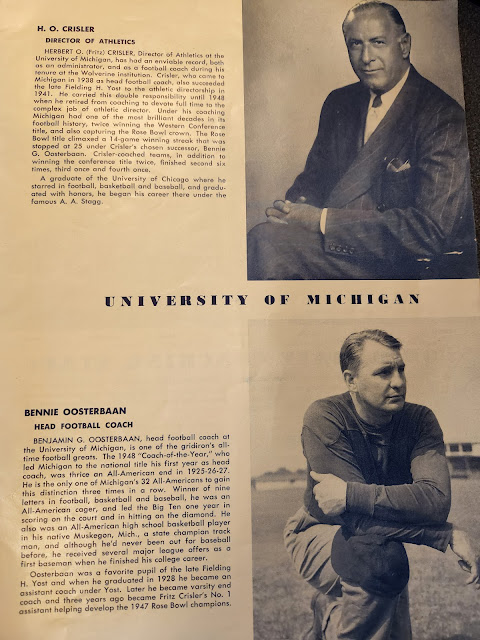 If you know Michigan, than you know those 2 names. 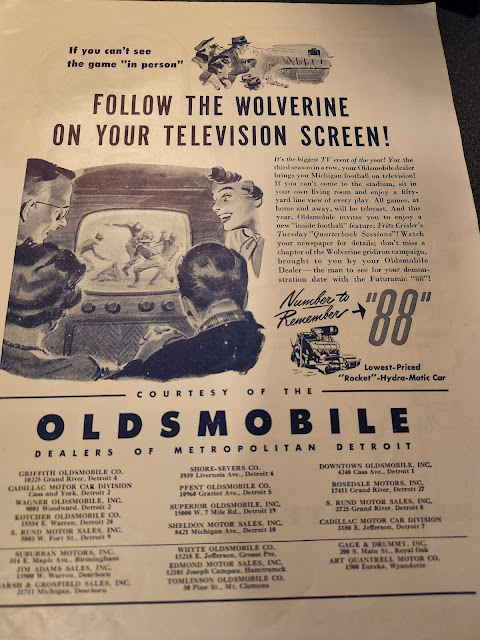 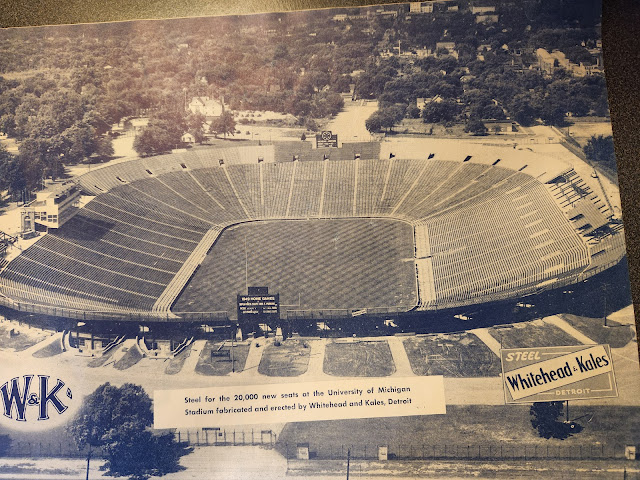 According to the caption, they just added 20,000 seats. The stadium looks a little different now-a-days.

That was all he had for Michigan, but it was pretty cool if you ask me. 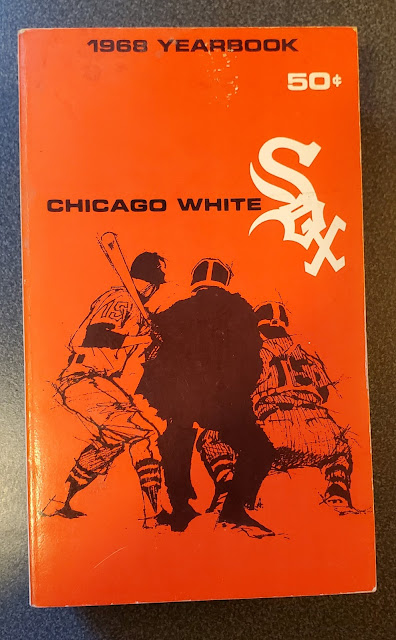 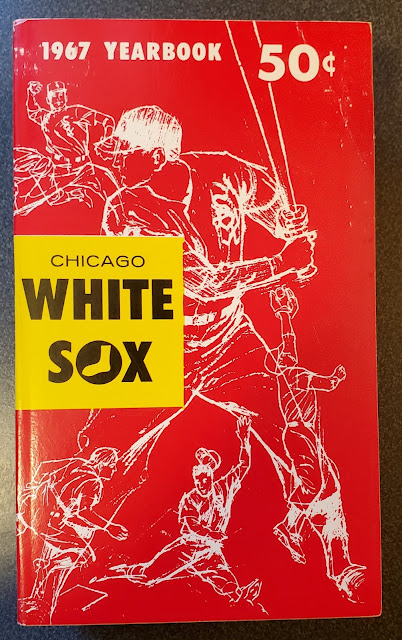 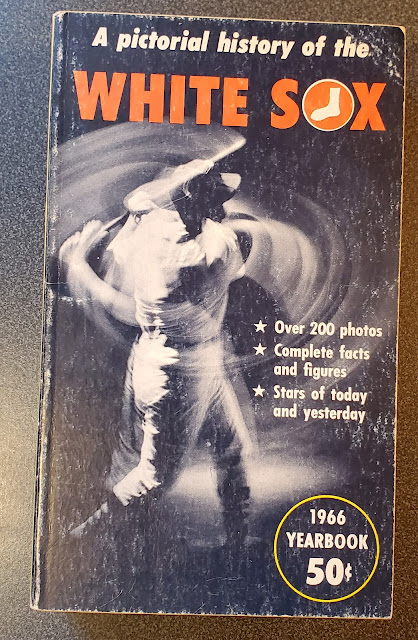 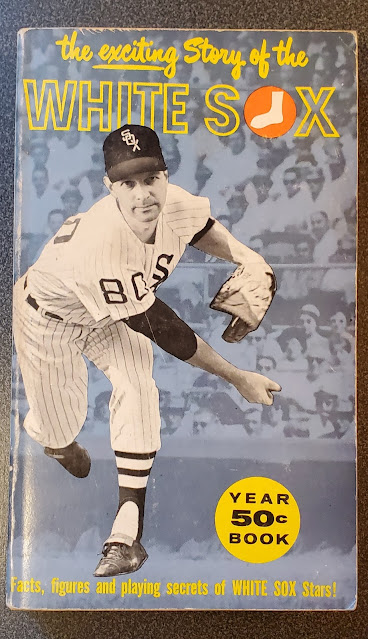 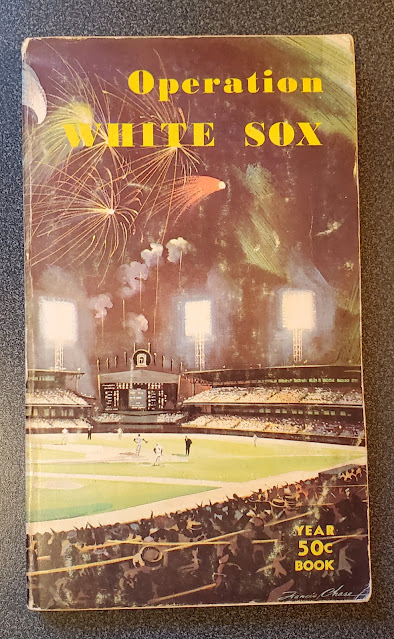 I put the years under each book. They are all pretty much the same, around 150 pages of articles, photos and a few pages dedicated to each player on the roster. I haven't had a chance to really sit and go through them but I've glanced through them. They are called pocket yearbooks as they aren't real huge in size. 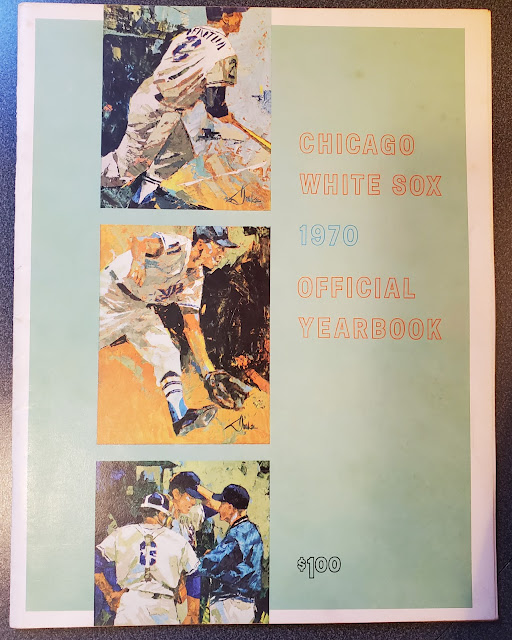 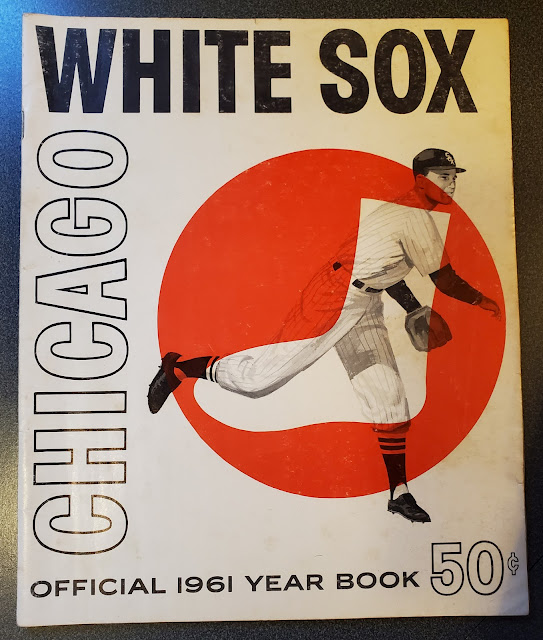 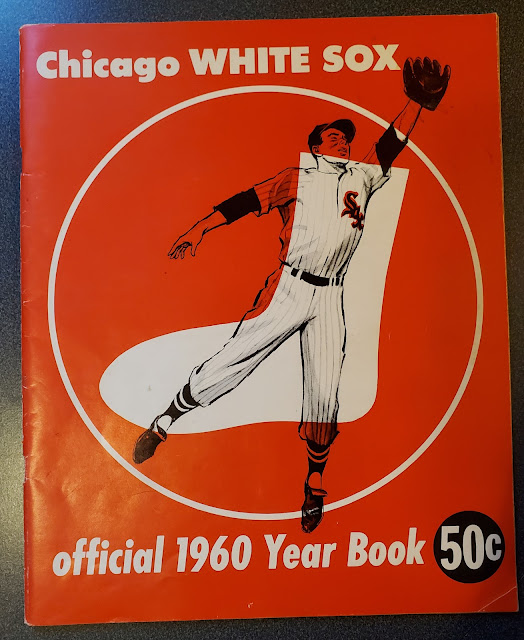 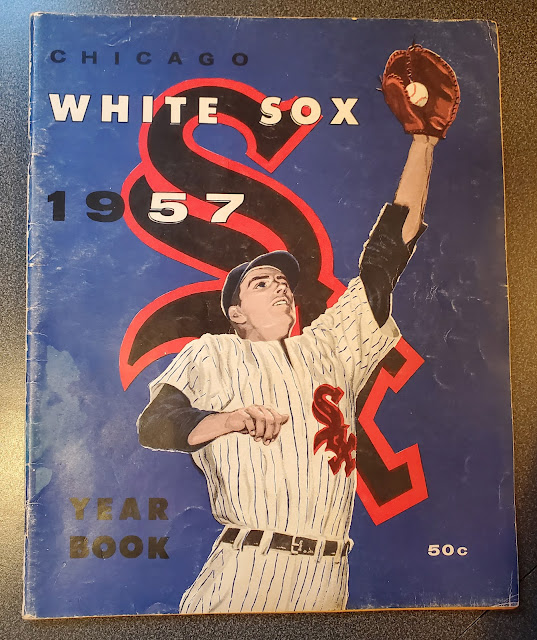 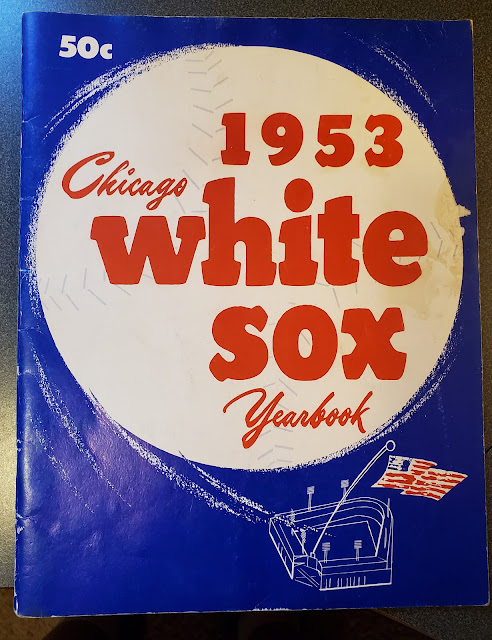 All of those are yearbooks, I assume they sold at the games. I don't know if they did individual game programs like they do now. I wouldn't think so with their printing capabilities back then. They mainly go through the roster and a few articles and photos. 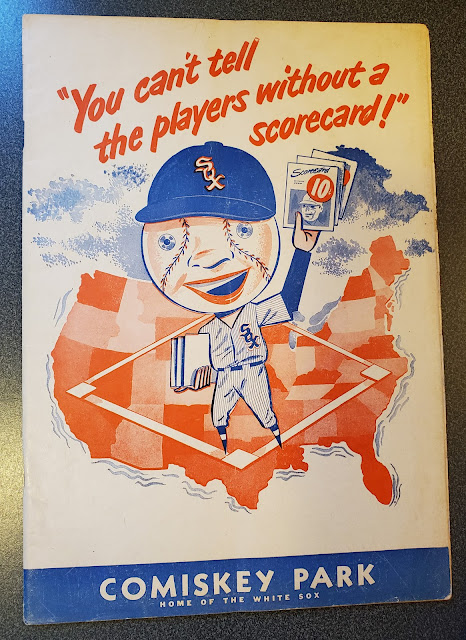 This I really love. It's a scorecard that was given out in 1954. It's pretty much 15 pages of advertising with a little bit about Sox stuff in there. In the middle it comes with a scorecard for you to keep while you watch the game. 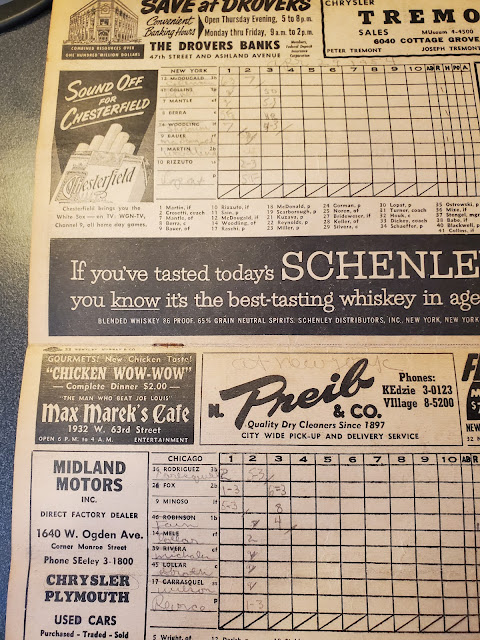 This was from a game with the Yankees in 1954. Whoever was using it wrote April 29th, 1954 on it but they actually played on the 26th & 28th so I'll assume it was from the 28th. Look at those names printed in there though, Mickey Mantle & Yogi Berra to start with and on the Sox side you see Nellie Fox and Minnie Minoso. Whoever kept the score stopped in the 3rd inning but the Sox ended up losing 5-4. It does show that Yogi Berra hit a HR in the 3rd, maybe that's why the guy stopped keeping it.

I loved that he had these but I dropped some big bucks for myself so as much as I love this stuff, I'm glad I don't run into it very often. I'm extremely happy with the purchase though.