Great News for me, PK for you

I was catching up on some reading before I came to do this post and read some exciting news. Exciting enough that I actually thought positive thoughts about Michigan football (it's been awhile.) No, it wasn't the signing of the extension for Jim Harbaugh. It was who he selected to be the running backs coach.

You should know him as one of my Tier 1 collections and personally, he's my favorite Michigan player of all time. He's been at IU coaching the running backs for the last couple of seasons, he also coined the phrase "Little Brother" in regards to that other team in Michigan. I'm excited to have him back in the Maize and Blue.

Sorry, I got a little lost in the good news. There is an actual post coming up. Yesterday we had the 1999 Konerko's, well, the great random on the internet decided to follow it up with his next year. 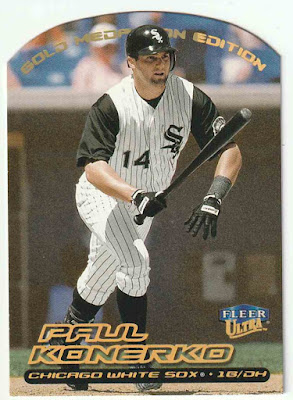 First up is the Ultra Gold Medallion. I do like that they die cut them this year. 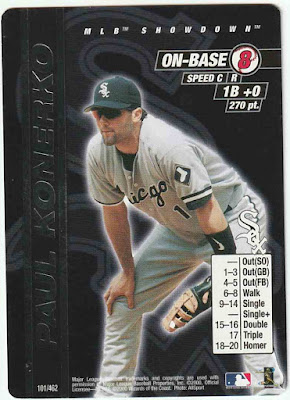 The MLB Showdown. I still have never played this game. 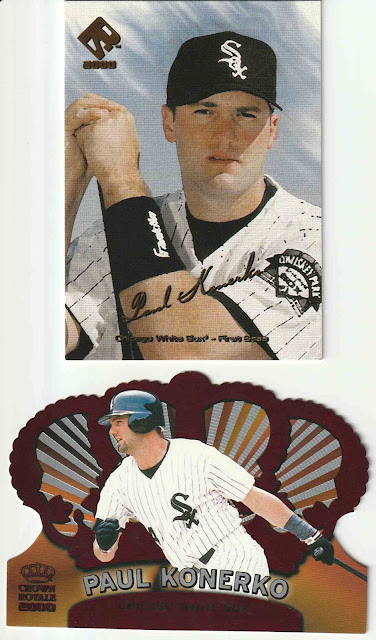 A couple of Pacific, including the die cut red Crown Royal. That's a pretty sweet card. 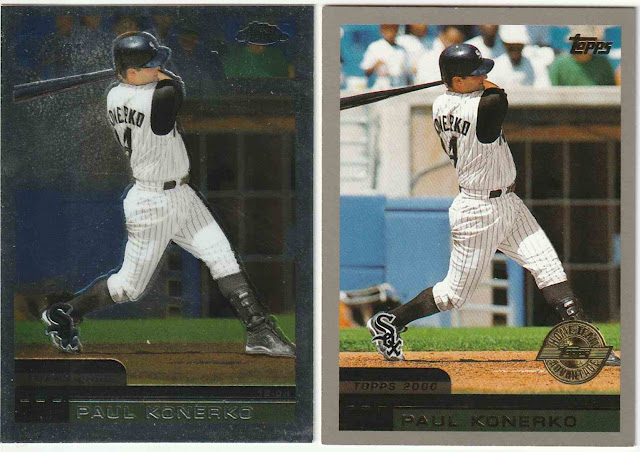 A couple of Topps. The Chrome's aren't as nice as they are now and that card on the right is the Home Team Advantage parallel. I don't know how that set was distributed. If it was a team set or a parallel or whatever. Drop me a line if you know. I'm too lazy to look. 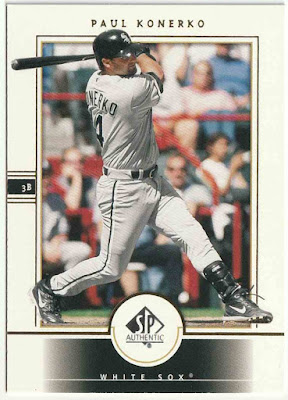 Last but not least, but because it's alphabetical, Upper Deck.