Am I collecting stamps?

I finally opened up my Sportlots box and sorted the cards. I still have to list and scan them before they become part of the random but today's player has cards in that box so even though he's getting posted, he'll have another post coming when he pops up again.

First up, all the Sportlots purchases that I have already processed. 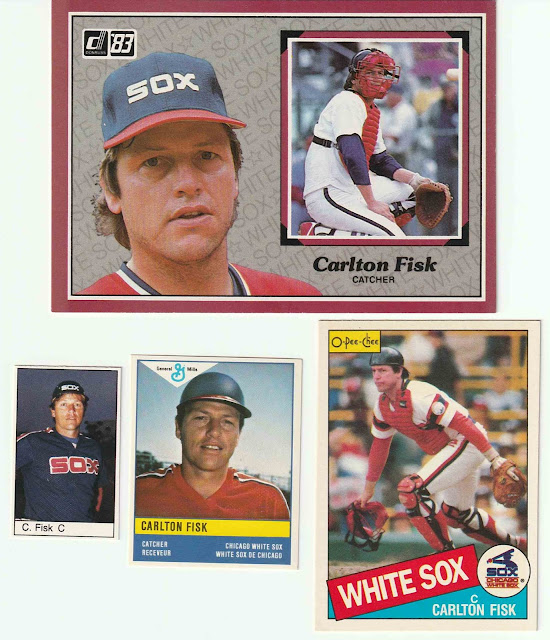 The top "jumbo" card is from 1983 Donruss. The bottom 3 are from 1985. The first one is an All-Star game program insert. I know nothing of them other than I assume they came in an all-star game program. See, I could be a detective. The middle (General Mills) is a sticker and the Canadian version of Topps. 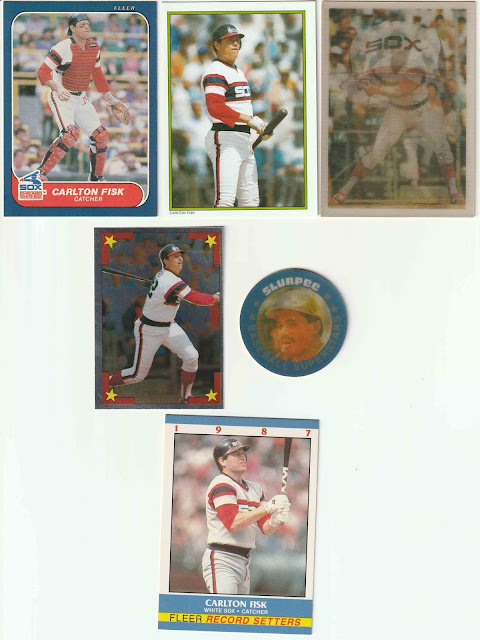 These are 1986 and 1987. I'm surprised I didn't already have the Fleer or the Sportflicts but apparently I didn't. A few oddballs and one of the many mini Fleer sets. 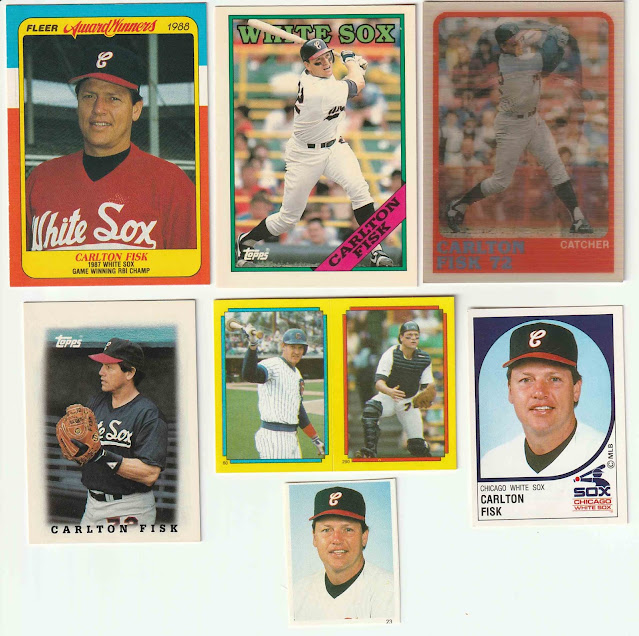 Some 1988 and 1989. Lots of oddballs and stickers. The Topps in the middle of the top row is the Tiffany version. 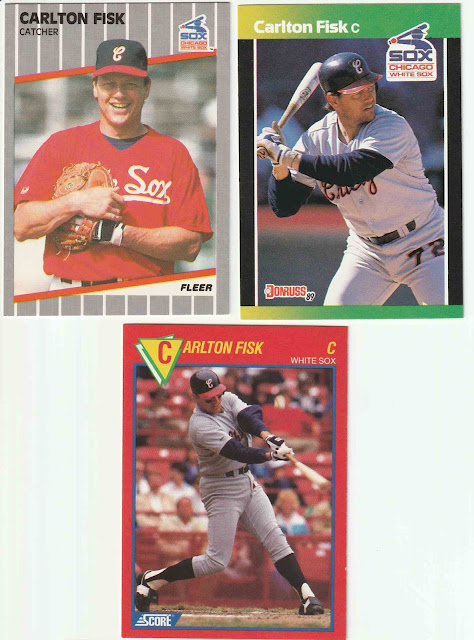 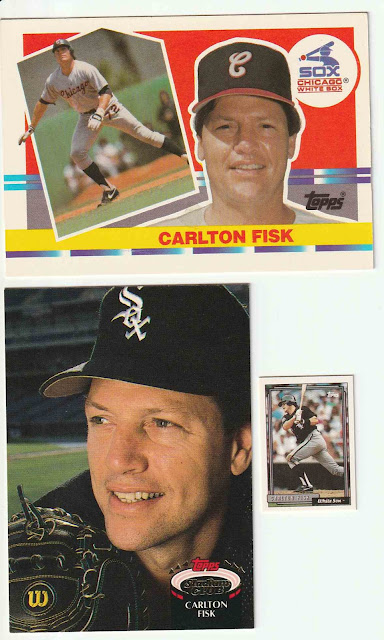 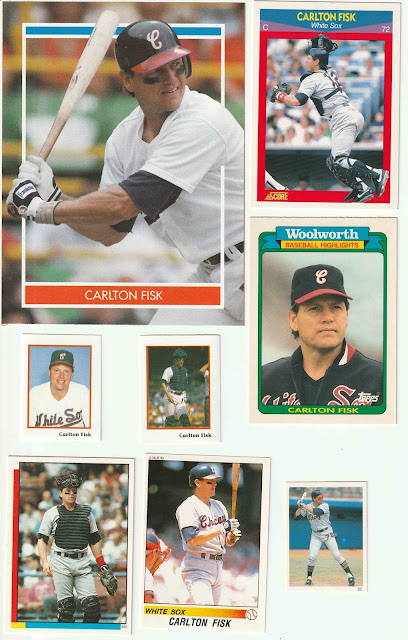 All 1990. The top left and the 2 small stickers underneath it are all Publications International, whatever those are. Stickers in the bottom row and another score plus a Woolworths. 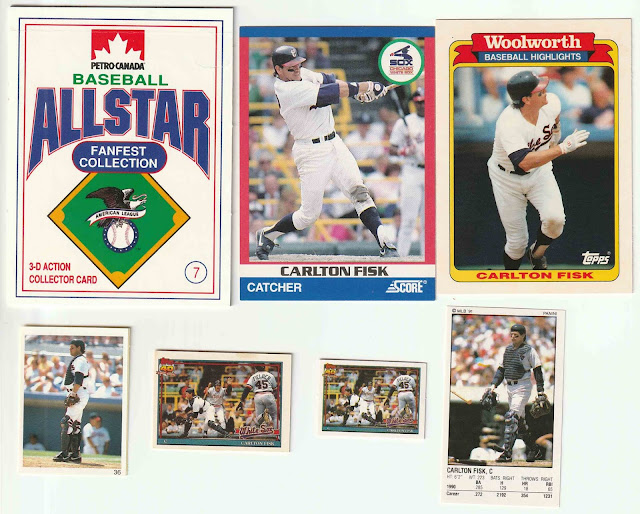 1991's. The top left is kind of a book, I should have scanned the inside. Bottom row are sticker bookends with a micro and a Cracker Jack in the middle. 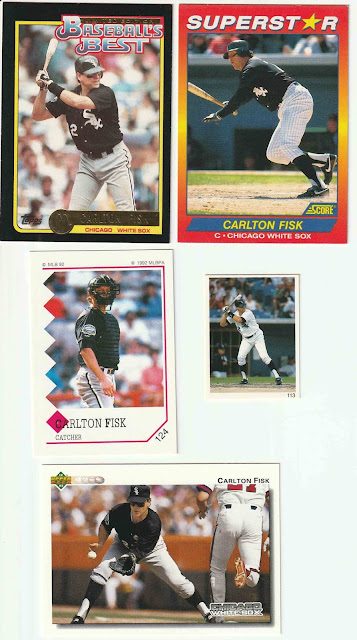 1992's. Topps McDonalds at the top some stickers and the Upper Deck is the gold hologram version. 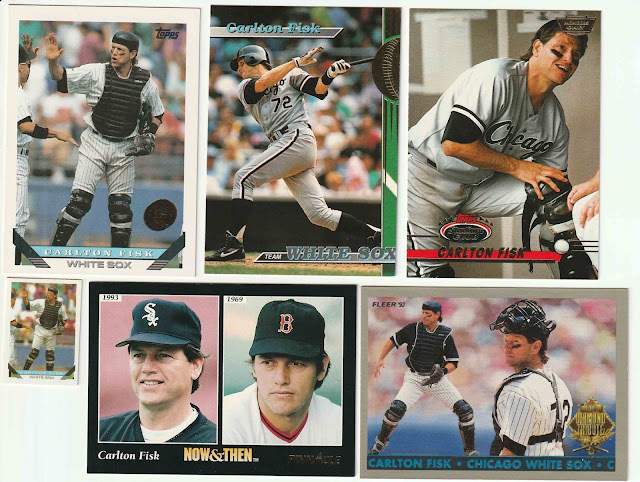 1993's. Topps (Rockies version) and a micro. A couple Stadium Club and some horizonal Pinnacle and Fleer. 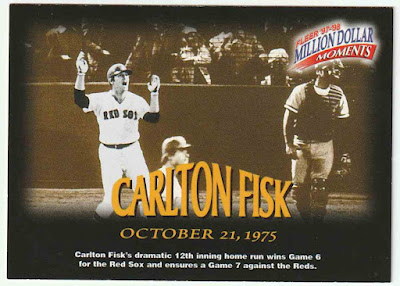 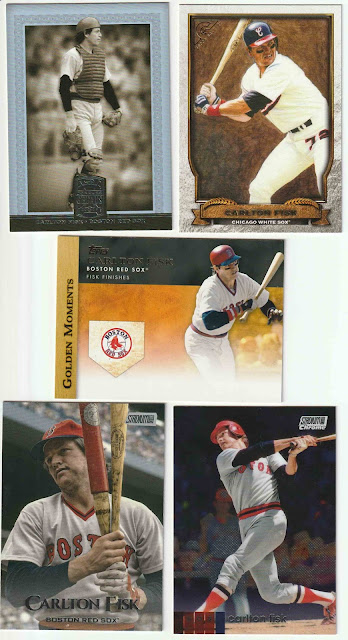 A mix of 2000's to current. I'm guessing these were from a smaller package from Sportlots which is why all these are combined into 1 scan. 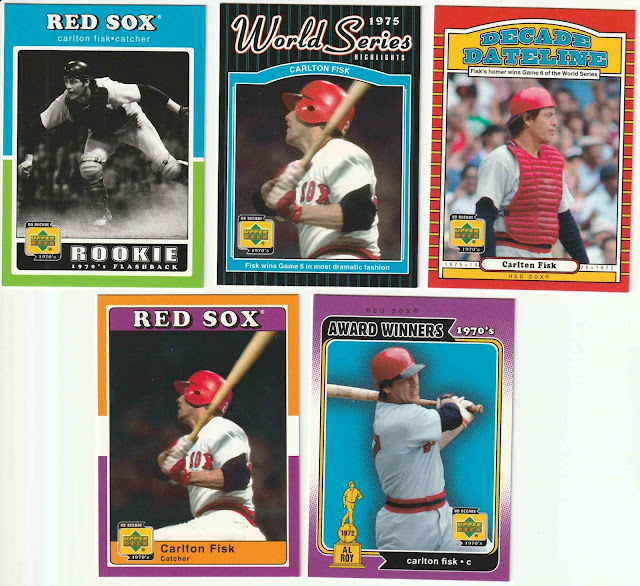 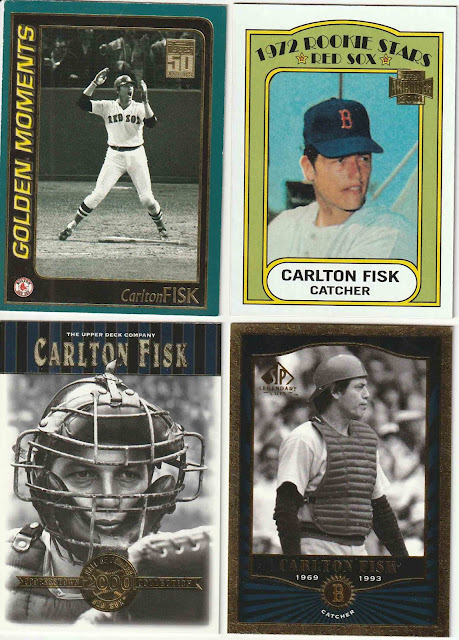 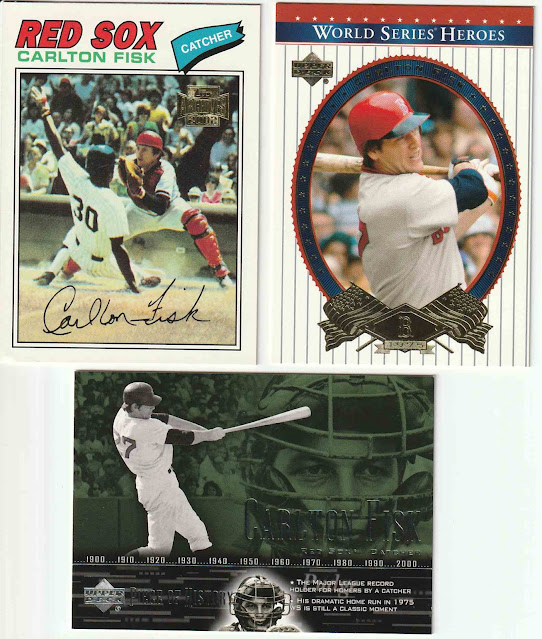 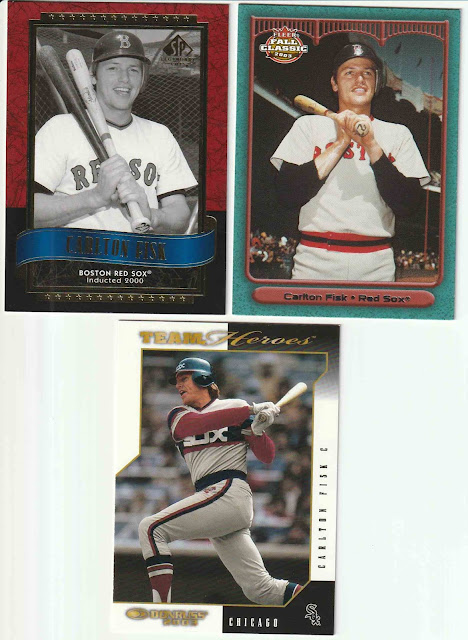 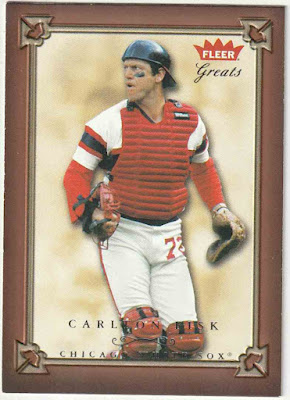 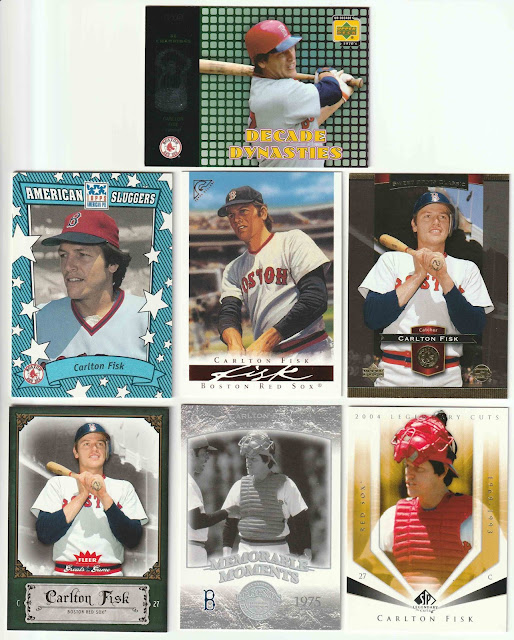 These are another one of those scans from a previous box. That is the 5th Decade 70's at the top. Everything else is through 2004. 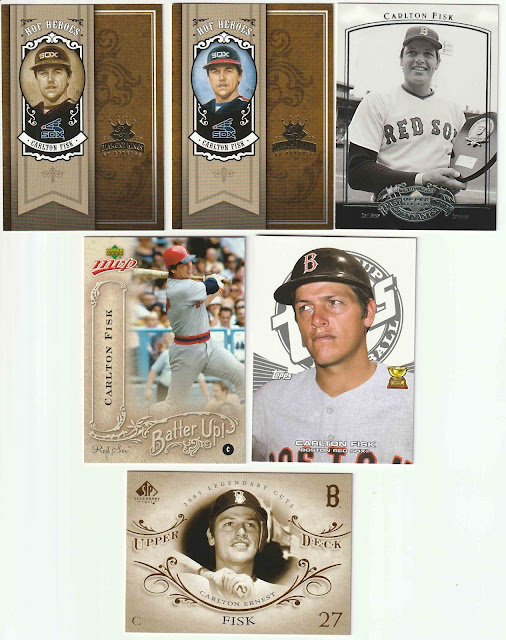 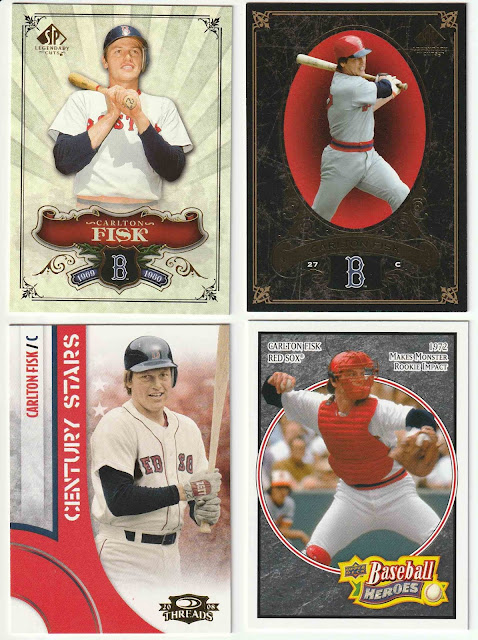 These are from 2006-2008. The bottom left I had never seen those Donruss Threads inserts before. The bottom right is the black parallel. 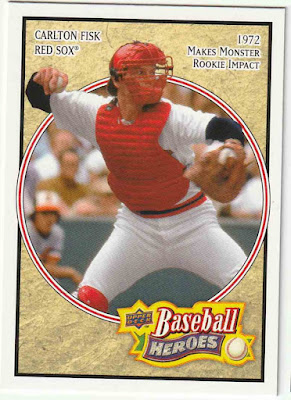 The previous black parallel to this base card. 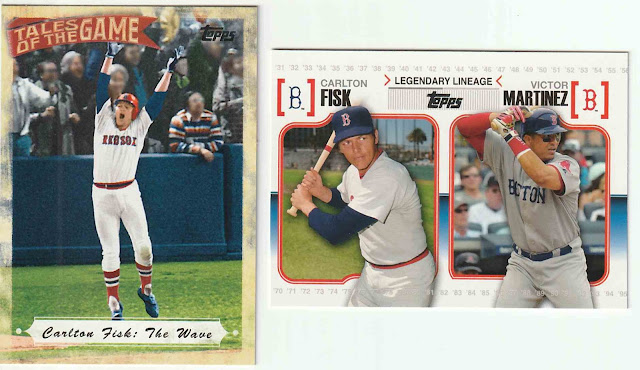 These are both from 2010. I hadn't seen the Tales of the Game inserts before either. 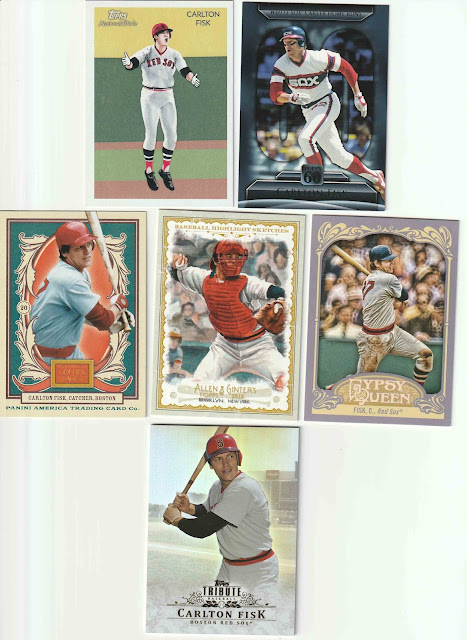 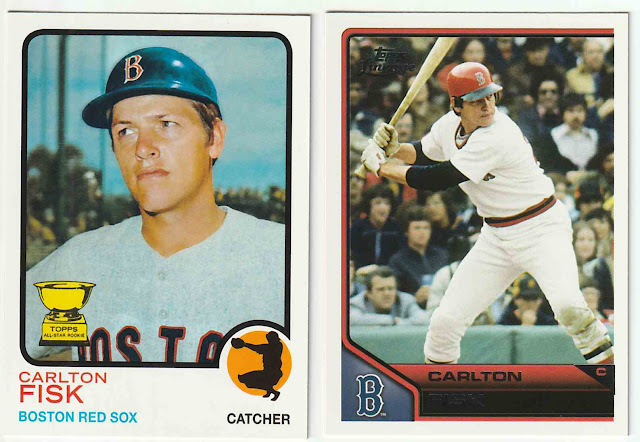 Both 2011's. I thought I had the Lineage already but apparently not. 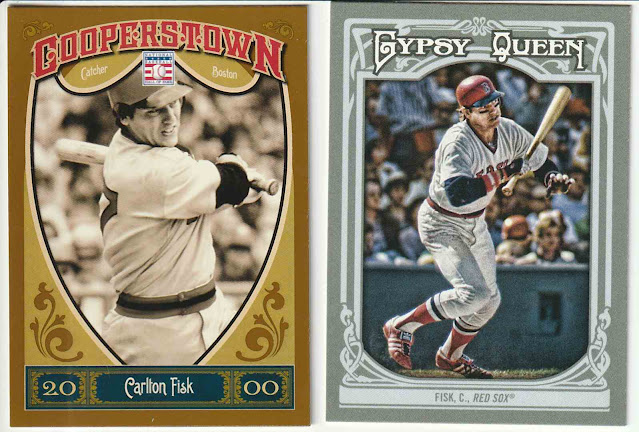 A couple from 2013 and again, I thought I already had the Gypsy Queen. 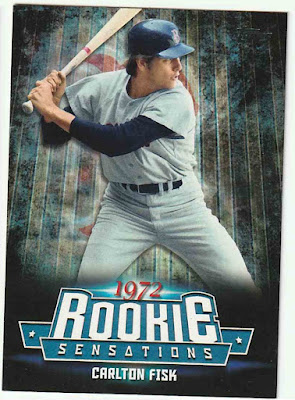 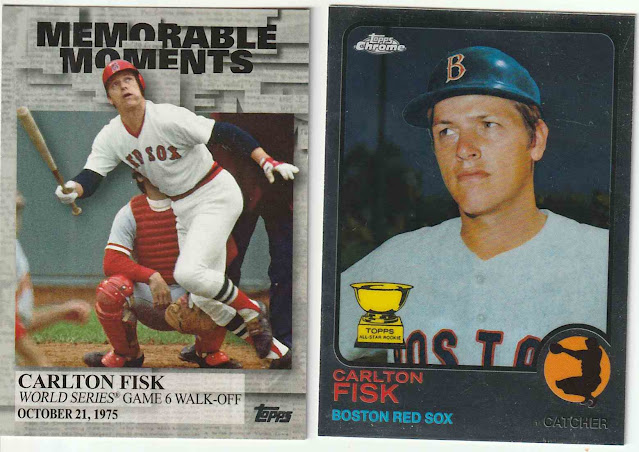 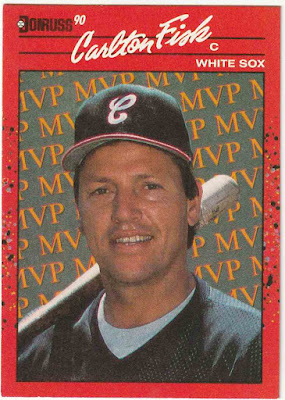 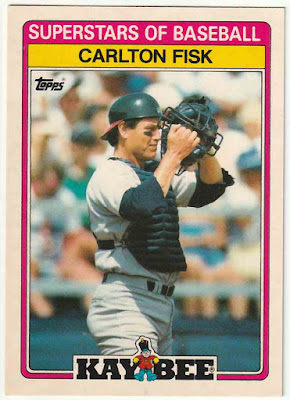 These came from Fred. I would have guessed I had both of these as well. Technically, I have the Donruss but this is one of the many variations so I didn't. I don't actively collect each variation but if I happen to get one, I keep it. 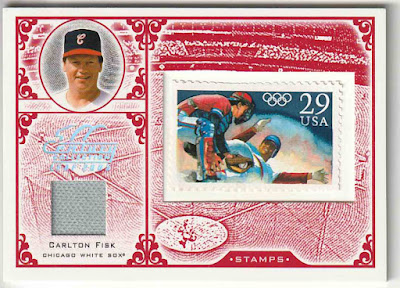 This came from Sluggo. It's a 2005 Leaf Century with a piece of a Relic, an Olympic stamp and it's numbered to /92. He picked it up for me at one of our trips to the LCS.

That's a lot of cards, 109 to be exact. The purchases on this post go all the way back to May so he obviously hasn't popped up in awhile. Let's hope it doesn't take that long to get to his next one since as I said up there, I got some more in the box I opened today. Today's post bumps up the Fisk collection to 330 cards though.