I don't have much to say tonight. I've been working 10 hour days again but this time going in at 4 am so I'm tired so we'll just get to the cards, that's why you're all here anyways.
Some of these didn't make it to the previous Sportlots package but they're here now. I use the box because I don't mind waiting when I'm saving that kind of money. 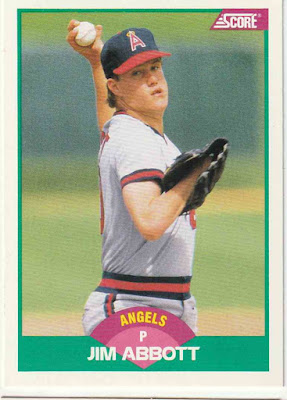 We'll start off with one lone 1989 of Abbott. I do like the straight on view so you can see how he held his glove while pitching. 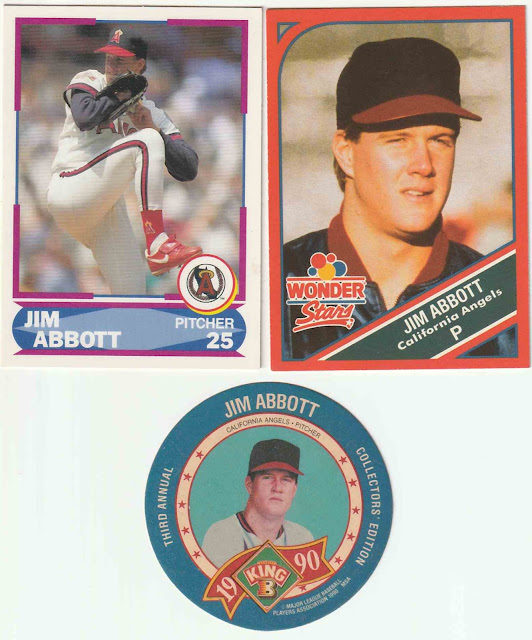 Next up are the 1990, the Score is a Young Superstars. The other 2 are cool because they are oddballs. I've said before that I wish food companies would add cards again. Maybe with the boom in cards again, we'll see it. The top right is Wonder Bread and the bottom is King B. I've seen the King B's before but not the Wonder Bread. Didn't even know they had cards. 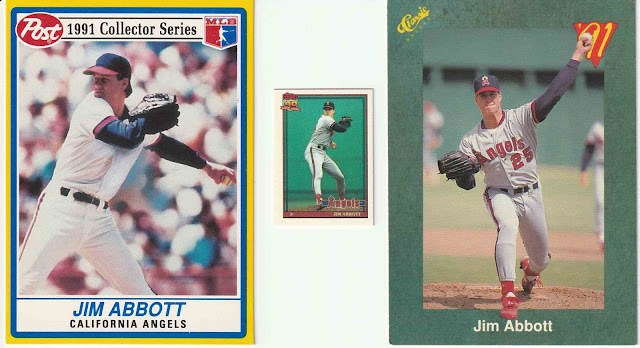 You get another oddball with the 1991 Post, I obviously new about the Cereal cards, those date back quite a few years. Another Topps Micro, I picked up a bunch of those from Sportlots but just one for today's post. Also a Classic. 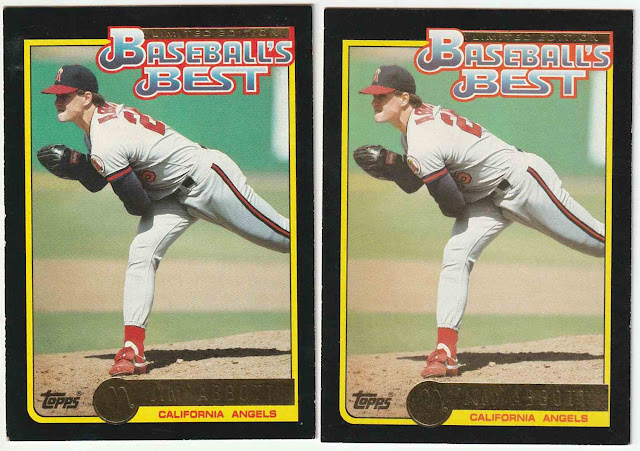 No, they're not technically duplicates. I bought them as variations. I didn't realize at the time the only variation is an extra asterisk. I don't normally buy those, as long as I have one, I don't care about the others. Otherwise I'd have to be buying 4 different copies of 90's Donruss. If I end up with one, I'll keep it but I don't actively search them out. 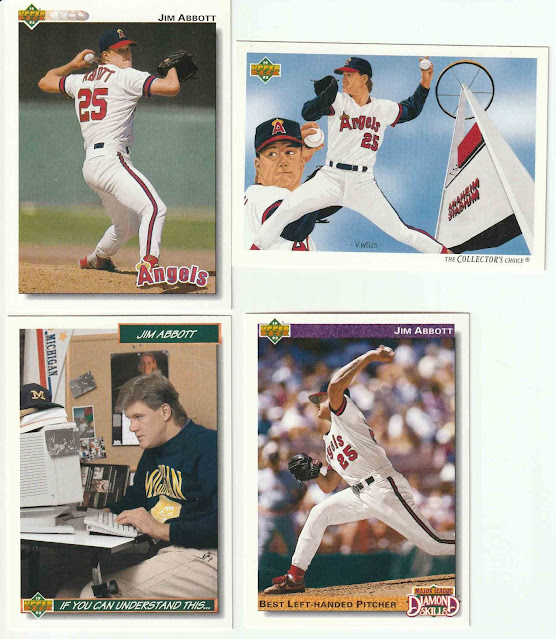 Then you have these. I did pick up all 4 of these variations as they have a different hologram on the back.

My thought on the difference of these and the asterisk is I feel like the hologram was an intentional difference. The asterisk, I feel, was just a printing error. I could be wrong and probably am but there you go. BTW-that bottom left card also goes to the Michigan Collection. 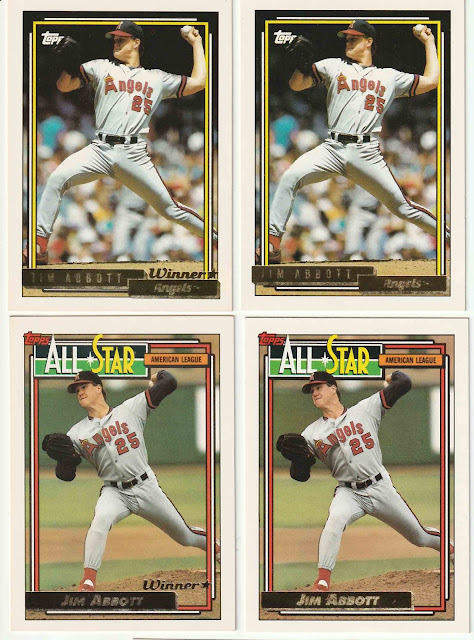 Speaking of variations, more from 1992. On the Topps side again (the McDonalds were Topps). The left are the Winners and the right are the Gold parallel. I wasn't even aware of the Winners parallel until maybe last year. 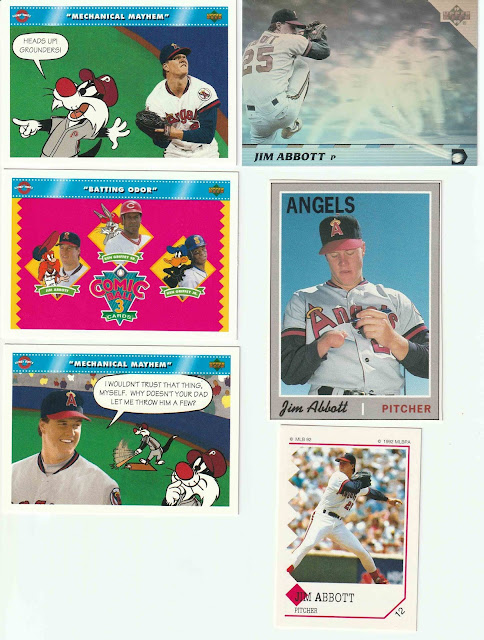 The Upper Deck and a couple of oddballs from 1992. There were a ton of the Comic cards on the right but I just picked up a few of them rather than dropping a bunch of money on one set. The 1970 look-a-like is a Baseball Card Magazine card and the bottom is a Pinnacle sticker. 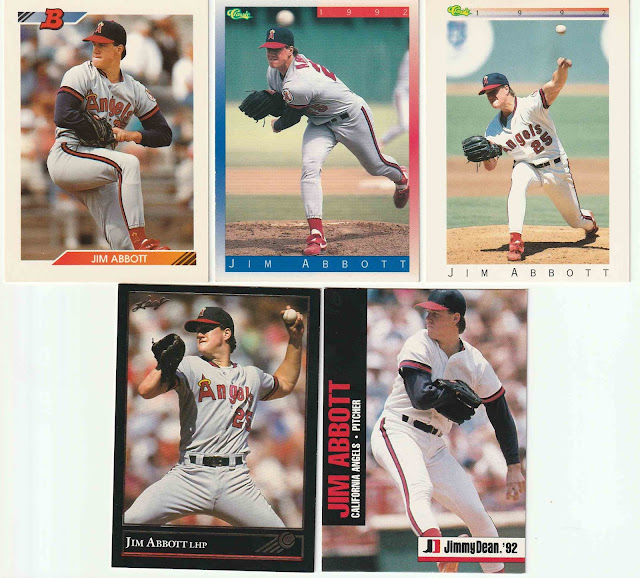 I also picked up the Bowman, a couple of Classics, a Leaf Black Gold and a Jimmy Dean. 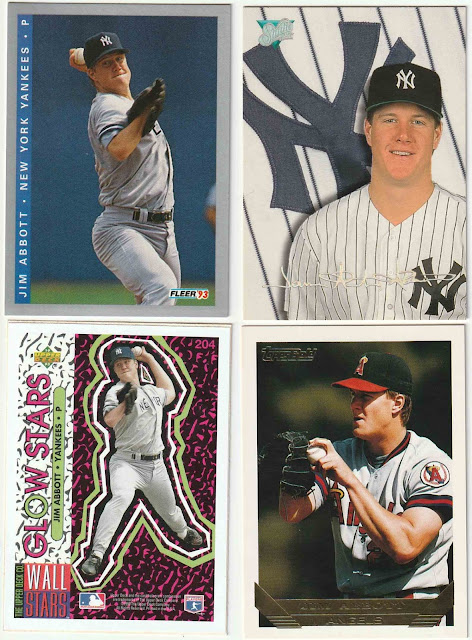 On to 1993, you know, the Yankee years. I do love the Studio's with the uniform logo in the background. The Sox ones look awesome. I'm not sure if I had seen the Glow Stars before and of course, another Gold parallel. 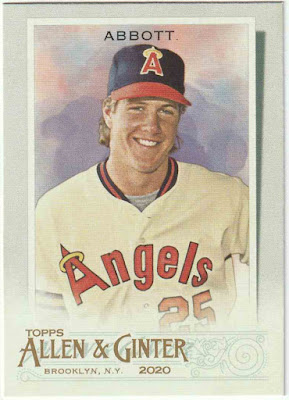 Lastly, I picked up the 2020 A&G. I grabbed this from a seller that I only had 1 card from. I usually try to buy a minimum of 4 because of the price range and to make it worth the seller shipping at a discount and I buy so cheap.
These 33 cards put my Abbott collection at 157 cards. I'm still working my way through his cards on Sportlots so there will be more to come in the next package.
Posted by Jeff Laws at 9:10 PM