A quick post before I head off to bed. Today's random picked up the White Sox Director of Player Development because I collect all the front office staff.

Not really. I liked him when he played for the Sox and even more when I realized he played at Michigan. Double bonus! All but 1 is a parallel as I think have most of his base stuff. 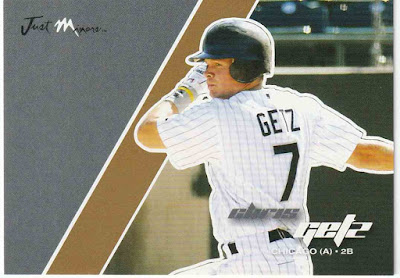 I picked up this 2008 Just Minors Gold. I already have the base, auto and black auto so it's my 4th parallel. 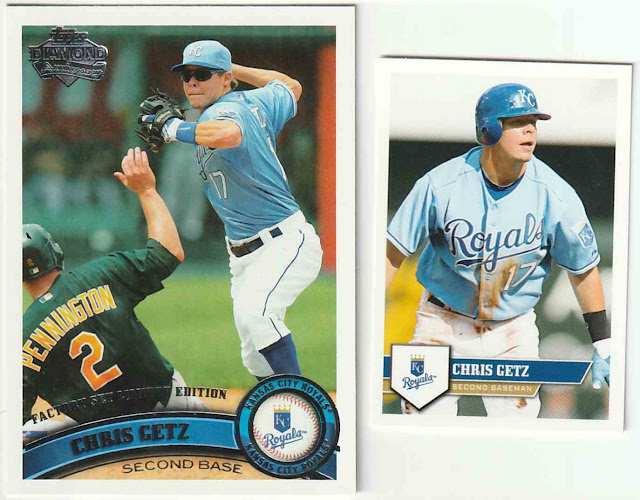 I also grabbed these from 2011. The left card is the factory set version along with the sticker. 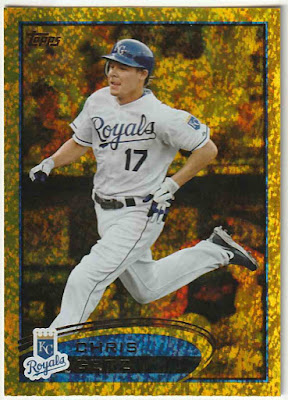 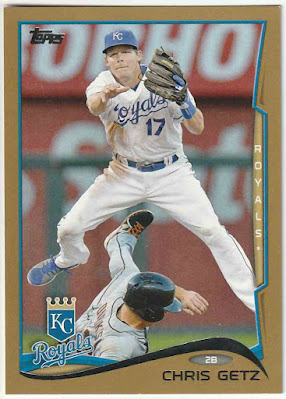 Lastly, the Gold version of 2013. I can't help but seeing that foot and where it's heading. Yikes!

I supposed that's fitting since I'm willing to bet that some of the Getz cards in my collection, probably came from him. I just looked, 3 of them came from him. Including 1 earlier this year.