My White Sox are on a roll so why not show off some Sox cards. That and that's what the random told me to show today. We've won 3 in a row, are over .500 after being right at .500 7 times already this year. The bats are finally coming alive. Kopech got the start today and as of the 3rd inning, we are up 8-1 already. We're currently in 2nd place in the division but we are only 1.5 back going into today. 1 game in the win column and 2 in the loss, we've played 1 more game than KC. 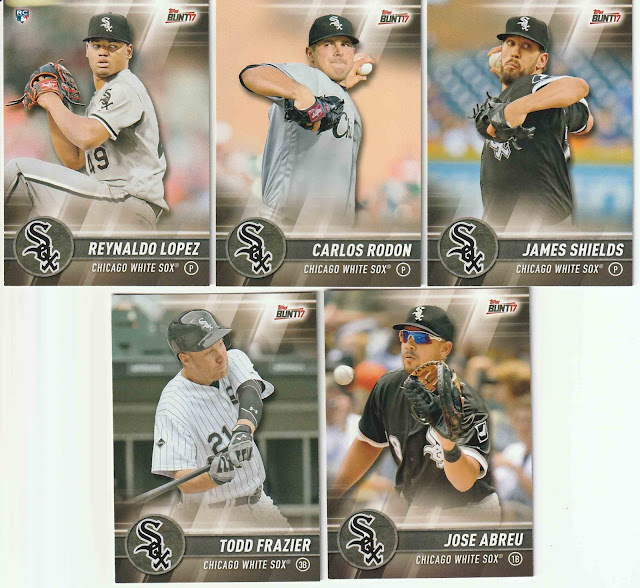 I picked up these awhile ago when I was trying to get 2017 team sets completed. Which these 5 did. That card in the middle is my 49th of Rodon, who just threw the Sox's 20th no-hitter. 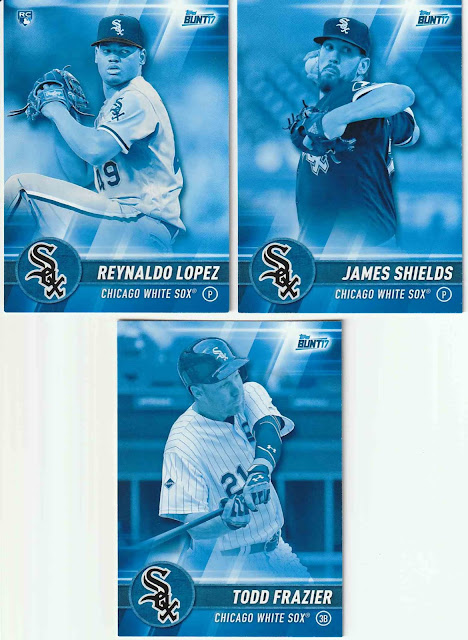 Picked these up while looking at the base Bunt. I'm actually only a couple cards short on this team set as well. This is my 13th cards of James Shields. 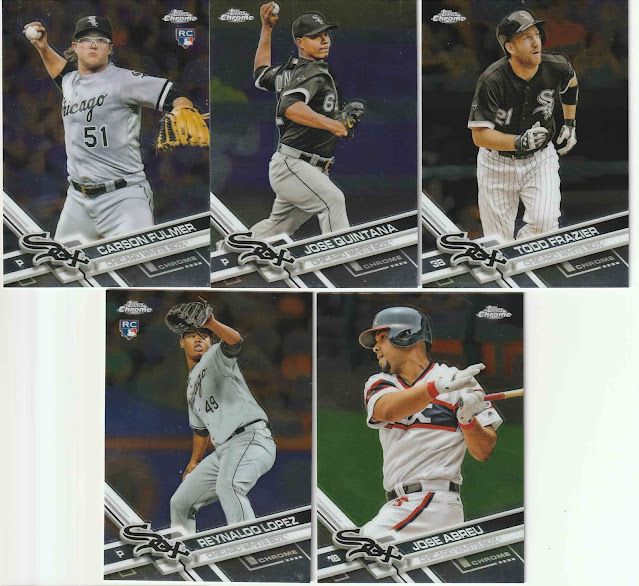 These 5 also complete the 2017 Chrome set. I need to get back to buying Sox cards but I'm having so much fun going through my player collections. This is my 34th card of Fulmer, 22nd of Q, 33rd of Frazier and Reynaldo, and lastly, my 146th card of the current MVP.

Once I get close to my budget when shopping on Sportlots, I look to see which sellers I haven't bought at least 4 cards from and look through their inventory just to see if there's anything I need. That's what the following cards are. 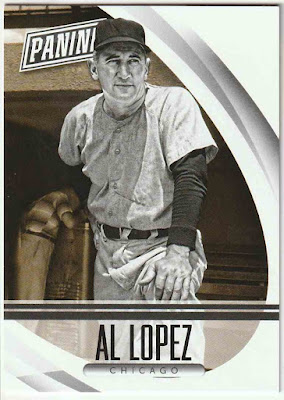 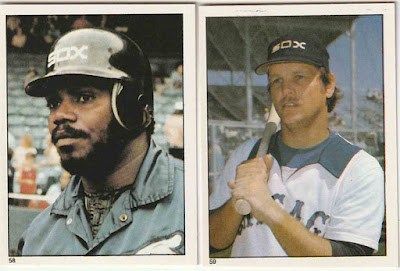 I picked up these 1981 Topps Stickers from a seller. I only have 3 for the team set but I do enjoy getting these early 80's stickers. This is my 11th card of Lamar Johnson and my 10th of Wayne Nordhagen. 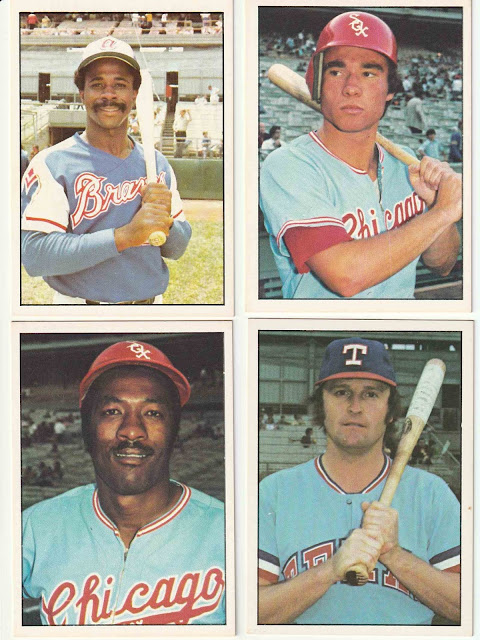 I picked up these 4 from the 1976 SSPC set. I know 2 aren't in Sox uniforms but they were listed as Sox cards on Sportlots and if you've used it, there isn't many pictures. It does have the Sox listed as their teams on the back so they would still get counted as Sox collection. In order of appearance up there, this is my 7th card of Ralph Garr, 3rd card Nyls Nyman, 10th card of Pat Kelly and my 11th of Jim Spencer. 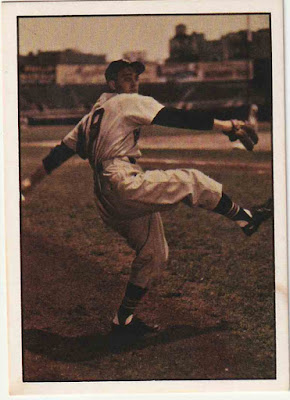 Lastly, I picked up this Billy Pierce from 1979 TCMA. I was happy to grab this card as I don't have a bunch of him. This is only my 7th card of his and the majority of those are post career, as this one is.

If you want an update since it took me awhile to do this post, KC won again today and the Sox are up 4 in the 7th.
Posted by Jeff Laws at 5:12 PM