The Sox looked better last night. Mr. MVP had the first grand slam of the season and one of our rookies went 5-5 and it wasn't even one of the big names. Yermin Mercedes, who's a 28 year old rookie who bounced around for years finally got a chance to start and he made the best of it. It was pretty awesome to see. I'm a little worried about Moncada though as he had an 0fer with 5 strikeouts. They just started tonights game so we'll see if they can get above .500.
Today's post isn't the new guys though, more old schoolers. These are all Tier 1 Collections and we're all picked up at the card show I went to a couple of weekends ago. 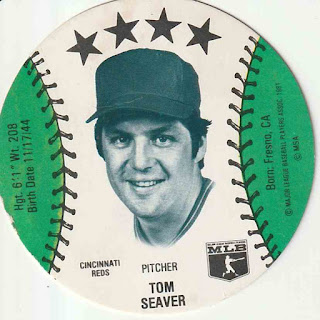 I thought this was a great find, it's a 1981 MSA Mini Disc. I only paid $.50 for it so regardless of what it was, an oddball for $.50 is a great find. Apparently my scan cropped it, it is a full circle in real life. 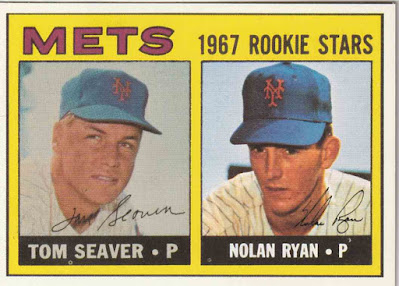 This Tom Seaver/Nolan Ryan rookie was also $.50. Okay, so it's not real, but a promo but for half a buck, I still picked it up. It must be around some though because it is on TCDB. Here's the back. 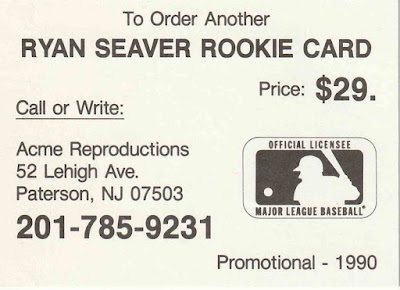 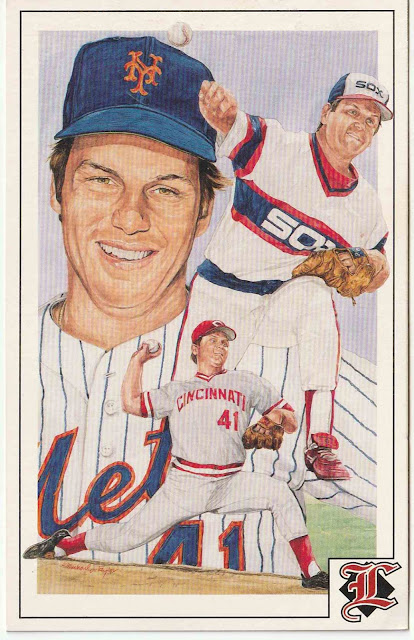 Lastly for the Seavers, this was a postcard but it was only a buck. I like that it shows him with the 3 teams he's most know for. This wasn't on TCDB, but like I said, it's a postcard.
These cards give me 511 of Tom Terrific. 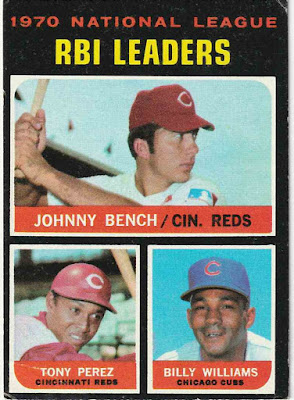 I mentioned in my last post that I had another 1971 card but it was a PC, here it is. There were 2 different leaders cards with Billy Williams but I had the other one so I gave it to Fred. Technically, this is also a Johnny Bench collection card so you may see it again. This is my 104th card of Billy. I'm in 2nd place on TCDB but a long ways away from fellow blogger Wrigley Wax (I assume it's the same guy anyways). 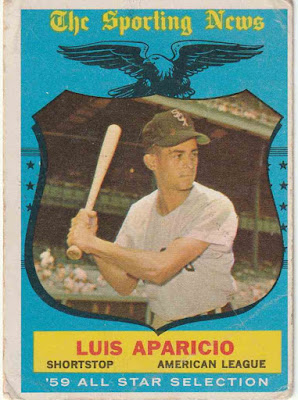 This was my favorite find of the card show. It was also $.50, I assume because it's a little beat up but I don't care. I have a bunch of his playing days cards but I didn't have this one yet. This makes 113 cards of Little Louie.
Sox are down 1 at the start of the 4th. We've got the talent to come back, let's hope they do.
Posted by Jeff Laws at 10:22 PM