I watched Carlos Rodon's near perfect game when I got home from work today. He still got a no hitter after hitting a guy in the toe with 1 out in the 9th. It was good to see as he has struggled quite a bit in the last couple of years. We even released him before the season but then picked him back up cheaper. He's definitely been proving himself this year, he has been one of our more steady pitchers and that says a lot with our staff. 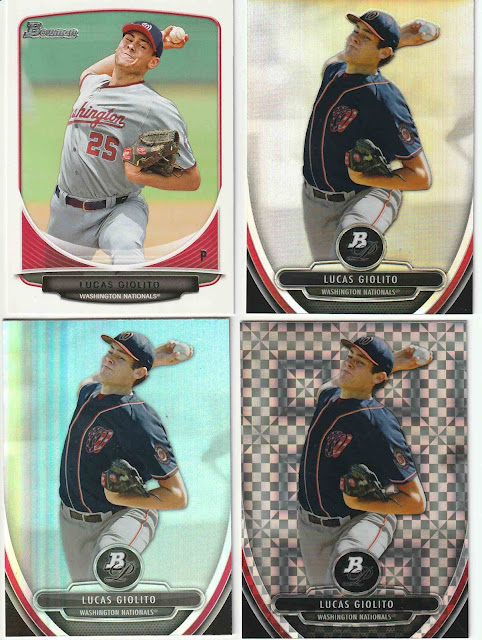 I didn't have much of Giolito pre-White Sox so I grabbed a bunch. These are 2015 Bowman products. As you can tell, 3 different parallels of the Platinum.

Some more Bowman, shiny and tiny, err, I mean mini. These are from 2014 though. 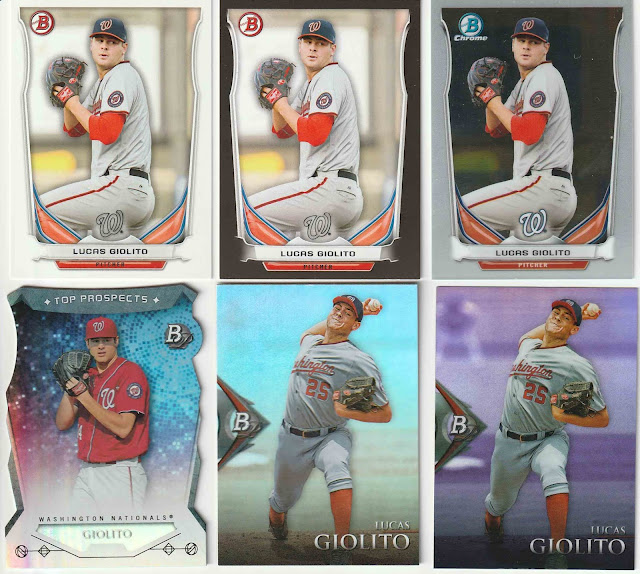 More Bowman from 2014. I do like the background of the die cut. 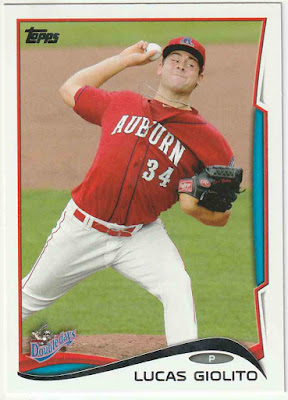 Yeah, something other than Bowman. Granted, it's a minor league or college I guess with the uniform. 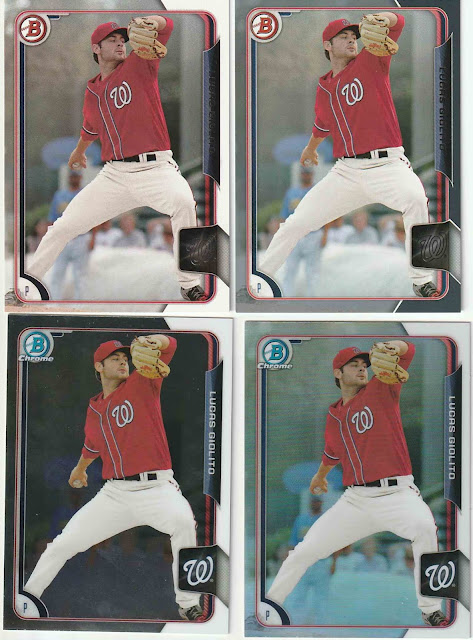 Yeah, some more Bowman. That was a sarcastic sentence. We've moved up to 2015 now. 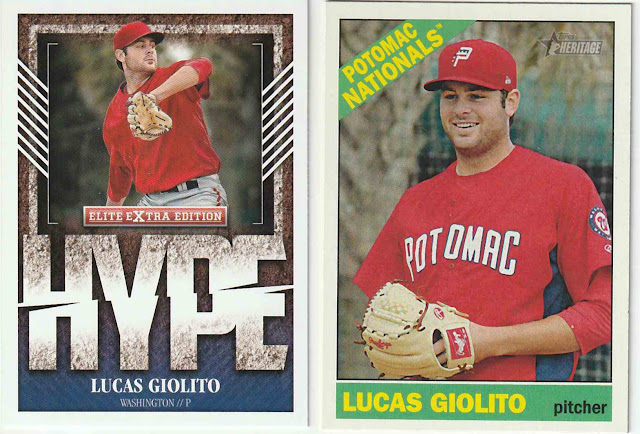 A couple of non-Bowman for 2015. A non-licensed Panini and a real minor league uniform. 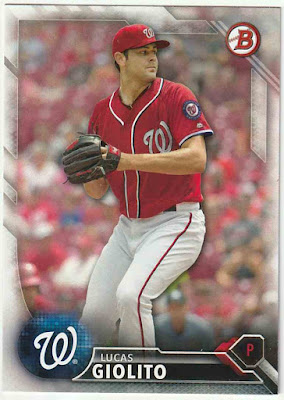 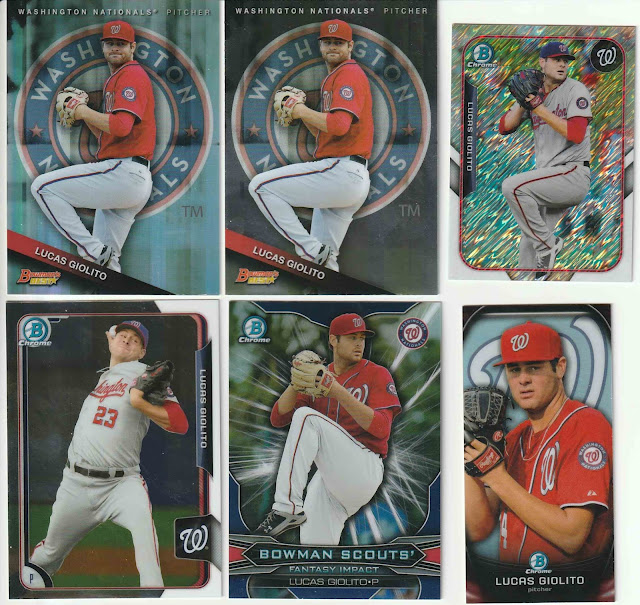 You'll never guess, 2017 Bowman. Those Bowman Best cards are pretty cool, I like the big team logo in the background. 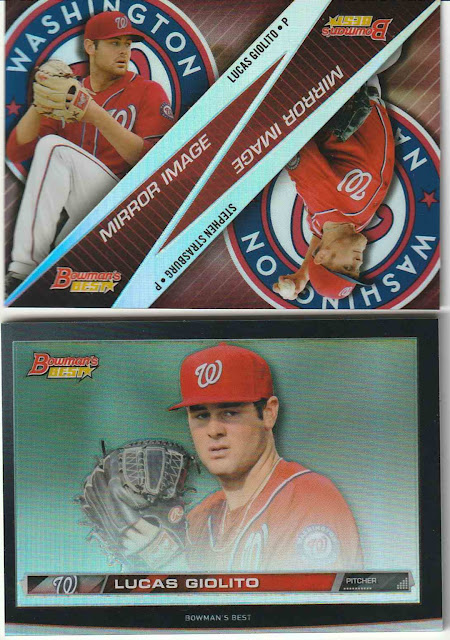 I made sure to put the Mirror Image with Giolito on top. Nobody's heard of the Strasburg guy anyways. 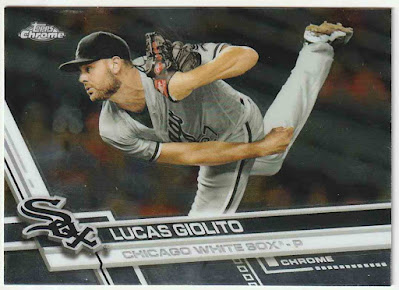 I picked this up filling in to 4 cards from a seller as I said I do in the previous post.
All of the above cards came from my latest Sportlots package. 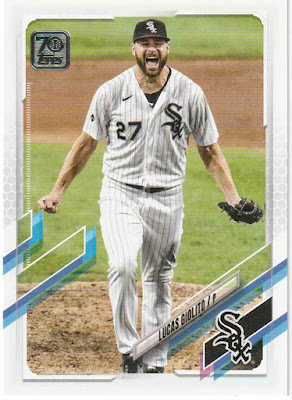 This was another card from Chris at Nachos Grande breakers club. That's where most of my 2021 cards have come from so far.

These 31 cards give me a grand total of 88 cards of Lucas and moves me up to 3rd place on TCDB. The #1 spot isn't really far away and I have more of Giolito coming so we'll see if we can't take it.