With the NBA kicking off last week, it's easier to show off NBA cards. Not that that would have stopped me from showing them before but it sounds good.

Tonight is game 1 of the World Series, I doubt I'll watch it as we are way behind on the DVR but I will definitely be following it. I'll probably be in bed before it ends. 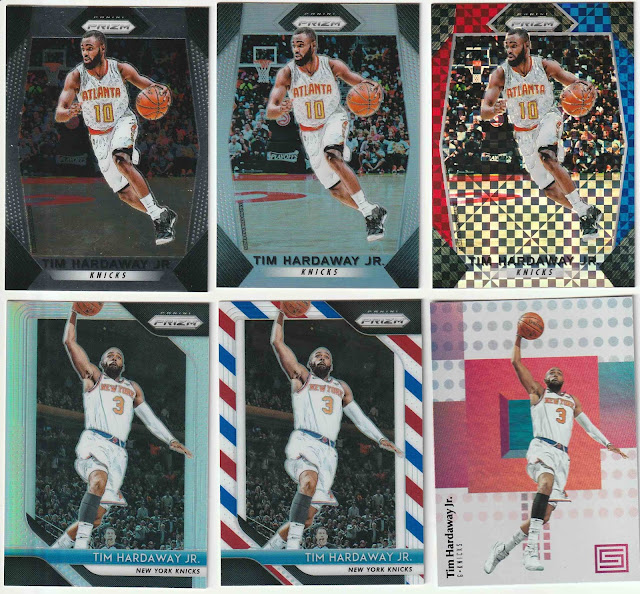 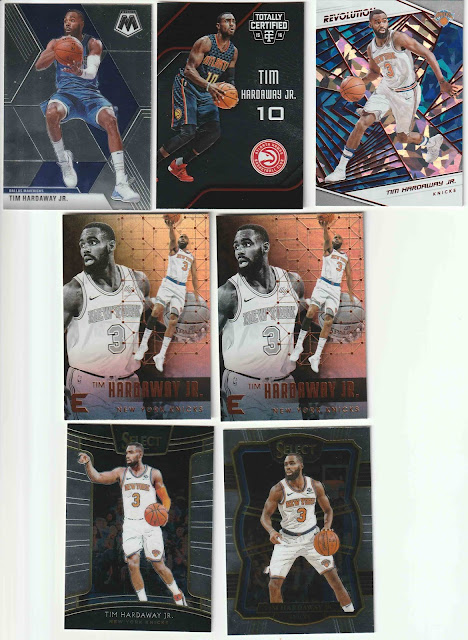 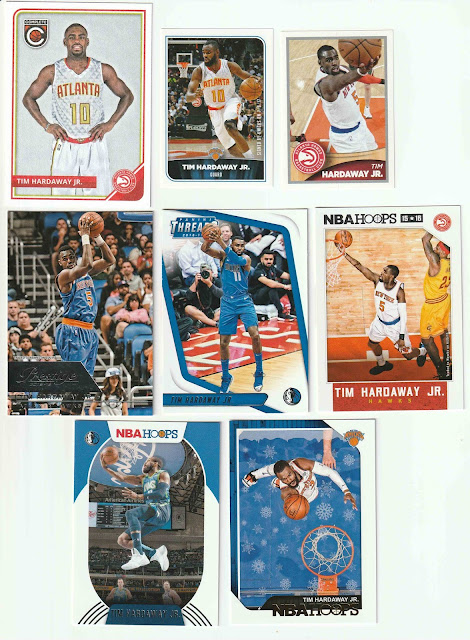 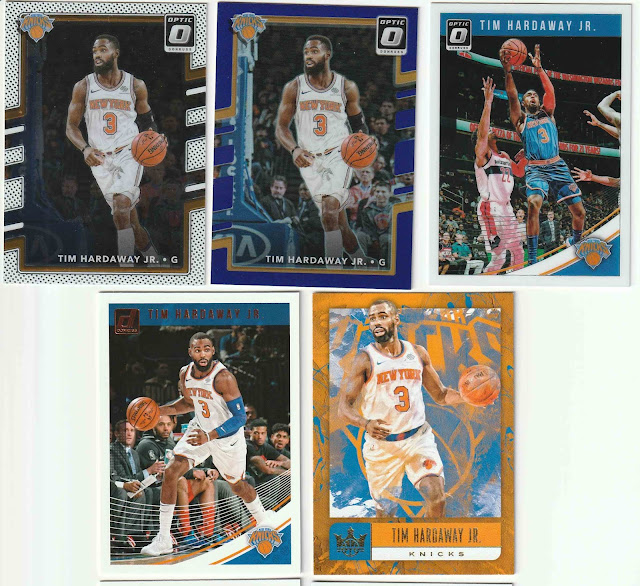 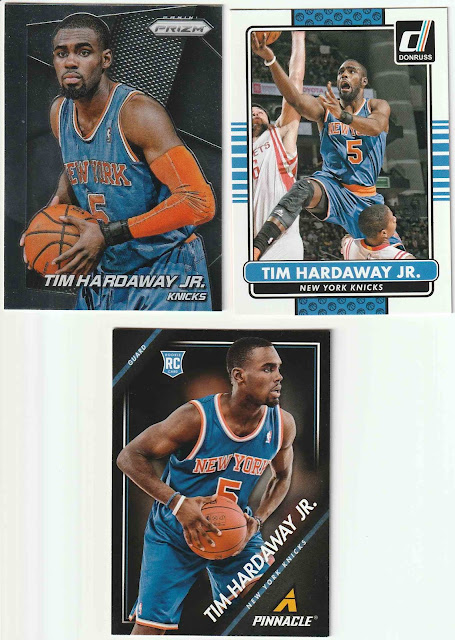 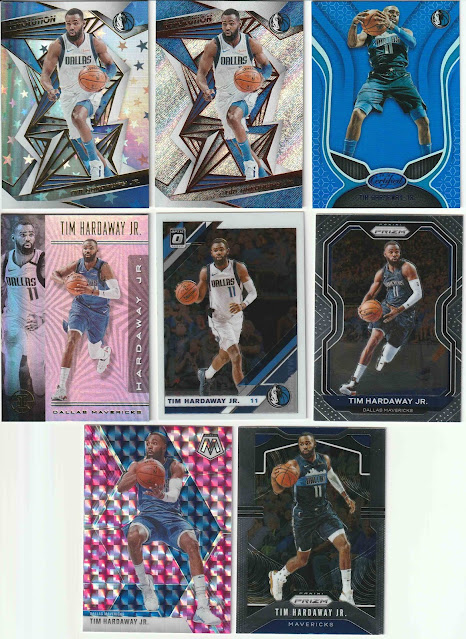 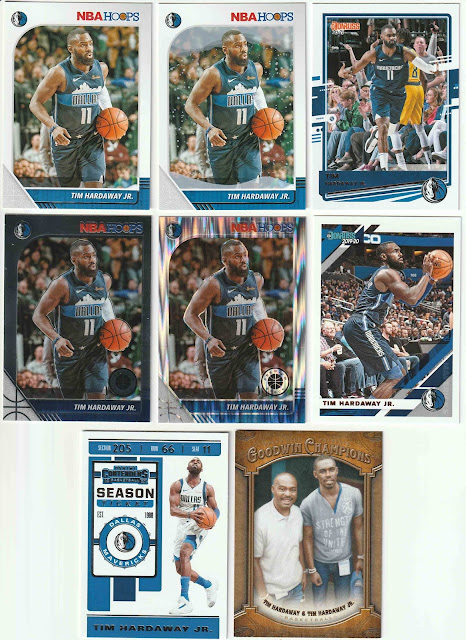 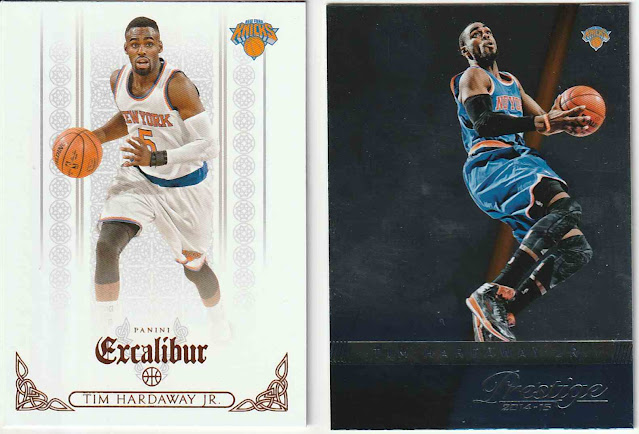 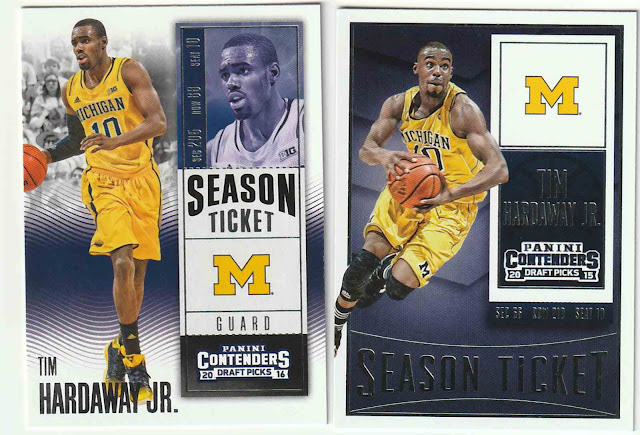 All of the above came from Sportlots, 2 different shipments as it's been awhile since I posted Hardaway cards. 5 months to be exact. That's 49 cards, just from Sportlots. Lots of great cards up there but you know the last 2 are my favorites and they both have the block M on them. 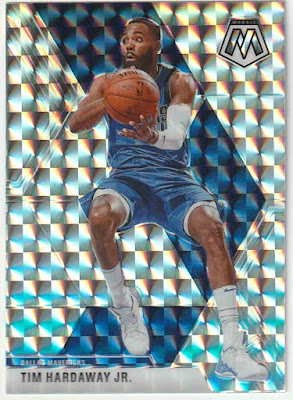 I picked up this Mosaic Prizm card at the card show in Shipshewana. Believe it or not, in a dime box at that. From the afore mentioned couple that I've bought a ton of cards from. 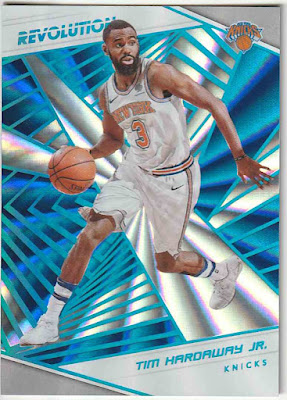 This Revolution Starburst was $1 at the Kalamazoo card show. Those last 2 are nice card show pickups. Look at it this way, divide it up and I only paid $.55 each for those 2 cool looking cards. This card is also numbered to /75 as well. 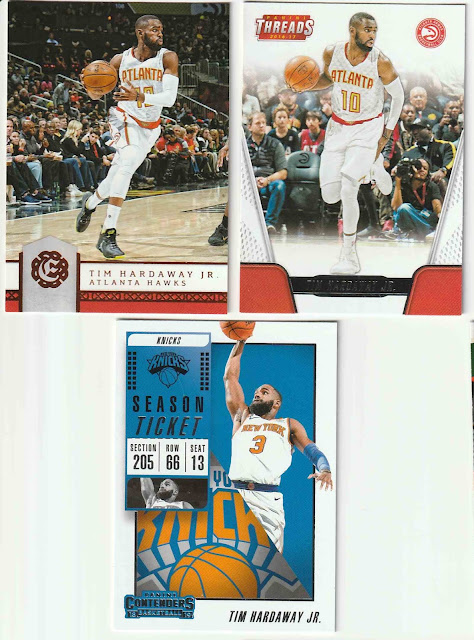 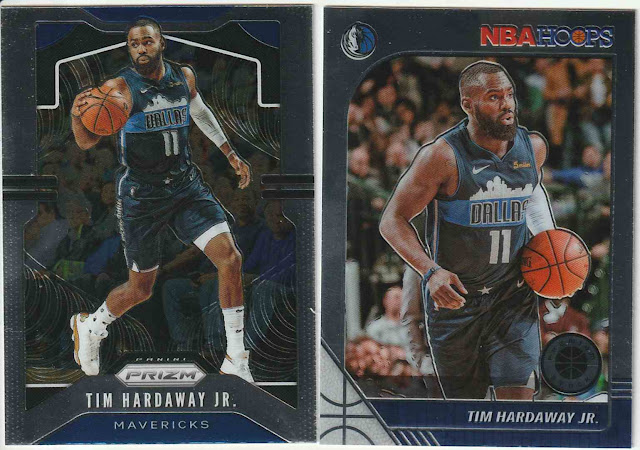 These last 5 all came from Sluggo when I was going through the NBA cards. You get 3 different teams in 2 scans.

These 56 cards, once again, over doubled my previous collection as the Hardaway collection is now at 81 cards. For those bad at math, that means it was only at 25 cards before all these purchases. Tim is my highest basketball player collection.