We finally got to a baseball card post, still a Michigan guy but you all should know him. I've been meaning to boost his collection for awhile and I finally did. I knew he'd finally have some cards unlike some of the other Michigan baseball guy posts who pretty much have their draft pick Bowman cards and that's about it. 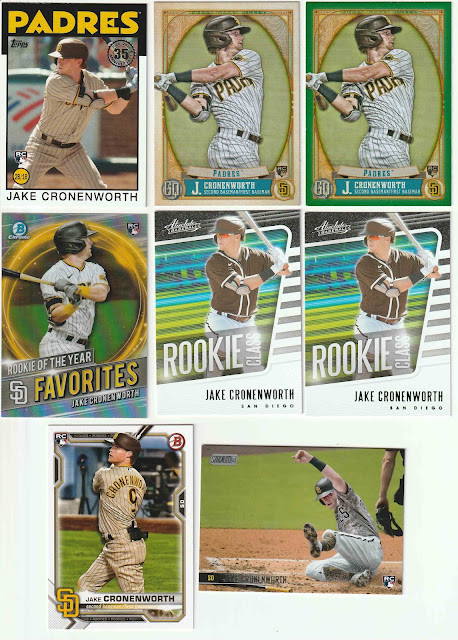 I picked up these 8 cards of the former rookie of the year at the card show in Kalamazoo a month or so ago. One of those Absolute is a green parallel but you can't tell that in the scan.

I knew after the rookie of the year that they'd start producing more cards of him. It's nice to see because I have a ton of Michigan guy football cards but not very many baseball. Excluding Larkin, Abbott and Getz because I collected them before I started collecting Michigan guys.