I was working on getting my latest Sportlots box logged and scanned but I only got them logged as my brother called, he needed help moving some of his daughter's stuff as she was moving so my daughter and I went over and helped out. When I got home, I kept logging but didn't get them finished so hopefully, with no interruptions, I'll finish them tomorrow and get them scanned.

Today's random gave us one of our starting pitchers, he's struggled a little bit the last few starts but it's his first full season so even if he struggles the rest of the season, he's still pretty good.

I mixed up my scans from the last couple of Sportlots shipments and I don't feel like looking everything up to give you years. I do know some, just not the Bowman's, they all look alike to me. The first 6 or 7 scans came from the first sh 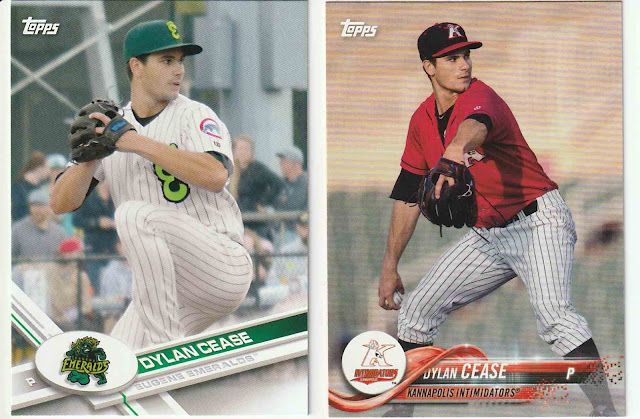 We'll start off with a few minor league sets. I don't recognize the team on the left so I'm guessing they are a Cubs affiliate. 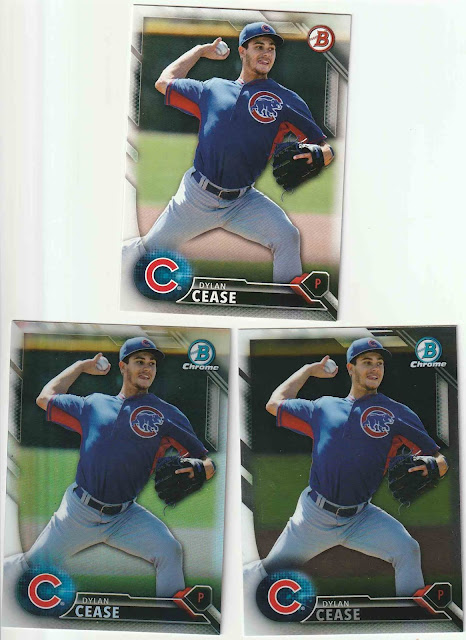 We'll start off with some Cubs cards from 2016. Obviously different variations of Bowman Draft. 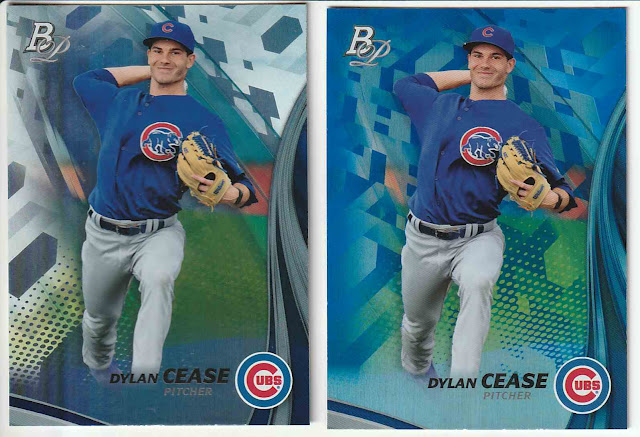 A couple of variations of Bowman Platinum from 2017. I know Cubs fans are hating these cards as Dylan was part of the Eloy trade. 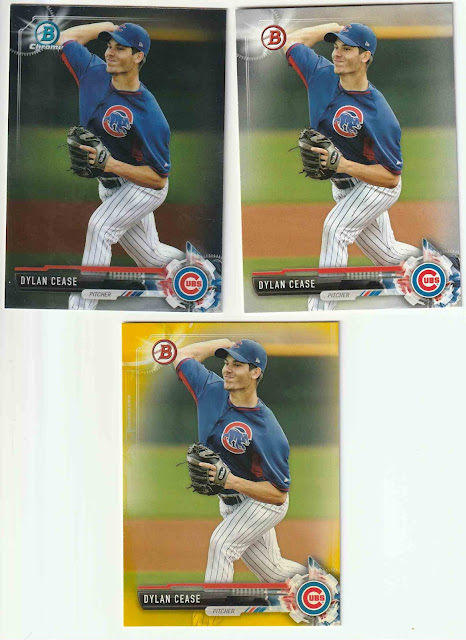 Some more variations of 2017 Bowman Prospects. 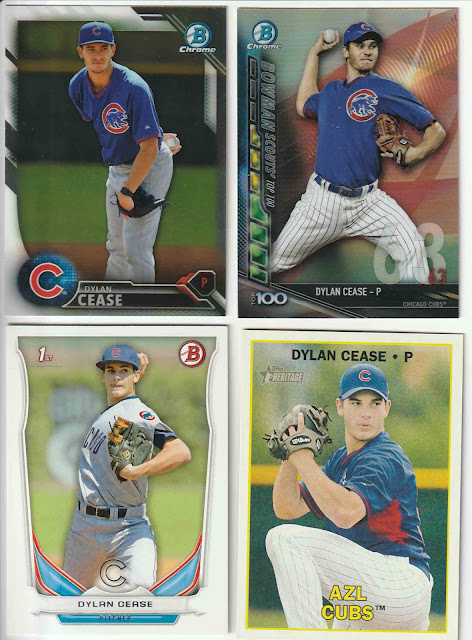 A mixed lot here, I think I just scanned the rest of the Cubs cards I had left. The bottom left is 2014, top left and bottom right are 2016 and the top right is 2017. See what I mean about throwing the last of the Cubs cards together. No organization. I should be fired. 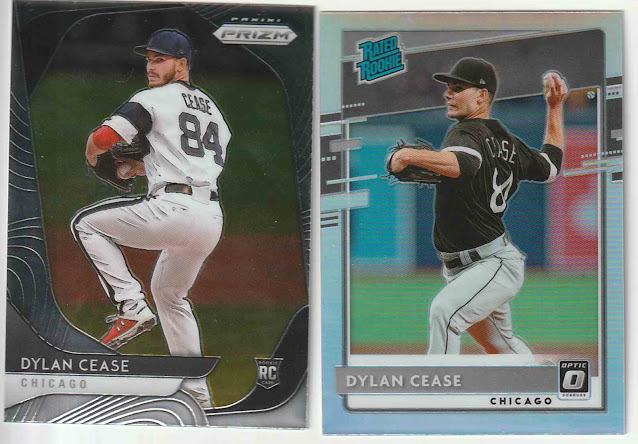 These are both from 2020. I hate when they mess with the colors on the 1983 uniforms that they wear on Sunday home games. I understand covering their name and such because of lack of license but why the colors? The optic is the Holo version. 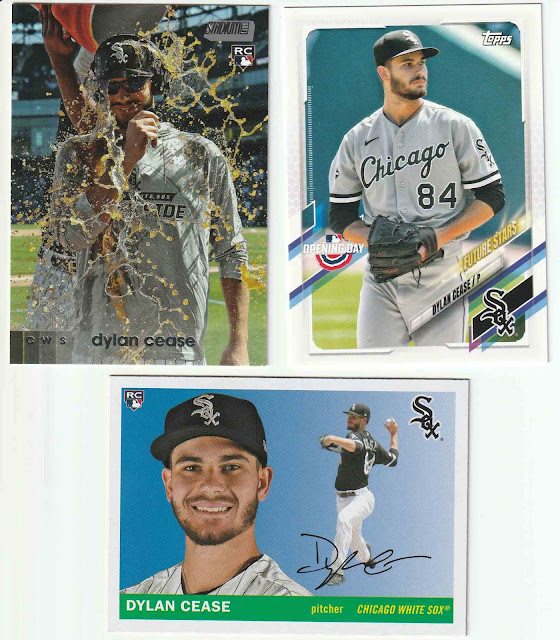 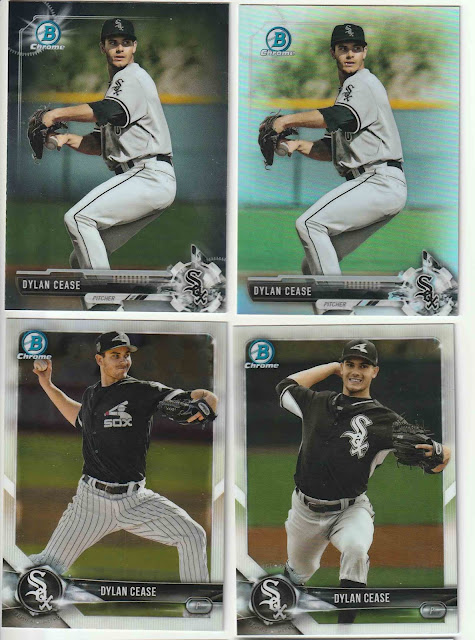 Dropping back a couple of years, the top row is 2017 Bowman Draft and the bottom row is 2018 Bowman prospects.

All those top photos are from my first package of Sportlots, the next are from the latest so they are organized by year. 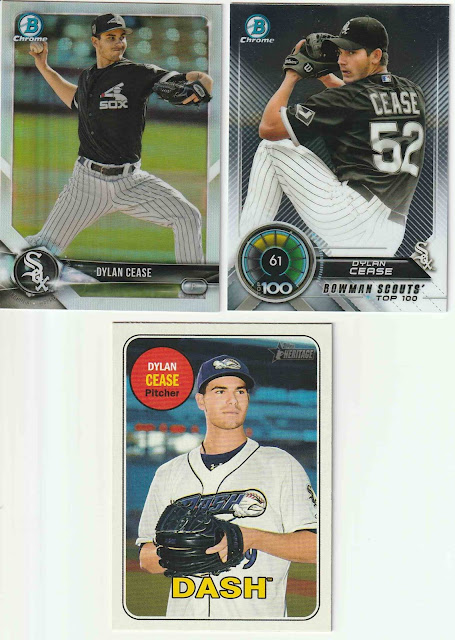 These are all 2018. Bowman Chrome on the top and Heritage minors on the bottom. 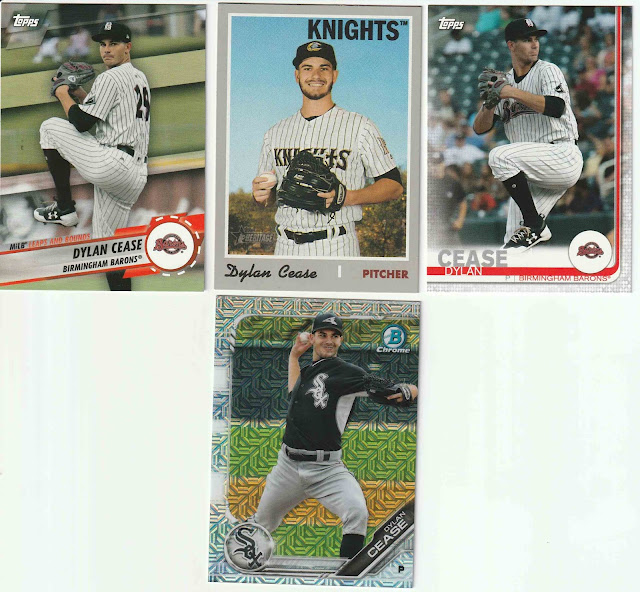 These are all 2019, the top row are all minor league sets and the bottom is obviously Bowman but it's a mojo refracotor. Nice to pull that for under $.50. 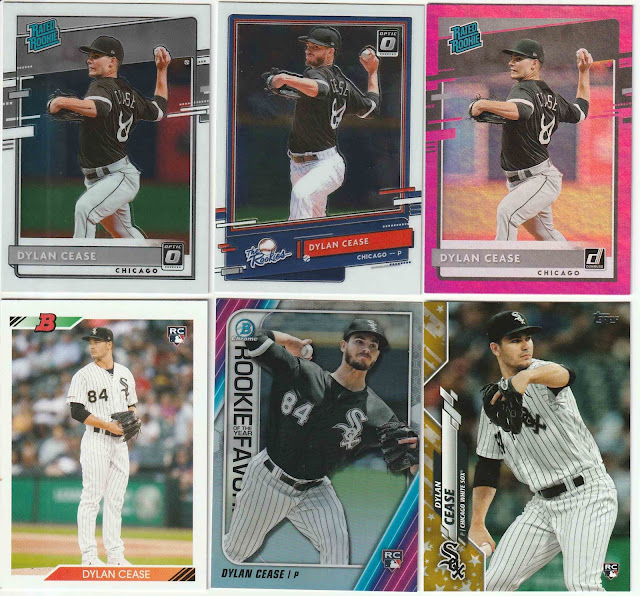 2020's. When I scanned these, I thought the top 3 were all the same photos but that middle one is different. Almost the same position in his pitching motion, but he has a beard. Maybe he had a Sox logo on his chin and they photoshopped it on.

That was the last of the Sportlots purchases but I got a few more. 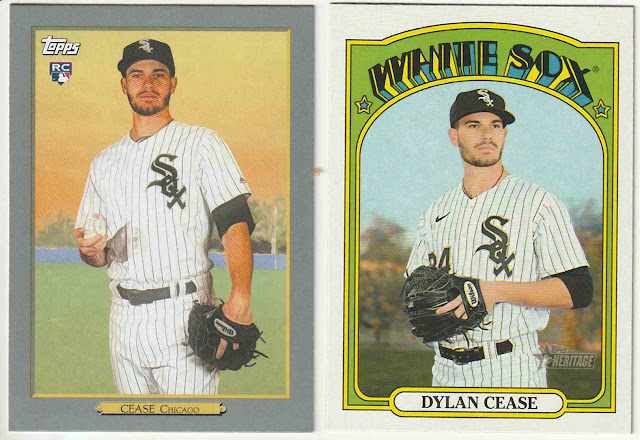 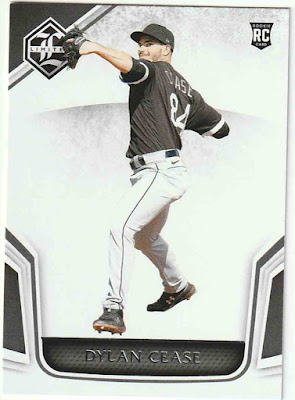 That was a lot of Cease, these 39 cards put his collection at 59 cards so you can see where it really boosted it, more than doubling it up.