Today's post is one of my favorite 3rd basemen of all time. His time in baseball was cut short because of back problems but I loved his glove and bat, especially during our championship run in 2005. 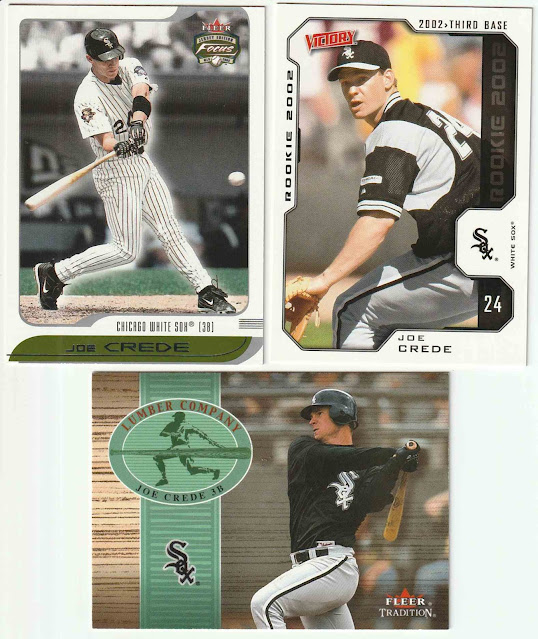 These 3 from 2002, 2 Fleer which isn't surprising since they put out a ton of sets in this era. I like the look of the bottom card. 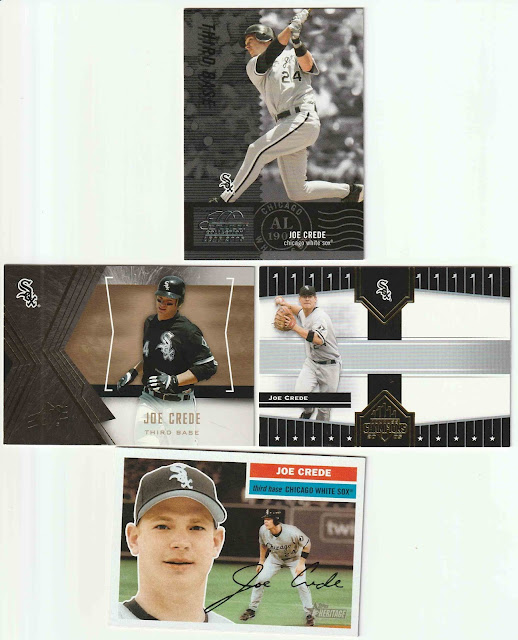 Speaking of our championship year, although technically since they are 2005 cards, they have 2004 photos and stats. I like the Champions card but I feel that they could have done more with it. So much empty space. You know I like the Heritage as well. 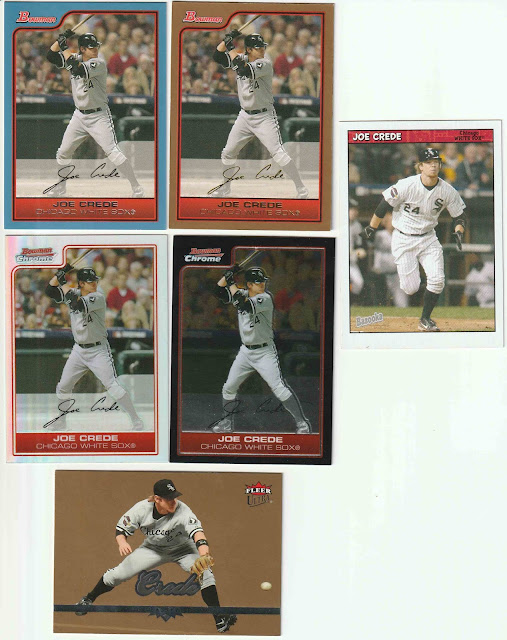 These would be the 2005 pics and stats because they are 2006 cards. Lots of Bowman up there. Great action shot on the Ultra. 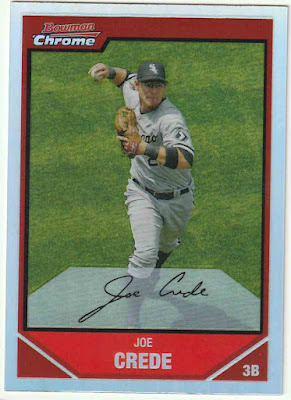 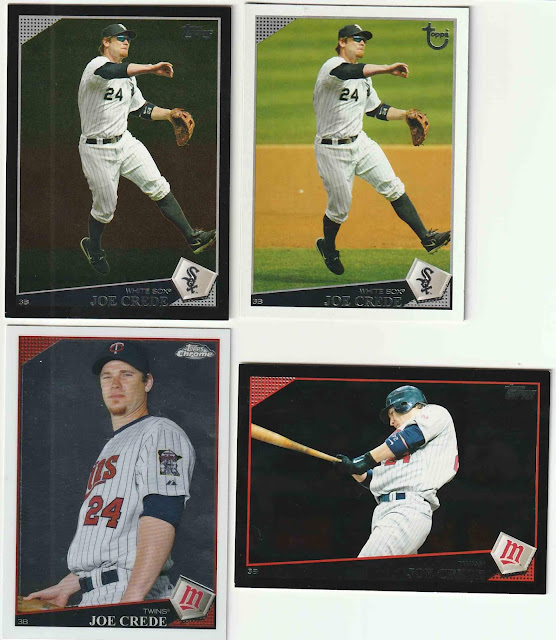 All 2009 Topps variations and sets with the same design. Sadly, this was when Joe left the South Side for the Twinkies. 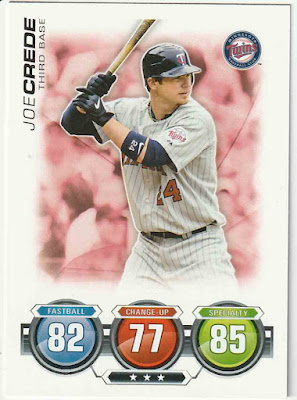 Lastly, one card from 2010 which was his last year playing. 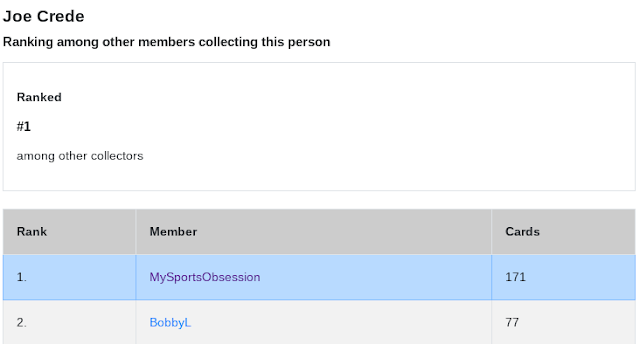